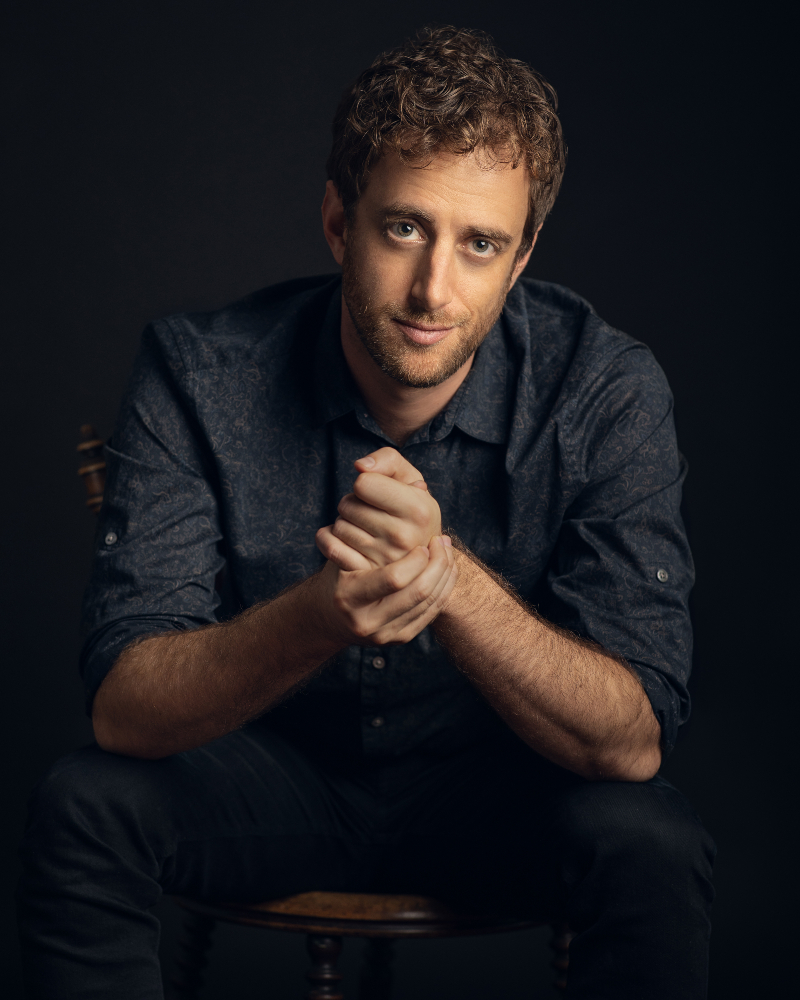 Since completing the Canadian Film Centre’s CBC Actors Conservatory program in 2016, Dan Abramovici has expanded his creative talents by adding writer, director, and photographer to his resume. In addition to his acting chops, Dan has explored the Canadian screen industry and found himself behind the camera telling his own stories. CFC sat down with Dan to discuss his indie short film Liminal, which takes viewers on a journey into Dan’s perspective on sexual exploration and the self-images we create to journey through an ever-changing culture. Additionally, we get the scoop on Dan’s upcoming film, Spaceman.

What is your short film Liminal all about?

Liminal is about a man, Steve, who lives both his past and present concurrently. As time is compressed and he flows through spirals of love and sexuality, Steve finds himself in a transition; stuck between a family life built on half measures, and a desire for a more authentic experience.

Liminal is about sexual fluidity and the struggle of having to define oneself. It’s about the interaction between being stuck, and about the consequence of living a life of false starts and half measures. It is a personal story, but one that I hope is open to the viewer’s unique interpretation and projection.

Who or what inspired the conception of the film?

I had done a couple of comedy shorts and co-wrote a comedy feature, so with this project, I really wanted to do something different and push myself as a storyteller, and tackle something more challenging.

With a childhood spent in Israel and adulthood in Canada, I often found myself adjusting to expectations, both real and imagined, while sliding between definitions on any number of spectrums. This has shaped a fascination with how we come to choose our masks, whom we wear them for, and what happens when they no longer fit.

I wanted to use the abstraction of dance and movement, things both visceral and intangible, to communicate an experience I could not express with words. 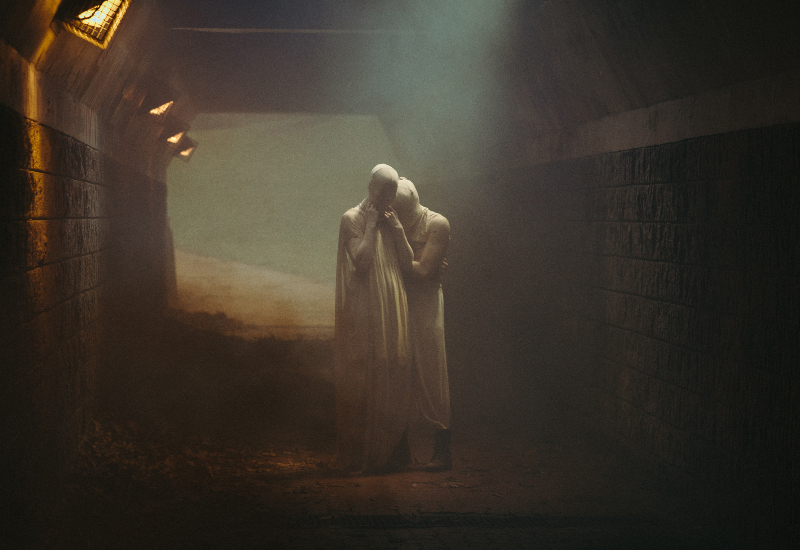 Can you tell us about the production process? Are there any highlights from the filming experience that stand out, or were integral to the making of the film?

Liminal has a dreamlike flow to it, and it was important that it feel like one long take, so we are constantly in Steve’s head and unsure of what is real and what is imagined. We needed to do a lot of mapping to create that flow. On top of that, we needed to simulate a day-to-night cycle within one shot, needed to slide in and out of our protagonist’s subconscious, explore sexuality and repression through dance – and do it all on an indie short budget. It was a lot, which is why I’m so very grateful for having worked with such a wonderful team.

What were some of the challenges you faced making this film and how did you overcome them?

Money, especially with indie shorts, is always a challenge. The script had some grand ideas and then we had to match them with the reality of the resources we had, and still come up with something that executes the vision we got excited by. That’s easier said than done, especially with this film, because there were a lot of shots neither me nor Ian [cinematographer] was willing to compromise. The overcome was in allowing ourselves a very long prep period and bringing on awesome people. Ian and I spent a ton of time working through the ins and outs of all the shots. I also spent loads of time with our wonderful producer, Elsbeth McCall, travelling all over the GTA to different locations and slowly ticking off problem after problem.

Our performers really over-delivered. I’m very grateful for Sean Bracke, Mateo Galindo Torres, and our actors and dancers. What they were able to put together in a short time is nothing short of incredible. I knew actors Emily Piggford and Vlad Alexis from our time together at the CFC Actors Conservatory and knew what they were capable of. They exceeded my expectations. I learned so much about what it is to be a professional by working with Aaron Poole. One of the best humans and actors you could meet.

Collaboration is my favourite part of filmmaking. A team of talented individuals, all coming together to push a crazy vision that now exists in their collective mind. It’s a beautiful thing.

Any words of wisdom for aspiring filmmakers?

“Always go a little further into the water than you feel you’re capable of being in. Go a little bit out of your depth. And when you don’t feel that your feet are quite touching the bottom, you’re just about in the right place to do something exciting.”

I’ve grown to enjoy the feeling of being intimidated by the work. When I’m constantly dreaming about it and planning, and revising, and am terrified that it’ll bomb, it means I’m doing something I’m excited about. It’s cliché but – no risk, no reward. Don’t be afraid to fail, push yourself, be scared, and don’t just do the projects that come easy to you, do the stuff that gets you excited. These are the ones you’ll learn from.

Lastly, you’ll be amazed how small and how collaborative and open the filmmaking scene is here [in Canada]. Reach out for help if you need it. There are some amazing potential collaborators out there who aren’t nearly as busy or unapproachable as you might think. I still can’t believe I got half the people I got to work on a low-budget short with me. But they did – and they made it so much better. 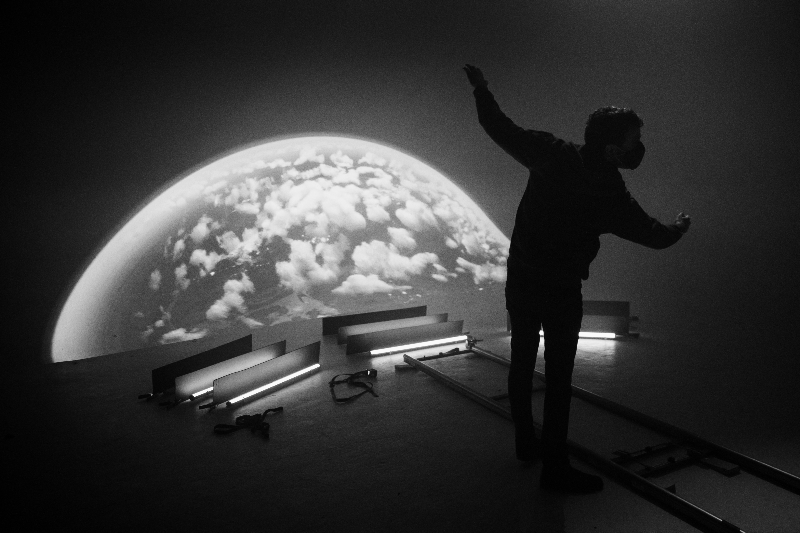 Can you tell us a little bit about your upcoming film Spaceman?

Spaceman is a sort of companion piece to Liminal, as both are standalone shorts and also proof-of-concept for an upcoming feature I’ve written.

Spaceman is an exploration of imposter syndrome, about a mime who has lost his way. It was inspired by Trevor Copp, who I saw at Fringe [Toronto Fringe Festival], performing his award-winning show Searching for Marceau. We’re working on a feature together, and the shorts started off as a sort of experiment. I wanted to see how I might tell a (sorta) grounded story with mime. What started off as a sort of mime video experiment quickly took on a life of its own. I wrote the film in the fall, and we filmed in the middle of the lockdown in February 2021, alongside some of the key people from Liminal.

I’m now in the edit for it, and we’re going to try and raise some funds to get us over the finish line. Really excited to share it soon.

Dan’s evolution as an artist and creator since completing the CBC Actors Conservatory is an expression of the core values which are taught and exercised throughout the program. His willingness to learn and challenge himself continues to further develop his skills, while simultaneously making his mark within the Canadian screen industry.