​The 2020 CFC Annual Gala & Auction: Celebrating our Alumni in the Director’s Chair 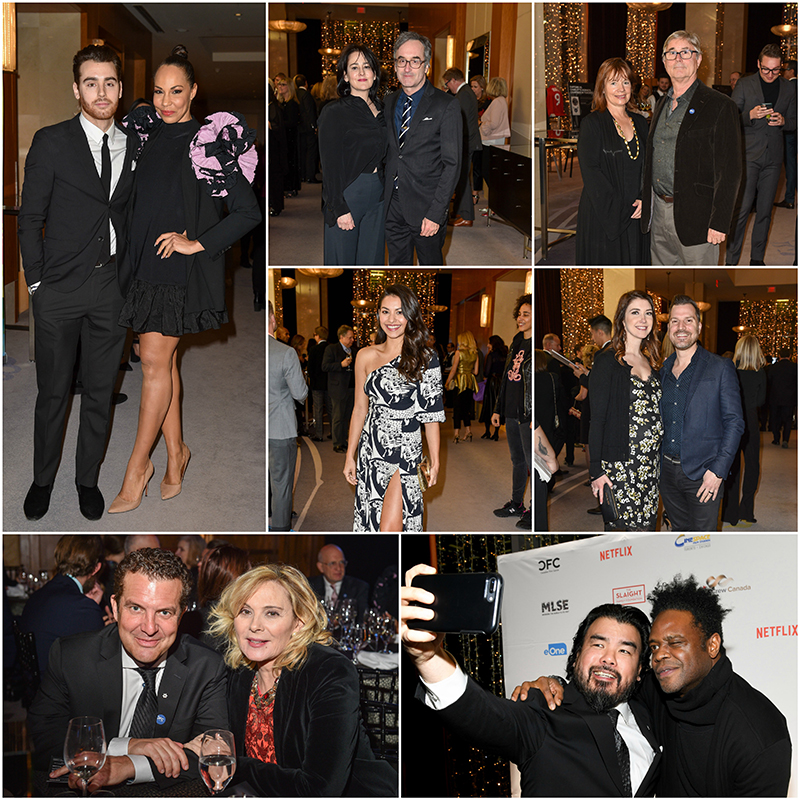 A mix of industry luminaries, philanthropists, and CFC donors and sponsors descended upon the Ballroom at The Ritz-Carlton Toronto on Thursday, February 20 for the 2020 CFC Annual Gala & Action, presented by
Netflix and The Slaight Family Foundation. This event is the CFC’s largest fundraiser. Through the generous support of our guests and sponsors, the Gala raises funds for our renowned programs and initiatives in film and television, screen acting, composing and songwriting for the screen, and digital and immersive media.

This year’s Gala celebrated CFC alumni “In the Director’s Chair” – our more than 300 alumni behind the lens who are calling the shots on groundbreaking features, shorts, TV and web series, documentaries, interactive films, and more. Like alumnae duo
Kathleen Hepburn and Elle-Máijá Tailfeathers who co-wrote and co-directed the critically acclaimed and award-winning film The Body Remembers When the World Broke Open; or alumna Stella Meghie, whose fourth feature, The Photograph, hit theatres on February 14; or Vincenzo Natali, who is set to direct and executive produce the upcoming Amazon adaptation of The Peripheral, and recently directed the adaptation of In the Tall Grass for Netflix; or Mark Razlaff, who recently directed his third episode of beloved children’s series Sesame Street, and the list goes on. 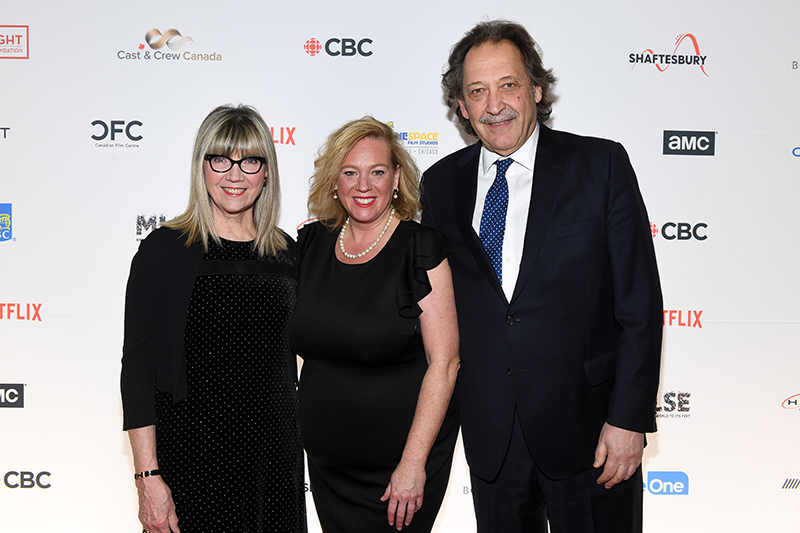 As CFC’s CEO,
Slawko Klymkiw, explained as he welcomed guests to the Gala, “CFC director alumni can be found working in all corners of the screen-based industry, across a variety of formats and genres – from horror to comedy, and everything in between.” He went on, “They continue to push the boundaries of creative storytelling and create content that earns them awards, accolades and critical acclaim. As we celebrate the work of our director alumni tonight, we also look to the future and look forward to welcoming the next generation of Canada’s directors to the CFC and seeing where their talents take them.”

The evening began with an
AMC-sponsored cocktail reception in the Grand Foyer. After hitting the red carpet and the Social6ix custom photo booth, guests enjoyed drinks and passed hors d’oeuvres as they chatted and networked with friends and colleagues.

Once guests took their seats at the tables in the Ballroom, CFC’s founder,
Norman Jewison, shared some wisdom for directors that he learned from prolific filmmaker Billy Wilder in a taped message from Los Angeles, “get yourself a good pair of boots, because you’re gonna be on your feet 12 hours a day, six days a week.” He went on, “between [a good] hat, the boots, and a great cast, that’s about it [all you need]!” 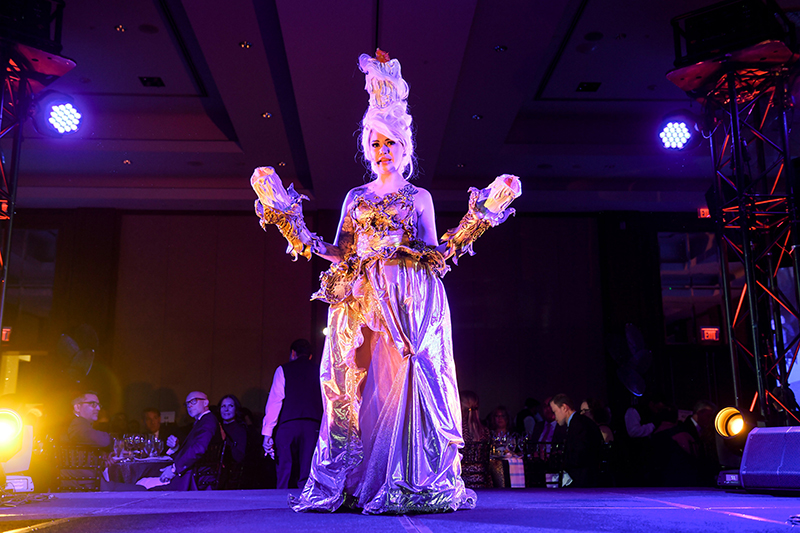 Jillea performing at the Gala

Following Jewison’s message, guests were wowed by a surprise performance by
Slaight Music artist Jillea, who sang “Be Our Guest” from Beauty and the Beast, donning an incredible Lumière costume.

Klymkiw then extended a warm welcome to one of the evening’s special guests, The
Honourable Lisa MacLeod, Minister of Heritage, Sport, Tourism and Culture Industries, who took to the stage to share a few remarks with gala attendees. “We are a nation of storytellers, and we are at our best when we tell our stories. Ontario film, television and animation brings in about $2 billion each year into Ontario’s economy […] that’s what everyone in this room is contributing towards.”

The Chair of CFC’s Board of Directors,
Christina Jennings, then addressed guests to remind them of the Golden Raffle draw, as well as the incredible live auction packages that were up for bidding, including an executive suite at a Toronto Maple Leafs Game; a Holt Renfrew $10,000 luxury shopping spree; a private dinner with CORBIN Food & Events, including Rémy Martin LOUIS XIII tasting; courtside tickets to the Raptors vs. Charlotte Hornets; a David Yurman $10,000 shopping experience; a trip to L.A. to attend the Season 18 live finale of The Voice; a trip to attend The Walking Dead Season 11 premiere event; a trip to New York City to attend LIVE with Kelly and Ryan; and a trip to New York City to be AMC’s guest at New York Comic Con 2020! 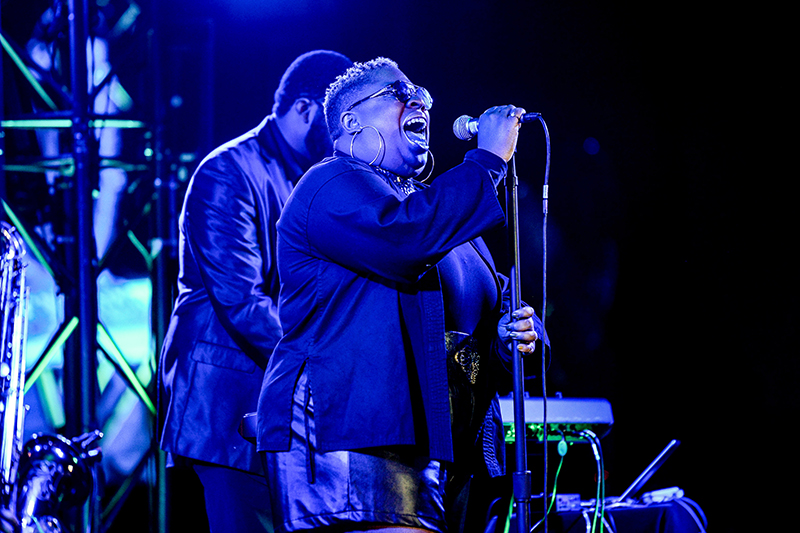 As guests were finishing their delectable meals (a choice of chicken supreme or porcini mushroom risotto), Slaight Music resident
TiKA entertained guests with her incredible energy and presence and her powerful voice. Attendees were absolutely captivated as TiKA performed one of her original songs, followed by her rendition of Prince’s “I Would Die 4 U”, and finished with her take on Eric Clapton’s “Change the World.”

Guests then prepared for the announcement of the Golden Ticket raffle winner, as well as the bidding on the Live Auction packages. Once this was complete, guests were invited to return to the Grand Foyer to enjoy coffee, fine teas, and an indulgence of mini desserts and pastries until the evening’s festivities came to an end.

We would like to thank all gala attendees for their ongoing support of the CFC. Your generosity enables us to continue developing and advancing Canadian creative and entrepreneurial talent in the screen-based industries – and, ultimately, to generate world-class talent, content, products and companies for the global marketplace.

Relive the magic of the evening in this photo gallery.

Thank you to all of our CFC Annual Gala & Auction sponsors: