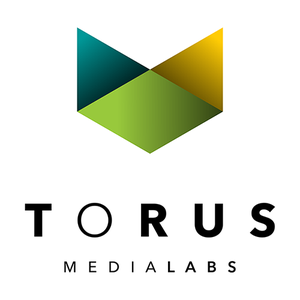 VFX artist Mike Sevigny and film editor Aden Bahadori have been providing award-winning post-production solutions for more than 14 years. The duo got into 360˚ VFX plugin development when they realized its potential for storytelling and innovation. Torus Media Labs is dedicated to providing the best in 360˚ software solutions, and closing the gap between the present and future of immersive filmmaking. In October 2016, Torus Media Labs joined the Adobe Tech Partnership program and at the National Association of Broadcasters (NAB) in April 2017, Torus Media Labs officially launched CANVAS 360™ Pro, the most comprehensive VFX in VR tool on the market.

CANVAS 360™ Pro provides a workflow inside Adobe After Effects that enables users to composite 360˚ footage/renders, and render with both traditional After Effects layers and non-360˚ footage/renders. Built on a complex architecture, it offers a surprisingly simple, coherent interface that makes almost any 360˚ task easy. Its highly customized tools work seamlessly alongside After Effects’ powerful motion graphics and compositing tools, and facilitates the integration of 3D packages by merging any tracked or animated After Effects camera into a 360˚ project. Designed for users to create 360˚ experiences using conventional visual effects tools, CANVAS 360™ Pro’s functions are familiar and easy to learn. Created by artists for artists, the architecture of CANVAS 360™ Pro connects the dots in the background, enabling artists to focus on the work itself. Efficiency and versatility have long been intractable problems in VR post-production workflow — until now. CANVAS 360™ Pro solves these problems and does so within an artist’s budget.