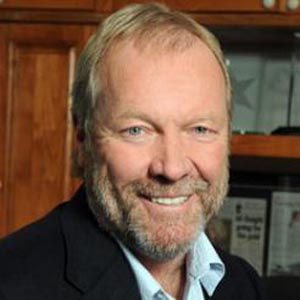 Gary Slaight began his career in 1973 as Media Estimator for McLaren Advertising. In 2000, he took the position of President and Chief Executive Officer of the largest privately-owned multi-media company, Standard Broadcasting Corporation Limited. In October 2007, all the assets of Standard Radio Inc. were sold to Astral Media. Slaight Communications now holds minority equity in the following: Milestone Radio, Haliburton Broadcasting Group, MapleMusic, Sirius Canada, GlassBox Television, RockPeaks, The Fight Network, Social Game Universe, and Virgin Gaming. Slaight is a staunch supporter of Canadian musical talent. Not only did he create the National Songwriting Contest, but he also created the Canadian Radio Music Awards. In 2009, Slaight Music was launched with the mandate to support the Canadian music community through various initiatives, and to develop Canadian talent via strategic partnerships with industry peers. Slaight was named Broadcast Executive of the Year in 1992, 1993, 1996 and 1998. In 2004, he received the Outstanding Community Service by an Individual Broadcaster award at the Canadian Association of Broadcasters. Slaight was inducted into the Canadian Music Industry Hall of Fame in March 2005. He received the Canadian Association of Broadcasters 2007 Gold Ribbon Award for Broadcast Excellence, as well as the Humanitarian Spirit Award at the 2010 Canadian Music and Broadcast Industry Awards. In 2012, he received the Walt Grealis Special Achievement Award and in 2013, he was awarded with the Queen Elizabeth Diamond Jubilee Medal Award and the Edmund C. Bovey Award. He is currently a Director Emeritus of Sick Children’s Hospital Foundation and is on the Board of Directors at the Toronto International Film Festival Group, Luminato, MapleMusic, The Berklee College of Music, and the Academy of Canadian Cinema and Television, and oversees The Slaight Family Charitable Foundation.