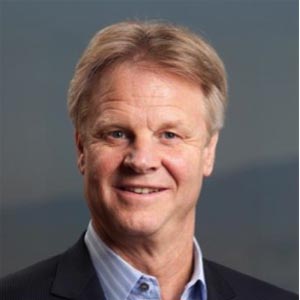 Neal Clarance is the President of N.G. Clarance Inc. and the recently retired Partner and Canadian Leader of the Media and Entertainment practice at Ernst & Young.  He brings over 25 years of experience serving clients in the media and entertainment industries. He has extensive experience in the film, recording and theatre segments of the entertainment industry, having assisted companies in the preparation of business plans, film library valuations, loan applications, financing proposals, including film and TV production financing, and in raising debt and equity financing both privately and publicly. He has worked closely with Canada’s brokerage, financial and entertainment communities to develop structures for raising financing for the entertainment industry. Clarance has authored articles on topics ranging from preparing business plans to financing strategies for the film industry. He has participated as a speaker in many seminars and presentations and is regularly interviewed and quoted by newspapers and industry publications dealing with financing issues in the entertainment industry. Clarance has authored several studies and reports on the entertainment industry for government and other interest groups, including “Review of Incentives for the New Media and Animation Industries”, “Opportunities for Film and Video Production and Investment in British Columbia” and “An Analysis of Existing Studio Space and Related Services and the Needs of an Expanding Industry” for the BC Provincial Government. He is also frequently asked to consult on various financial and taxation matters by the Canadian Audio Visual Certification Office and the Canadian Media Producers’ Association and other provincial industry agencies. Clarance has also participated in several government sponsored trade missions on behalf of the BC and Canadian Film Industries. He was a charter member and Director of the Motion Picture Production Industry Association of British Columbia, a Director of the Canadian Film Centre, was the 2011 recipient of the Leo Award for Outstanding Achievement from the BC Film Industry and is a Director at the Whistler International Film Festival.