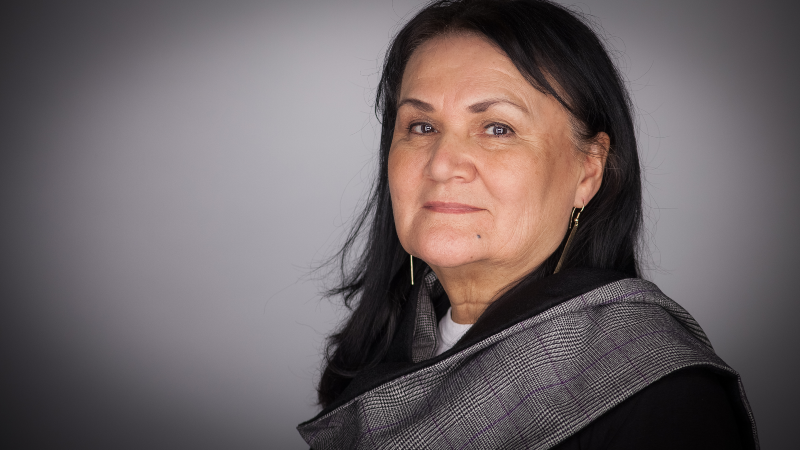 Dr. Shirley Cheechoo is a residential school warrior, who was pulled out of a self-destructive path when the late artist Tom Peltier introduced her to the arts. Shirley went on to become an alumna of the prestigious Canadian Film Centre, Sundance Film Institute and the Banff Centre. She is the first First Nation female to write, produce and direct a dramatic feature film.

Shirley is the recipient of the 2008 National Aboriginal Achievement Award for Arts, and has received more than 21 awards and recognition for her feature films, television movie, documentaries, and short films. She was conferred an Honorary Doctorate of Letters, Laurentian University, Sudbury, ON. Shirley was motivated by what she deems as her ‘frustration as a mother and as a native woman, in seeing the constant failure of Aboriginal people to thrive and live, dream and hope.’ She decided to do her part in changing that through film and television. She founded De-ba-jeh-mu-jig Theatre Group and Weengushk Film Institute. Recently, Shirley was appointed as Chancellor of Brock University in 2015 and founded Weengushk International Film Festival in 2017.