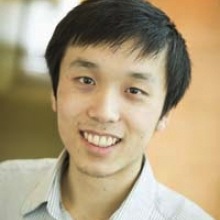 Henry Shi is a Next36 alumnus and a recipient of the distinguished National Scholarship from the University of Waterloo and has been passionately involved in entrepreneurial endeavors since high school. His most recently venture was BetterU, a technology startup in education and HR. Although the company was eventually dissolved, he has jumped down the rabbit hole of entrepreneurship and there’s no looking back.

Previously, he worked as a programmer analyst at Scotia Capital, where his work on their derivatives trading engine has impacted users around the world. He also worked in New York at Bloomberg Sports (a startup within Bloomberg), where he developed a suite of powerful statistical analysis, competitive optimization and data visualization tools for MLB Clubs. Academically, he has conducted research with a professor investigating the impact of human biases in college football and was able to predict, with a high degree of accuracy, the positions that certain teams were overranked or underranked using Machine Learning techniques.

In his spare time, he volunteered for the national executive team of Canada’s largest undergraduate technology conference, CUTC, where he co-founded Startup Launchpad, an event dedicated to helping startups from across Canada launch products in front of a 500 delegate annual national conference held in Calgary and Toronto. He also volunteers his time teaching Ruby on Rails and MVP coding to fellow entrepreneurs at the Velocity Incubator at the University of Waterloo.