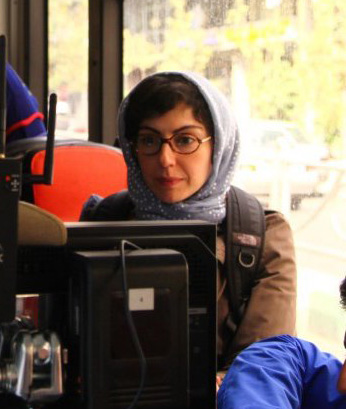 Sadaf Foroughi is an Iranian-Canadian, Montreal-based filmmaker. She began her artistic career in 2003 by creating and producing short films, documentaries and video art.

Foroughi graduated with an MA in Film Studies from the University of Provence, and obtained a degree in Film Production from the New York Film Academy.

She co-wrote, co-produced, and appeared in Kiarash Anvari’s feature-length film ‘The Pot and the Oak’ (2017), which had its world premiere in the Bright Future Competition Section of the International Film Festival Rotterdam.

With 8 nominations in Canadian Screen Awards, AVA had the honour to be awarded as the best first film of the year 2018, also the best actress in the supporting role.