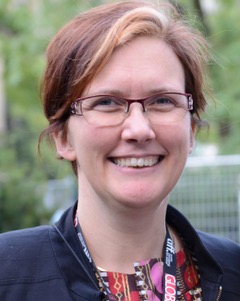 With vision and creative drive, Anne-Marie Gélinas, founder of EMAfilms, works with innovative and ambitious writers and directors from around the world. In 2017, RADIUS, a sci-fi feature thriller written and directed by Caroline Labrèche & Steeve Léonard starring Diego Klattenhoff (Blacklist) and Charlotte Sullivan (Rookie Blue) had its World Premiere at the Fantasia Film Festival and will also play at Frightfest, UK and many others.

Also in 2017, Hélène Choquette’s documentary LIKE A PEBBLE IN THE BOOT had its premiere at the Vancouver International Film Festival, and continues to be selected for other festivals. In 2016, Raphaël Nadjari’s NIGHT SONG was released, a musical feature narrative, a France- Canada coproduction starring Géraldine Pailhas, Luc Picard and Natalie Choquette, played in select festivals in Europe, and also played on screens in France, Canada and Israël.

In 2015, TURBO KID premiered at the Sundance Film Festival, and was also selected at SXSW, winning the Audience Award. The film played in more than 60 festivals, garnering almost 20 prizes, including Best International Film at the Saturn Awards 2016. Nominated for five Quebec Cinema Gala prizes, the film won for Best Make up. A Canada-New Zealand coproduction, the film is written and directed by the RKSS collective.

Also released in 2015, Hélène Choquette’s documentary A DOG’S LIFE with a world premiere at the Vancouver International Film Festival, also selected at the One World Film Festival in Prague, the film played in Canadian competition at Hot Docs 2016.

Other titles include: A BOTTLE IN THE GAZA SEA (Thierry Binisti) and MARS & AVRIL (Martin Villeneuve); both 2012 releases, acclaimed in Canada and abroad. Anne-Marie Gélinas also line produced WAR WITCH (Rebelle), winner, amongst others, of a Silver Bear at Berlinale, and nominated for Best Foreign Film at the Oscars.