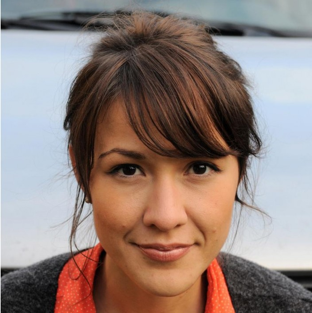 Elle-Máijá Tailfeathers, also known as Máijá Tailfeathers, is a Blackfoot and Sami actor, producer, filmmaker and curator from the Kainai First Nation. She divides her time between Vancouver Canada, the Blood Reserve and Sami territory in Sweden. Her work has garnered attention for its focus on representations of women of colour, and her thematic focus on First Nations subjects and issues. Tailfeathers explores "innovative means of telling stories through mediums including narrative fiction, docudrama, documentary, mockumentary, and experimental film." Her film projects are usually fully staffed with Indigenous cast and production members, reflecting her emphasis on engaging with First Nations and Indigenous filmmakers. She has won and been nominated for Awards at various international film festivals, and has been recognized for her work rooted in social justice. Notable recognition has included receiving a Kodak Image Award, the Vancouver Mayor's Arts Award as an emerging filmmaker. She is included in CBC's "Young Indigenous Leaders: 5 Under 30 To Watch in 2015." One of her primary focuses as a filmmaker is activism and social justice and approaches film as a way to “use it as a form of nonviolent direct action against issues like violence against women and degradation of Indigenous land.” Her film and activist pursuits focus on issues that directly relate to and affect Indigenous women and communities. Tailfeathers is active in advocating for issues affecting First Nations communities. In 2011, she was arrested for participating in a peaceful blockade at the entrance of a drilling site in the Blood Reserve in Alberta.