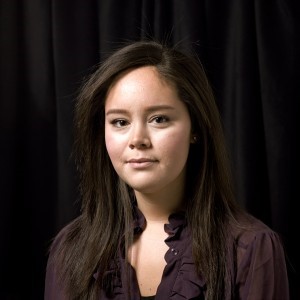 Nyla is a young film-maker originally from Igloolik and Iqaluit. She graduated from Ryerson University's Film program and is now living in Toronto where she is an Associate Producer at Big Soul where she has worked on a variety of projects including music videos and a television series. She is currently working on her own documentary film about Inuit youth as well as a feature film. She has just completed a mini-documentary with the NFB on the legendary Inuit button accordionist, Simeonie Keenainak. She also recently worked on a mini-doc called Polar Man with other film-makers in Iqaluit--available on the NFB's Facebook page.