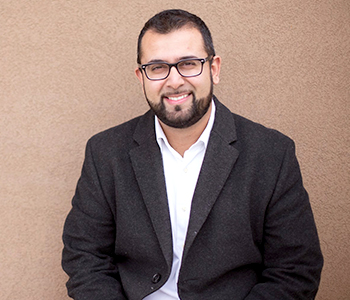 Shoaib has been in the media, marketing, and technology space for almost 15 years. In his most recent role at AIMIA (the worlds biggest loyalty company), he participated in the strategic development of the next-generation marketing program for Aeroplan, RBC, BlackBerry, Scotiabank and other major financial institutions. He also led the social + mobile practice for Carlson Marketing (acquired by AIMIA) for over 3 years, whereby worked with the likes of Rogers, Scotiabank, BlackBerry, Ford, RBC, West Jet, Wind Mobile, and many others.

During his time at Clearoute Media he’s helped brands like Warner Brothers, GM, Audi, Whirlpool, BlackBerry, Lindt in digital, social and mobile marketing initiatives, media buying and planning, sponsorship, celebrity endorsements, PR and other above and below the line marketing initiatives. He’s also been a strategic advisor, consultant and led the development of large scale projects from loyalty program design, websites, mobile and social applications for agencies across Canada and US. Some of which include, MacLaren, Brightworks, Carlson Marketing, and many more.

Shoaib has also been invited to speak at Mobile Innovations Week, eLearning Guild, CMAs, and several other marketing and technology focused industry events.