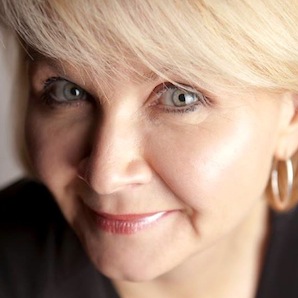 Moyra has always been a “Digital Dame” even in the coal-burning years before the Internet became a proper noun. Prior to launching Magnify Digital, Moyra trotted the globe producing award winning television programming via her first company, Out to See Entertainment.

Fueled by a brainwave in 2000 (likely had while hanging out of a small plane directing a film crew), Moyra had the idea to fuse and cross-pollinate broadcast and Internet programming. Connecting with TV audiences on-line sparked another idea.

Recognizing the critical need for a new level of engagement on the Internet between consumers and brands, Magnify Digital was born. eMarketing strategies, a revolutionary online app for creating strategies, measurable online accountability and profitability are all part of the suite of offering at Magnify.

Rodger is pulling back the curtain on the system her team developed to produce high impact strategies for clients including the 2010 Cultural Olympiad, Whistler Film Festival, private medical, green energy, financial services, and automobile companies. ALERT® is Magnify’s proprietary system, the world’s first turn key solution for PR, Marketing and Ad Firms looking to grow their bottom line by adding a digital component to their menu of services.

Moyra is a champion of business, innovation, and of her dynamic team. Respected by her peers, Rodger was honoured with a nomination for the YWCA’s Women of Distinction Award.