The Canadian Film Centre (CFC) is proud to announce the Denis McGrath Bursary Award, a joint initiative of both the Writers Guild of Canada (WGC) and the CFC. The award will offer an annual $5,000 cash bursary to a deserving CFC TV writer in the Bell Media Prime Time TV Program.

The WGC and CFC have joined forces to offer this bursary in Denis’ name to celebrate and sustain his legacy as a champion of writers and a significant advocate for storyteller rights here in Canada. In addition, the CFC will design and deliver a one-day bootcamp on advocacy for both its film and television writers — a step towards inspiring generations to engage actively in the evolution of our creative industries.

"This bursary honours Denis’ two passions — writing and advocating for Canadian content and Canadian screenwriters," said Maureen Parker, WGC executive director. "Denis was an exceptional writer and human being and this bursary assures that his extraordinary character and contributions to the industry will not be forgotten."

We are pleased to announce that Imogen Grace is the inaugural recipient of the Denis McGrath Bursary Award. We asked Imogen this question:

“As TV continues to globalize, creating Canadian stories becomes ever more important. What can you do to inspire your fellow writers, strengthen our industry, and fight for the right for Canadian audiences to see their viewpoints reflected on their screens?”

Here is what she wrote:

Canadian Television: A Glass Half Full

This is an exciting time to be a television writer. Daring ideas abound, and quality is Queen.

Like so many of my contemporaries, positioning my career as a television creator, I strive to find my place in the Canadian television landscape.

If we want to write within the Canadian television system, we are told we must be willing to write “Canadian stories”. This is a parameter often placed on Canadian work. But what, if anything, actually defines a Canadian story?

For a truly drop-the-mic response, turn to Denis McGrath’s delightful rants on the topic.

Denis believed that stories become “Canadian” not because of the plethora of “beavers and hockey pucks” that can be counted in each script, but by virtue of the fact that Canadians are the people telling the stories. He believed that by placing emphasis on quality and entertainment value first, we will intrinsically create work that is culturally significant. We will inevitably create a distinctly Canadian voice. No counting of hockey pucks needed.

Denis understood that television writers are storytellers first. We love the medium and gravitate towards stories that ignite something within us. Sometimes that which stirs us takes place in the Great White North and focuses on the specific terrain of the Canadian shield and cavorting moose. Sometimes that which stirs us takes place in Scarborough or Downtown Eastside Vancouver and doesn’t make any mention of being Canadian at all. Sometimes, these stories don’t scream of CanCon but indeed are essentially Canadian nonetheless, because of the perspective from which they’ve been told.

Television is now global. One can easily access British comedy or Nordic parody or German sci-fi on a 24-hour basis, and Canadian television writers couldn’t be better positioned to join this evolution of the industry. Perhaps more than any other country on the planet, we are global. That doesn’t mean we are anything and everything plus the kitchen sink. It doesn’t mean we are identity-less, but rather – if you’ll allow the grandiosity – we are the future, the beginning of a whole new identity. And we might not even know yet what that identity looks like. Thrillingly and maybe frighteningly, it’s ours to build.

These varied perspectives are part of the ‘Canadian Contradiction’ that fascinated Denis, and they make us distinct. They are interesting and messy and above all, new. If we embrace this about ourselves – and avoid force feeding cultural identity like vegetables – then we will make great work and find ourselves established firmly in the Global Age of television. After all, in a time of infinite programming, what’s more desirable than interesting, messy, and new?

The freedom to write the stories that are in us to tell is what Canadian television writers need to succeed, but so often fear is not possible. We feel pressure to constrain our stories in order to access the funding awarded to series that fall within the ‘visibly Canadian’ parameters.

We already know there is no shortage of talent in this country. This has never been in question either here or elsewhere in the world. But we so often lose our talent to the south, further contributing to the American voice and the American fabric. With each writer we lose to an American show, so is lost the unique character of our country and the opportunity to establish ourselves on the international stage.

What’s exciting is that Canadian storytellers can establish a new definition of what visibly Canadian content actually means. We can reclaim our talent and our voice. Vive la révolution! (spoken in perfect Québécois French, of course.)

By ensuring that our talent is given the support and funding to be visionary and daring; by understanding that our ‘visibly Canadian’ parameters may be broader than we think; by allowing ourselves and audiences to be surprised; by offering Canadian television writers the freedom to write using their own voice. And, perhaps most importantly, by hiring Canadians of varied backgrounds, cultures, races, genders, ages and experiences.

This is where we will find that Canadian mishmash mosaic-not-melting-pot magic. That Canadian Contradiction.

Denis McGrath held fiercely to the vision of a place for Canadian stories on Canadian screens. He also unabashedly spoke out against a system that sometimes punishes its creatives for doing so. Speaking out both hurt and helped his career, but he did so because he believed that Canadian creators deserve to be heard and, when given a platform, we will be unstoppable.

As I find my way as a creator in our country’s television industry, I intend to continue with an allegiance to storytelling first and foremost. With trust that our Canadian networks and funders will take similar risks and jump off the deep end. With the knowledge that audiences are hungry for risk-taking.

Let’s keep the visibly Canadian, but let’s also add the not-entirely-defined-as-Canadian, the stories that speak for themselves... the interesting, messy and new.

Then, the glass will be full to overflowing.

Denis was an accomplished and award-winning screenwriter, playwright, producer and blogger. He was an excellent mentor, teacher and a dedicated and active member of the Executive Council of the Writers Guild of Canada.

“Whether you did or did not like what Denis had to say, you had to respect Denis’ sharp analytical mind and that his was an extremely well informed and outspoken critical voice,” says Kathryn Emslie, Chief Programs Officer, CFC. "So many have already said this, but Denis’ commitment to our creative and cultural industries will be greatly missed, and while his creative and professional contributions deserve our recognition and thanks, they do not overshadow his personal contributions. Denis was above all else kind, smart, loyal, fun, clever, political, a lover of life and a passionate human being. His largeness of spirit and incredible generosity touched a very long list of people, who were lucky enough to call him friend, brother, son, husband and partner. He will be greatly and dearly missed."

Read our original In Memoriam piece for Denis here.

Many in the industry and our alumni have asked what they can do to honour and remember Denis. The WGC and CFC, with Denis’ loving wife and CFC writer alumna Kim Coghill, created this opportunity to raise funds that will extend this bursary in Denis’ name over many years.

We welcome your tax-deductible donations, which you can make here, or by phoning Michelle Johnson, Manager, Annual Giving, at 416.445.1446 x227.

This bursary award is generously supported by: 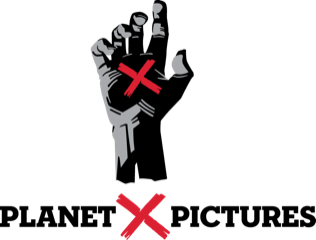