Produced by CFC Media Lab, the National Film Board of Canada (NFB) and JustFilms | Ford Foundation

The Lab will run throughout 2020; exact dates TBA

What’s Next for Open Immersion II

CFC Media Lab and the NFB are committed to further understanding the ever-evolving VR creation and dissemination landscape and the inherent or theoretical barriers to entry from the vantage point of racially diverse creators. A core programme objective is to create and bridge meaningful infrastructure and support systems for racially diverse creators to evolve the current VR film ecosystem.

Past participants will continue to influence the programming through mentorship and by leading collaboration with key local and international industry practitioners to further define the critical components of OPEN IMMERSION II. By bringing on imagineNATIVE Film + Media Arts Festival as an additional partner, OPEN IMMERSION II will bring the discussions started by artists in the first Lab to an international stage and invite the larger community to engage with new participants on questions surrounding the future of working in VR.

One of the project’s overarching goals is to better understand existing VR ecosystems and bridge key relationships between Indigenous artists and international institutions and organizations. To this end, Lab research will be compiled into a report to be presented at the imagineNATIVE festival. Taking inspiration from the 2019 imagineNATIVE On Screen Protocols & Pathways publication, the OPEN IMMERSION II document will present a set of VR-specific protocols that reflect aesthetic, ethical and access considerations, to be presented at imagineNATIVE 2020.

Accessibility for Ontarians with Disabilities Act

OPEN IMMERSION II will focus primarily on working with Indigenous artists and creators working in VR from across Turtle Island (Canada, US, Mexico).

Eight (8) Indigenous creators will be selected to participate in the Lab through an open call for applications.

Lab participants will work collaboratively with an Indigenous leadership team comprised of past participants and key members and leaders of Indigenous communities. The programme will focus on bridging key relationships with international institutions and organizations to offer remote Lab support and broaden dissemination of VR film works.

The eight selected artists will be announced at a later date – stay tuned.

About The Canadian Film Centre (CFC)
The Canadian Film Centre (CFC) is a charitable cultural organization that supports, develops and accelerates the content, careers and companies of Canadian creative and entrepreneurial talent in the screen-based and digital industries. Its uniquely designed programs and initiatives span film, television, screen acting, screen composing and songwriting, and innovative work in the digital media and entertainment technology industries, all of which continue to push boundaries and generate world-class content, products and companies for the global marketplace. 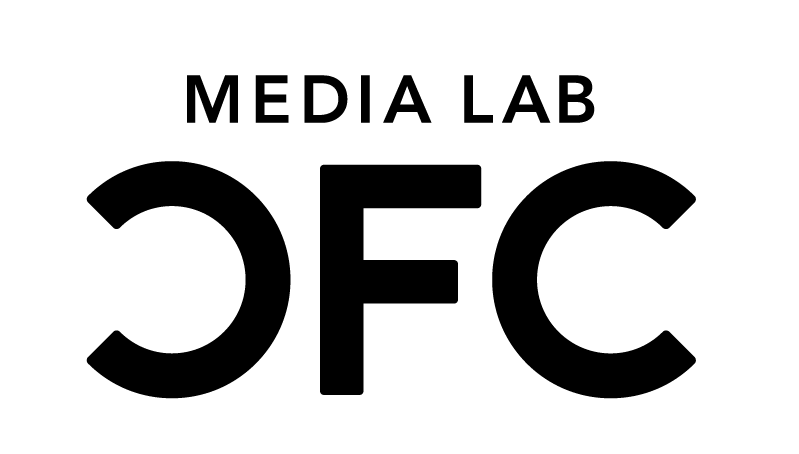 About CFC Media Lab
The Canadian Film Centre’s Media Lab (CFC Media Lab) is an internationally acclaimed digital media think tank and award-winning production facility. It provides a unique research, training and production environment for digital media content developers and practitioners, as well as acceleration programs and services for digital entertainment start-ups and related SMEs. Program participants have emerged as leaders in the world of digital media, producing groundbreaking projects and innovative, sustainable companies for the digital and virtual age.

About the NFB
The NFB is Canada’s public producer of creative documentaries, auteur animation, interactive stories, and immersive experiences. Since 1968, the NFB has produced over 300 works by First Nations, Métis and Inuit filmmakers—an unparalleled collection that pushes past dominant narratives and provides Indigenous perspectives to Canadian and global audiences. Guided by the recommendations of Canada’s Truth and Reconciliation Commission, the NFB is implementing an action plan with commitments that include devoting a minimum of 15 percent of overall production spending to Indigenous-led productions and making these works more accessible via Indigenous Cinema, a new destination on NFB.ca, and its apps for mobile devices. nfb.ca

About the Ford Foundation
The Ford Foundation is an independent, nonprofit grant-making organization. For more than 80 years it has worked with courageous people on the frontlines of social change worldwide, guided by its mission to strengthen democratic values, reduce poverty and injustice, promote international cooperation, and advance human achievement. With headquarters in New York, the foundation has offices in Latin America, Africa, the Middle East, and Asia. www.fordfoundation.org

The imagineNATIVE Film + Media Arts Festival is the world’s largest festival showcasing film, video, audio, and digital + interactive media made by Indigenous screen-content creators. For 20 years, the Festival has presented compelling and distinctive works from Canada and around the globe, reflecting the diversity of Indigenous nations and illustrating the vitality and dynamism of Indigenous arts, perspectives, and cultures in contemporary media.

OPEN IMMERSION II will include cutting-edge technical training, pitching and mentorship opportunities, and will develop strategies for enhanced dissemination of Indigenous-helmed VR work.

Selected candidates will participate in an intensive residency in Toronto, followed by a longer-term virtual lab that will include mentorship, skills-development and prototyping support. Inter-program collaborations will unfold throughout the lab, which will culminate in a forum at the imagineNATIVE Film + Media Arts Festival in October 2020, where participants will share their findings.

Further details on the residency and fellowship components will be announced at a later date.