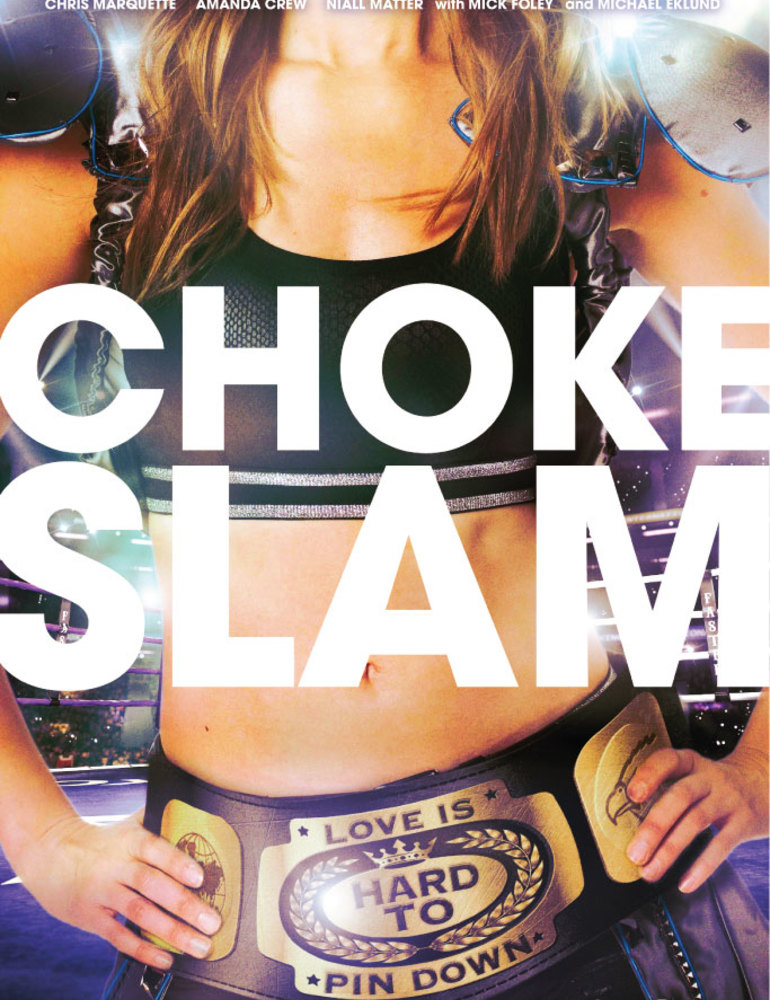 COREY SWANSON, a mild-mannered deli clerk who slices cold cuts for a living, is good at hiding his unhappiness.

But the grey cloud that’s hung over Corey’s head since high school is about to lift. SHEENA HALLIDAY, his first love, now a world renowned wrestler, has flown into town for their high school reunion. Corey attends, convinced that seeing Sheena one more time will finally give him closure on that better-forgotten chapter of his life.

The cutthroat world of corporate wrestling has not been kind to Sheena. Her once promising career is now a downward slide of steroids and reality television appearances. Former classmates eagerly taunt this walking punch line, revelling in her misfortune.

Watching as Sheena pummels these sorry men into unconsciousness, Corey becomes aware of one thing… He’s not over her. Not even close.

CHOKESLAM is the story of bruising your knuckles as you club your way through the barriers of love. It’s also about the perils of dating a wrestler with a bad temper.