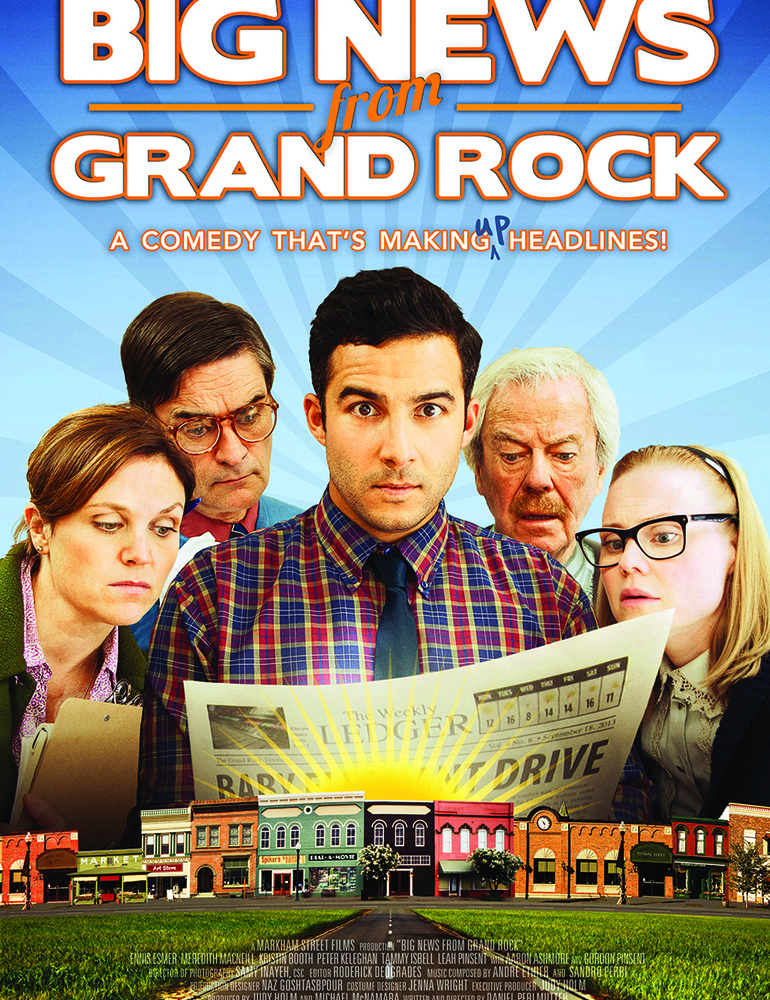 Big News from Grand Rock is the story of Leonard Crane (Esmer), the editor of a small town newspaper facing bankruptcy. In an attempt to attract advertisers and readership, Leonard begins inventing stories based on old movies. The plan pays off, until one of the stories attracts the attention of Lucy (MacNeill), an ambitious reporter from the big city who exposes Leonard’s hoax. But then Leonard discovers that one of his stories may be true. With a great scoop but no one to believe him, Leonard and Lucy must team up to try to save the town, the newspaper and his reputation.