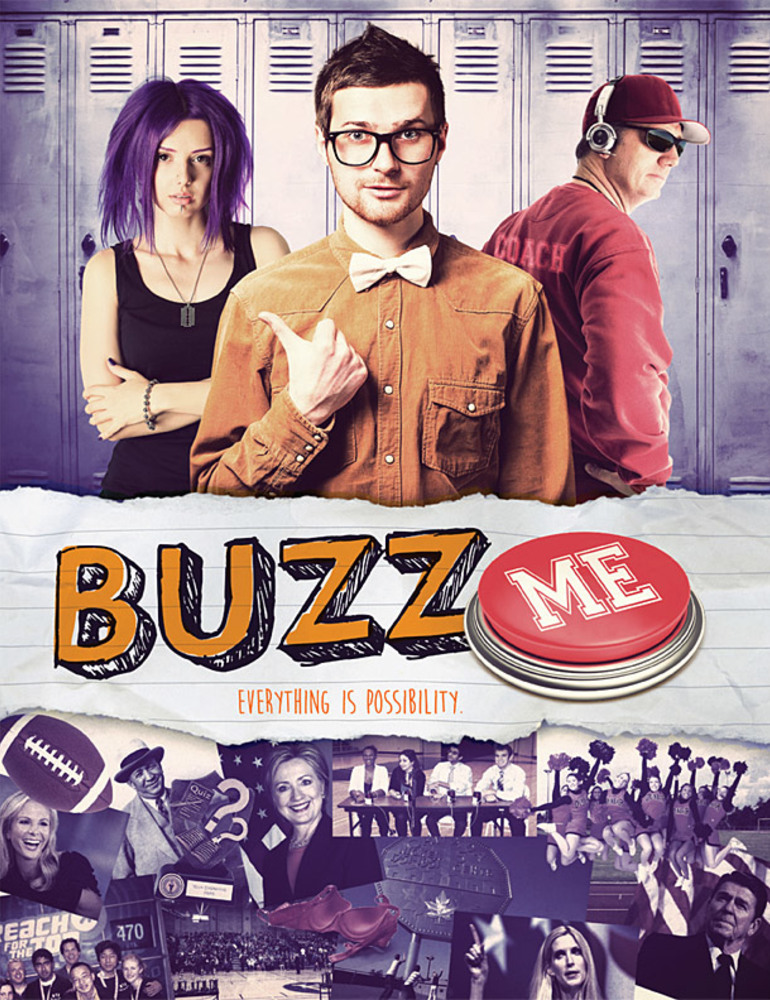 Buzz Me is a coming-of-age comedy about four misfit teens dragooned against their will by their gone-to-seed gym teacher to form the first-ever Young Mind Master Team for their Sudbury high school.

Coach has been stuck with the job by the Principal and now he’s sticking them; they’re a last-minute substitute on the televised brainiac league dominated by private schools, and everyone expects them to lose. But driven by the out-sized will of their nerd-ish, neo-con captain, the mismatched team gels and triumphs. Above all, it’s the story of Curtis Ball; his journey from trivia to wisdom. From knowing it all to knowing nothing. Curtis is a 17-year-old misfit who thinks he already has all the answers. But forced to team with fellow outcasts, Morag, Gary and Hal, he will learn a very different type of knowledge – love, sex, alcohol abuse, friendship. He will learn that “Everything is possibility.”