A sexually ambiguous gender-fluid boxing ring owner, a cocaine-curious single mother with extreme paranoia, a hyper-masculine ranch owner with narcissistic personality disorder, a self-help guru who teaches you to be your worst self.

These are the kinds of characters you need to create in order to make your life interesting after you’ve grown up in Ottawa.

So: how did two nerdy sisters from Ottawa manage to build an empire?

Let’s unpack it together: The Cameron Sisters can do ANYTHING. Like, they are good at EVERYTHING. (When I was preparing this speech I asked Amy’s daughter what the most important thing in the world is that her mother has taught her and she said “separate the meringue into a metal bowl”). Got it? EVERYTHING. And they’ve seemed to succeed at being good at everything they touch from the very start.

Among many other traits they share in common (and I’ll get to more of those) is their ability to get things done. They are diligent task-masters, rigorous thinkers, tireless and dedicated work-horses. Bottom Line – they are doers. They go for it. And they get it done. But they are also unicorns.

I first met Tassie Cameron 23 years ago at a dinner party in New York City. She was grumbling about her assistant job at HBO and said, “You know what I really want to do? I want to write. So right then and there we decided that in order to get out of our assistant jobs and save our creative souls we would make a film together. Tassie would write and I would produce. Easy right? Now I need to be clear that neither of us had any clue how to do either of these jobs. Tassie had never written a script before. Ever. But she goes out the next day and buys two books on screenwriting. One of them was called How to Write A Movie in 21 Days, which she devoured in 24 hours. And I swear this is true: 21 days later, Tassie Cameron sends me a screenplay and it eventually sells to Lion’s Gate and her first ever screenplay gets produced. See? Unicorns.

Now let’s look at Amy. After graduating with a fine arts degree, and with absolutely zero experience in writing herself, she walks into the office of the editor of the New Brunswick Telegraph Journal and convinces him to hire her. Again – zero experience. But somehow Amy convinces this guy to giver her a job and she becomes the Arts, Crime and Aboriginal Affairs reporter – oh, and wins a National Newspaper Award and various other accolades and eventually becomes the actual host of the Atlantic Journalism Awards, and writes for Macleans, the Globe and Mail – and somewhere in there publishes her first book. All before even entering the world of television.

So, yeah, the Camerons? The know how to get things done.

But they are especially lethal when you combine them. The best thing they’ve ever done, for all of us, is join forces. Because individually they are rock stars, but together? They’re a rocketship.

Separately and collectively, they have written on and/or produced, Mary Kills People, Little Dog, The Eleventh Hour, Ten Days in the Valley, Rookie Blue, Flashpoint, Degrassi, Tom Stone and The Robber Bride – to name a few. Tassie has also cluttered up her shelves with accolades from WIFT, the WGC, Playback Person of the Year and a Margaret Collier Award for Lifetime Achievement. Collectively the shows they’ve worked on have racked up 28 Canadian Screen Award Nominations and 15 wins and their shows sell around the world.

But here’s the thing. None of that is actually what makes them truly great.

The United Nations announced a couple of years ago that less than one quarter of the world’s leaders are women, but “when women lead, the world changes.” Now I don’t like generalizing about the sexes, but I think it’s important to note that Tassie and Amy have chosen to both ignore and break barriers. And I truly believe that the Cameron sisters are changing the landscape of Canadian television not just because they get it done, but because of HOW they get it done.

When you want to know the truth about how someone works, ask the people who work for them. Nobody knows more on a television or film set than the Script Supervisor. They see and hear everything. So, if we’re going to talk about how successful the Cameron sisters are, we should also ask the question: How happy are the Camerons’ crews right now?

The script supervisor for Mary Kills People said this about being on a Cameron crew: “Everyone is treated equally, no department is held higher than the other.Back during the first season, I was living in a not-so-great neighbourhood. Amy and Tassie knew this and were always concerned about me getting home safely. When I mentioned my desire to move they sent me rental listings from safer neighbourhoods. Even when we wrapped the season, I would still get messages until they knew I was safely moved. Oh - and they never tired of me talking about my dog.”

And the Little Dog script supervisor? She said she’s worked on a lot of shows. Always felt like a grunt and didn’t feel seen. On Little Dog she finally feels like a contributor and excited to come to work every day. Why? Because of Amy: She goes around making everyone on the crew feel inspired and an important part of the show.

It’s true. Tassie and Amy have become massively successful and internationally recognized, generating content for a global marketplace, and they are still really, really nice.

OK. So we’ve got these doers. Who also happen to be very kind and thoughtful bosses. That all?

Not quite. And this one is a goody!

They like to help people rise – along with them.

They are two privileged and educated women who don’t just rest on their laurels and ride off into the sunset with their success. They bring people along for the ride.

They are inclusive. Generous with their knowledge and time. They mentor. They support the young and new. They support women and people of color and they give them chances. Just in the past year they’ve hired people like Michelle Latimer, Molly McGlynn and Wendy Morgan. These are names you will know, if you don’t already.

Last year they called me up because they had written an Indigenous boxing character into Little Dog and wanted to know if I knew any actors from my work on Northern projects. I immediately recommended a young actor named Paul Nutarariaq from Igloolik. He auditioned and after convincing the network to take the risk, the Camerons gave him his first break on national television. I believe this is one of the first times an Inuit actor has guest starred on any nationally broadcast series ever.

Okay. So Amy and Tassie are incredible people, not only because they are talented, brilliant, and kind-hearted human beings – and they bring people up. Anything else?

They cut the bullshit. They are real. They are honest. They’re authentic. They are funny.

Not new-funny. Old-time classy dame funny. They are the women you want to hang out with. You drink more, smoke more, and try things you shouldn’t try more when you hang out with the Camerons. In this business there is a lot of thankless work and long hours and putting out fires and solving problems both creative and practical – and they somehow manage to make all that fun. They make you just want to join them.

They collect humans, and in this business that’s a really awesome trait to have.

So this is all the ways they are successful and the same. So how are they different?

Tassie is a lethal combination of a slow steely burn of a brain – and then the quickest wit in the room. She knows how to hit us with zingers. There is literally no better person at a dinner party. And if Tass talks the talk, Amy walks the walk. Amy sees and understands and observes everything. She gets us, and it, and them, and the universe. Amy makes things happen. And she’s willing to do the hard and heavy lifting.

And incredibly they are best friends!

They are the ying to each other’s yang.

They will both say the other is the smarter one. (Although Tassie will usually say that Amy is more together, solid, and mature than her. And Amy would likely agree. But who needs mature and solid?)

They are also loyal Canadians. They hold onto their roots and love their country. They could easily move to Los Angeles and make a shit load of money but they continue to fight for the future of Canadian television even when they don’t need to. And the great thing about what’s happening on the global television landscape right now is the fact that everything they have held onto is now helping to make them a unique and international success story. There has been been zero compromise and they are rocking the world.

Tassie and Amy, I’m so proud of all you have both accomplished. I feel privileged to know you. To even just get to hang out in your orbs. You know how to feel and love and challenge and spark and risk and reward. I love you both so much.

As people? You are extraordinary. You are all integrity and class. As creators and makers? You are the creme de la creme. And as citizens of the world, we are all so much better to have you in it.

Thank you for all you’ve given us in the shows you’ve created, the young people you’ve mentored, the many friends and colleagues you’ve loyally helped along the way. And thank you for pushing all of us around you to be better ourselves.

Best of all? We know you’re just getting started. We all expect more great things from you. And we cannot wait. 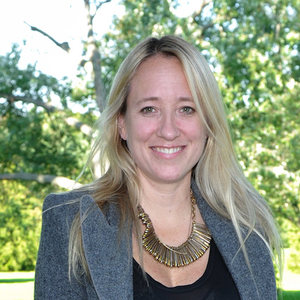