“Uprooting after 13 years is no small feat, but the support we’ve been given from the entire team at Pinewood has made us feel so welcome and helped facilitate a remarkably smooth transition,” says Kathryn Emslie, Chief Programs Officer, CFC. ”It is exciting to be housed in this facility and to be part of such a thriving creative and production hub at Pinewood – not to mention we are based in Paul Bronfman’s previous office!”

"We're thrilled to welcome the CFC to Pinewood Toronto. The CFC plays an integral role in developing the next generation of Canadian talent, and as production in Toronto continues to soar, we are delighted to have the CFC as part our thriving community," says Paul Bronfman, Chairman of Pinewood Toronto Studios and CFC Board Member, who supported this opportunity. 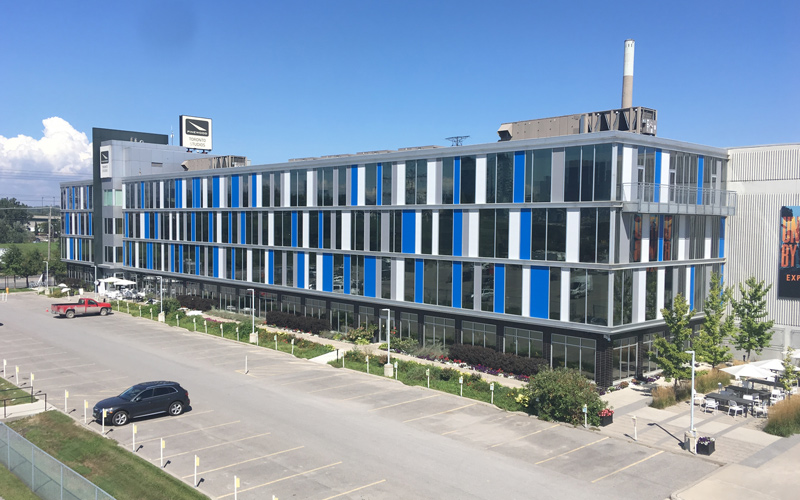 Pinewood Studios Toronto, where CFC Productions will now have a permanent base. © 2019 PT Studios Inc.

The CFC’s bright, beautiful, new offices will be the Production team’s permanent base. It will continue to offer CFC Programs a downtown satellite space that is fully accessible and an inspiring environment in which to support CFC’s talent, alumni, and our amazing volunteer cast and crews.

One final note of gratitude: we are especially appreciative of Pinewood Group’s Sales Executive Erika McCormick, a former CFC staff member in the Development and Events Department, and the entire management team at Pinewood for their support in facilitating this new home and making the transition flow so smoothly.

Our sincere thanks to everyone in Pinewood Studios. We look forward to the fruitful future productions, partnerships, collaborations and connections that this new space will foster.