Spring has sprung – or at least we hope it has! Our CFC alumni’s many successes over the past three months indicate that neither snow, sleet nor ice will slow them down.

Check out some of the highlights, sprinkled with a few things to look out for in April. A special shout out to all the alumni nominated for Canadian Screen Awards (CSAs) – we’ll be watching and cheering you on March 31 – as well as congratulations to multiple alumni featured earlier this month in the Kingston Canadian Film Festival, in February’s NSI Canada Festival, and as 2019 participants of the Netflix-BANFF Diversity of Voices Initiative. 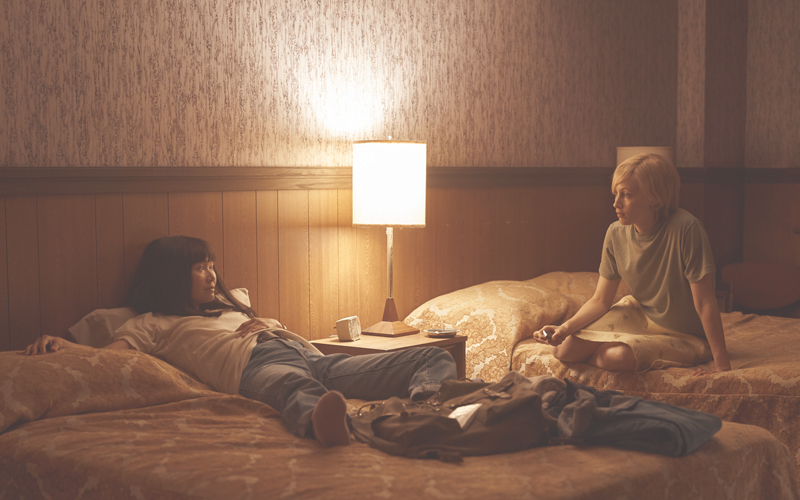 Writers’ Lab alumna and recipient of the then-inaugural CFC Award for Creative Excellence, Semi Chellas, is premiering her latest feature at the Tribeca Film Festival, with the first screening on April 28.

This documentary, made by Producers’ Lab alumnus Nicholas de Pencier, with Jennifer Baichwal and Edward Burtynsky, has hit festivals from Berlin to Sundance, winning big at the Toronto Film Critics Association Awards and the Vancouver International Film Festival. Looking ahead, on Earth Day (April 22), Crave TV will air it and then in Toronto, the Hot Docs Canadian International Documentary Festival (April 25-May 5) will screen new interactive versions of the film in the festival’s DocX series.

Directed by Directors’ Lab alumnus Keith Behrman, this fall festival fave and Canada’s Top Ten Pick scored a win for Best Canadian Screenplay at the Vancouver International Film Festival in January, and will be opening both at TIFF Bell Lightbox in Toronto and then across Canada in Cineplex theatres on March 29. In Toronto on Friday, March 29 at the 7 p.m. screening at TIFF Bell Lightbox, Behrman will hold a Q&A after the film, too!

The directorial debut of Producers’ Lab alumnus Miranda de Pencier has scored multiple audience awards, and will be released across Canada on Friday, April 19. This month, however, audiences in the North were the first to see it outside of the festival circuit, including at the Iqaluit premiere:

Directors’ Lab alumna Brigitte Berman was interviewed by The Kingstonist for her extensive archival work on this thought-provoking documentary, as part of its screening at the Kingston Canadian Film Festival.

Directors’ Lab alumna Danishka Esterhazy has been busy with the March release of her dystopian thriller. The film had its U.K. Premiere in Glasgow on March 1, as part of FrightFest at Glasgow Film Festival (FrightFest is the U.K.'s largest genre event held in London during August). Esterhazy has shared her insights on the making of this film with the National Screen Institute (NSI),  She Does the City, The National Post and That Shelf. Its nationwide release is ongoing in some spots; see more information here.

Directors’ Lab/CFC Features alumnus Charles Officer’s documentary on the classic tale screened at the Bloor Hot Docs Cinema in Toronto from March 8 to 14. Officer shared his approach to making this multi-layered documentary with both POV and Playback (subscription). Check out the trailer here:

CBC Actors Conservatory alumna Grace Glowicki directed this festival hit, which won the SXSW Adam Yauch Hörnblowér Award at South by Southwest Festival (SXSW), a project in which she also plays the lead and collaborated with fellow CFC alumnus from the Slaight Music Residency, composer Casey MQ. Learn more of Glowicki’s approach in this interview in Filmmaker Magazine.

Co-director and Producers’ Lab alumnus Sebastián Barriuso with his brother and co-director Rodrigo screened their film at TIFF Bell Lightbox this March, and held a Q&A with programmer-turned-senior director of film, Diana Sanchez. 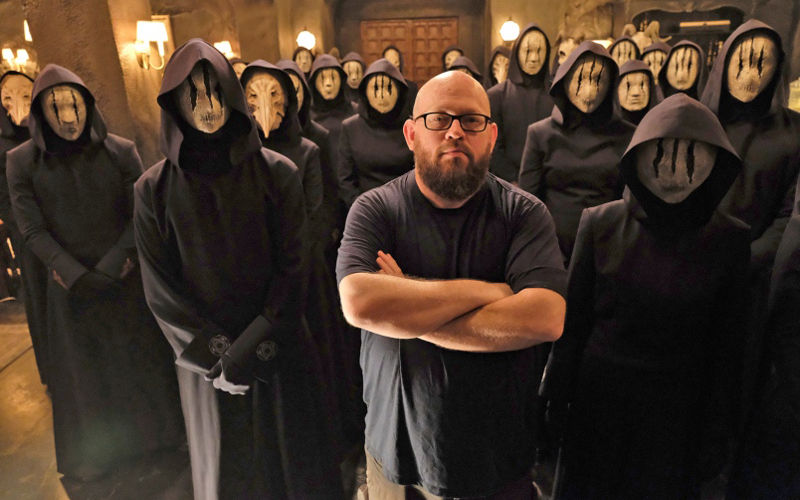 Dennis Heaton, creator/screenwriter/showrunner of 'The Order.'

Anne with an E

As this series embarks on its third season of production, it does so with a Gay and Lesbian Alliance Against Defamation (GLAAD) nomination, for Outstanding Kids & Family Programming – congrats, Producers’ Lab alumna and executive producer, Miranda de Pencier!

Writers’ Lab alumnus Joel Thomas Hynes, who created and stars as the lead of the CBC Series Little Dog, and Bell Media Showrunner Bootcamp alumna Sherry White, series showrunner, shared a fascinating conversation on the series in Brief Take, on the occasion of its second season premiere this past January.

This scary-good binge-able Netflix series dropped in March, and was created by Bell Media Showrunner Bootcamp alumnus-turned-2017 Executive Producer in Residence of the 2017 Bell Media Prime Time TV Program, Dennis Heaton. He chatted with TV Junkies about his new series.

This smash hit may show no signs of slowing down in popularity in its fifth season, but its creators want to end on a high note; they announced the sixth season will be the series’ last. Here the cast, which includes CBC Actors Conservatory alumna Annie Murphy, dished on Season Five on The Today Show

This popular series proves court is back in session! Rebooted in early March, it stars CBC Actors Conservatory alumna Cara Ricketts, who shared insights on her new role and the series here, and her fellow alumnus, Emmanuel Kabongo, guest-starred and tweeted:

Thank you @CBC and the #StreetLegal team! This is going to be a fresh, sizzling and exciting show with @cara_ricketts @juliatomasone @CynthiaDale and a few more amazing talents. I am so grateful to be part of the family. Stay tuned people! 🙏🏾 #newseries #cbc #casting pic.twitter.com/hRRXkkfP3q

As  Deadline notes, CTV has partnered with NBCUniversal International Studios on primetime medical procedural, to be executive produced by Bell Media Prime Time TV Program alumna Virginia Rankin. The series was created by Joseph Kay, an alumnus of the Bell Media Showrunner Bootcamp.

We’re thrilled to see homegrown DJ and Directors’ Lab alumna hey! DW, playing a pivotal role onscreen and behind the scenes in this new Netflix series, starring Idris Elba and Piper Perabo. Learn more about their approach to DJ-ing, so pivotal to the series’ content, here. 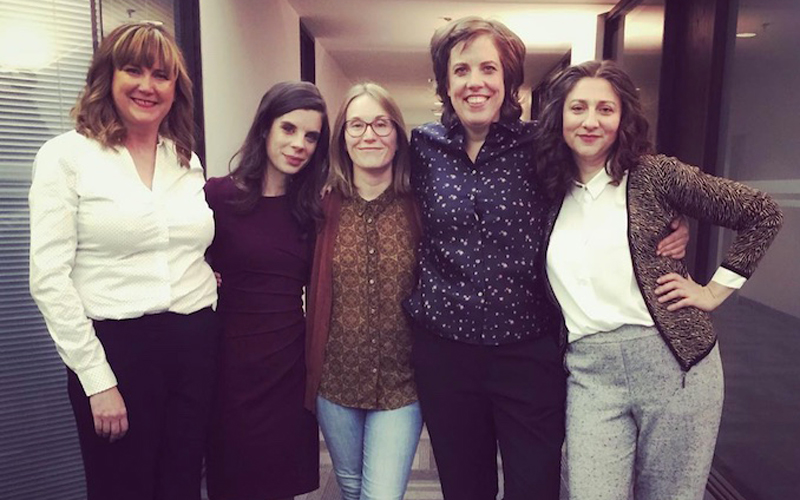 CBC Actors Conservatory alumna Devery Jacobs has been busy in the past month, profiled in several publications, including this one and a great piece in Xtra, all in the leadup to her appearing on this season of American Gods.

As Playback (subscription) notes, two Canadian production companies are starting a new six-film anthology series based on the Globe and Mail‘s “First Person” essay series, and Directors’ Lab alumna Renuka Jeyapalan is one of three directors signed on to the project.

Editors Lab alumna Jane MacRae shares some of her tips on what to do in the editing suite in this Canadian Cinema Editors interview.

With his company’s growth in scripted production and a desire to target new opportunities for development and production, Producers’ Lab alumnus Mark Montefiore has opened a new Los Angeles office of his company, New Metric Media, as Playback (subscription) reports. 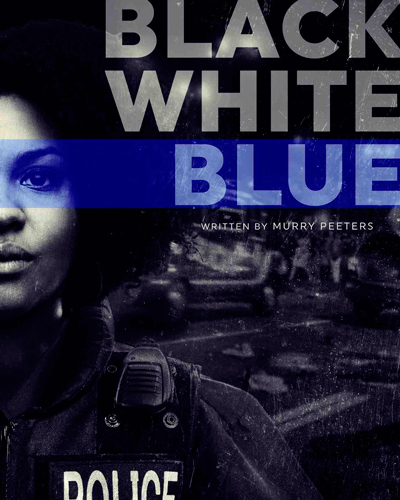 Writers’ Lab alumna Murry Peeters was the runner-up in the 2019 Canadian Film Fest Script Contest, in which the Canadian Film fest partners with the Harold Greenberg Fund on a contest open to Canadian screenwriters who have written a feature-length screenplay and are looking for financial development support. Peters won for her script, Black White Blue, which she developed, in part, during her time in the Cineplex Film Program.

ALUMNI – do you have news? Want to update your bio or photo? Get in touch anytime at alumni@cfccreates.com