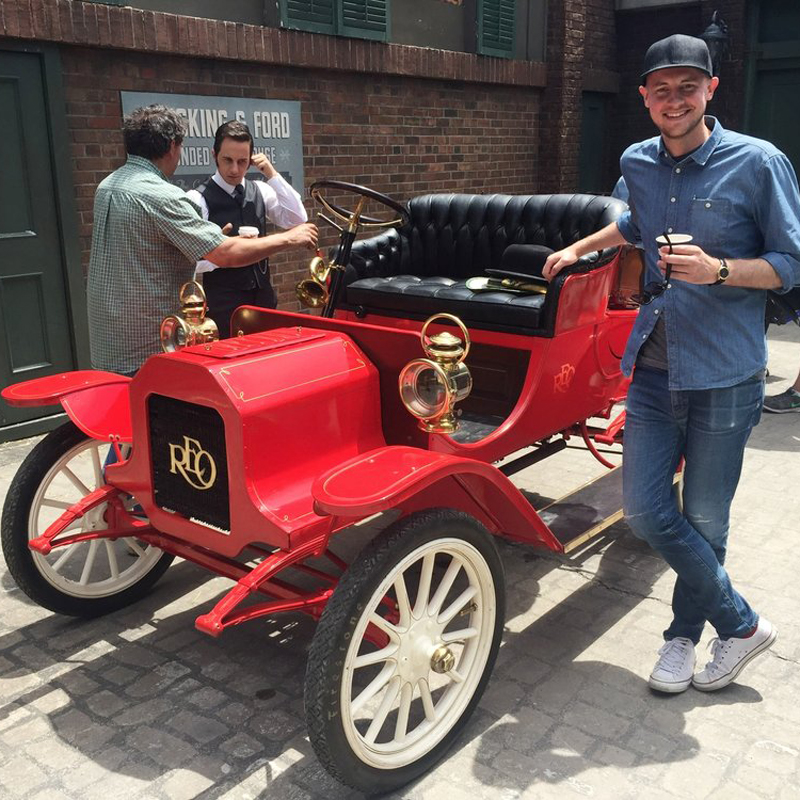 Jordan Christianson on the set of ‘Murdoch Mysteries,’ a series for which he wrote.

The family of Jordan Christianson, an alumnus of the CFC’s 2010/2011 TV Writing program, and the Canadian Film Centre (CFC) announce the Jordan Christianson Bursary Fund, a bursary to be awarded to four writers from British Columbia or Alberta invited into the Bell Media Prime Time TV Program. The announcement was made at the 2018 Bell Media Prime Time TV Program Showcase, held at TIFF Bell Lightbox on Wednesday, March 13, 2019.

Jordan Christianson was a wonderful writer, a hard worker, and a terrific collaborator whose warmth and fabulous sense of humour are dearly missed.

As Gail, Brian, Karina and Dane Christianson noted, “The family felt it was important to establish a Jordan Christianson Bursary Fund at the CFC, because the CFC had such a meaningful impact on Jordan and his career. Not only did he learn important skills and discover new talents, he also had the opportunity to meet professionals from the field and establish lasting friendships with many CFC residents and staff. Jordan attended the CFC in pursuit of his dreams and his passion. The CFC and its mentors provided the launchpad to Jordan’s career as a successful TV writer. It is the family’s hope that the Jordan Christianson Bursary Fund can assist other aspiring TV writers to do the same.“

The CFC is deeply grateful to the Christianson family for this kind act of generosity, which honours his memory and will help offer opportunities to new and talented writers as they embark on their careers.

Read our original In Memoriam piece for Jordan here.