An impressive number of Canadian Film Centre (CFC) alumni will be at the upcoming Whistler Film Festival (WFF). Kicking off November 28 and running through December 2,the 2018 WFF presents fresh, innovative films from Canada and around the world, with tributes to distinguished talent – including our own CBC Actors Conservatory alumnus, Giacomo Gianniotti! – and a host of industry initiatives and celebrations like the well-attended WFF Content Summit.

We’re especially proud to see so many female alumnae among these numbers this year, given WFF’s commitment to achieving gender parity in an evolving industry. From directors to writers, producers to actors, composers to editors, all of the following CFC alumni’s films can be seen at WFF. Read on to learn more.

The Signature Series Artist Spotlight this year shines on CBC Actors Conservatory alumnus, Giacomo Gianniotti, best known for his roles on Grey’s Anatomy, Reign and Murdoch Mysteries. George Stroumboulopoulos will interview Gianniotti onstage about his career and love of acting.

Next, stay for the world premiere of Acquainted, a love story in which high school acquaintances meet years later and stir up new feelings – which complicates each of their committed relationships. Gianniotti stars and produced the film, alongside producer-alumnus Peter Harvey. 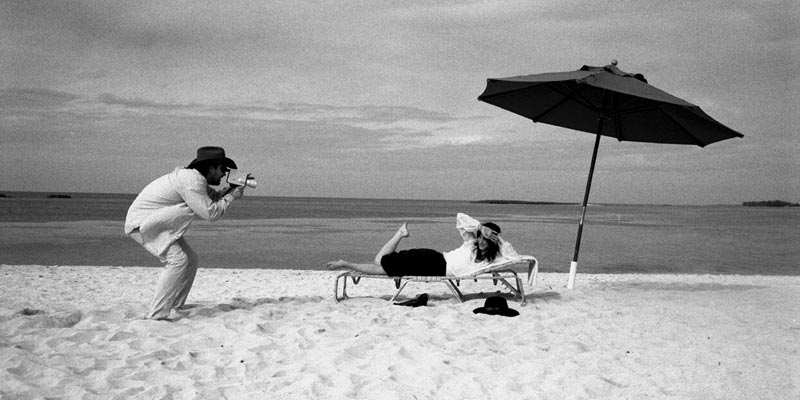 Don’t miss your chance to see Claire’s Hat, a rarely-screened gem that Whistler’s pulling out of the vault. Versatile Telefilm Canada Feature Comedy Exchange alumnus Bruce McDonald directed this remix, after his feature Picture Claire was trashed at the Toronto International Film Festival in 2001. McDonald went on to reimagine that film’s creators in the principal roles of what was supposed to be a slick DePalma-styled thriller. Claire’s Hat spoofs the self-congratulatory tone of most “making-of” films, and excoriates itself with hilarious behind-the-scene anecdotes. This much-improved version features a screenplay by the award-winning Semi Chellas, alumna of the Writers’ Lab and inaugural recipient of the CFC Award for Creative Excellence in 2014.

Directors' Lab alumna Brigitte Berman dug through the archives for Hugh Hefner’s After Dark: Speaking Out in America. She wrote, produced and directed this documentary about two Playboy produced, late-night syndicated television series, one in 1959-60 and another in 1968-70, both of which gave voice to progressive Black artists and champions of dissent who were not heard elsewhere on the small screen. The documentary also features the talents of Slaight Music Residency composer-alumna Erica Procunier and Editors’ Lab alumna Jane MacRae.

In this Winnipeg-shot story of forgiveness, second chances and the revitalizing power of art, a woman rediscovers her own creative voice. Into Invisible Light is directed by Directors’ Lab alumna Shelagh Carter, who also co-wrote this sensitive character study of a screenplay with Jennifer Dale (who stars as the film’s lead).

A trio of CFC talent takes shape in the drama Nose to Tail. Here, we meet a stressed-out chef at a high-end restaurant – and a temperamental man at the end of his rope. When fickle foodies’ interest wanes and financial security fades, the chef’s stakes get higher and hotter than a well-done steak. CFC alumni Tony Wosk executive-produced, and the film stars Telefilm Feature Comedy Exchange alumna Lauren Collins, and current CBC Actors Conservatory resident, Brandon McKnight.

In the quirky Red Rover, Damon, a geologist by trade who’s fed up with earth, decides to try to qualify for a spot on a one-way mission to Mars. He’s not terribly motivated, however, until he encounters offbeat musician Phoebe, a force of positive energy who encourages his efforts. Telefilm Feature Comedy Exchange alumnus Mike MacMillan executive-produced, and the film also features Writers’ Lab alumnus Sugith Varughese among its cast.

Sorry for Your Loss

With a myriad of successful writing credits in hand, Telefilm Feature Comedy Exchange alumnus Collin Friesen debuts as a feature director with this droll charmer, which he also wrote, about the difficulty of an adult son trying to meet estranged dead dad’s burial wishes. Executive-produced by CFC alumnus Tony Wosk, Sorry for Your Loss was developed through the Telefilm Feature Comedy Exchange. It also features Bruce Greenwood as the dead dad’s best golf buddy, someone scheming to get a few wishes of his own met, too. Find out whether dear old dad will get to be buried on his beloved Winnipeg Blue Bombers’ stadium grounds.

Trouble in the Garden

Trouble in the Garden marks yet another fantastic collaboration of CFC talent. Directors’ Lab alumna Ros Owen wrote and directed this tough, uncompromising story of a young First Nations woman (rising star Cara Gee) experiencing a profound identity crisis after having been raised by a white adoptive family from whom she is estranged. Trouble in the Garden was also produced by CFC alumni Bill Marks and Jennifer Mesich, and features CBC Actors Conservatory alumna, Kelly Van der Burg, in a key supporting role.

Shortwork Program One – The Garage and Keep Coming Back

We’re excited to see these alumni shorts in Shortwork Program One. The Garage was written by Writers’ Lab alumna Rachel Langer, a story in which a couple sort through old boxes in their garage, dredging up more than just memories. Then Producers’ Lab alumnus Brendan Brady produces and directs the dark comedy, Keep Coming Back, where he joins forces with executive producer Marc Tetreault, and CBC Actors Conservatory alumna-turned-producer, Erin Carter.

The WFF Content Summit takes place concurrently with the festival. Structured on bringing films to market and designed to provide filmmakers with the tools to succeed both within and beyond our borders, the Summit features 30 interactive business sessions and networking events for an expected 1000 delegates – storytellers and dealmakers who will delve into cinema’s converging fields of art, technology and commerce.

In addition to Carolyn Combs, Rachel Langer, Bruce McDonald and Erica Procunier mentioned above, we’re proud to see a sizable portion of the invited industry guests are CFC talent, including:

Grab your festival tickets at the festival website, and for more information on the WFF Content Summit, go here.