Notes from Silicon Beach: Dispatches from the Age of Influencer Marketing


Corey Vidal was on stage at VidCon 2011 in a hotel ballroom crammed with screaming fans. He was sharing his journey from homelessness to stardom when a guy in a suit leaned over to me and screamed above the din: “This is the future of show business.”

He was right, sort of. All of the elements of today’s massive “influencer marketing revolution” were in place back then –creators, fans, brands and agencies. Together, they are disrupting the half-trillion dollar advertising business, not to mention traditional celebrity culture rooted in films, television and music.

Talent is still at the heart of the industry. Early YouTubers like Vidal, whose videos have been viewed upwards of 75 million times, have been joined by thousands of digital creators who make a living delivering content to fans, collecting a share of advertising revenue, and cutting lucrative sponsorship deals. (Note: Vidal also launched Buffer Festival, a digital creators showcase with help from IDEABOOST back in 2012.)

The top tier of YouTube channels attract tens of millions of subscribers and tens of billions of views, as shown here in stats site, SocialBlade. Some 2,400 YouTubers have crossed the one million-subscriber mark, with four additional channels crossing that mark every day. Another estimated 24,000 channels register more than 100,000 subscribers. Mainstream publications like Forbes and TV Guide regularly trumpet the massive paydays of top YouTube stars.

Savvy brands were quick to jump into social media’s new attention economy with sponsorships and other ways to capitalize on the popularity and authenticity of homegrown digital celebrities, who are trusted by fans, and who give their permission when they subscribe to a channel or view a video. 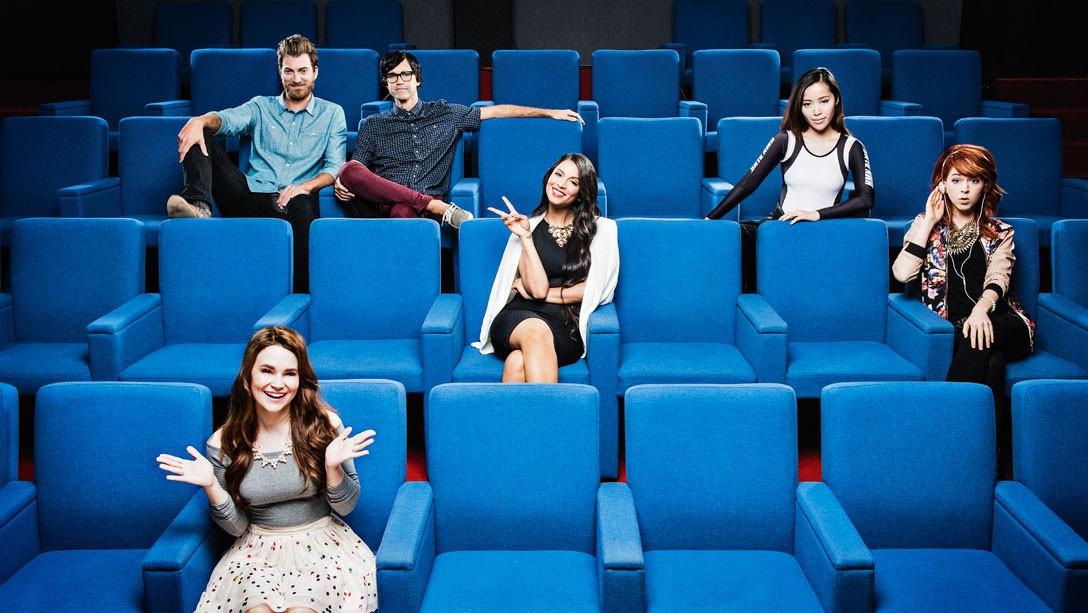 Hundreds of specialized agencies have emerged to help content creators find sponsorship dollars and help brands sort through the vast sea of what are now routinely called “influencers.”

The best of these agencies help match brands to the right influencers, as well as design and manage marketing campaigns/production and provide audience metrics and analytics. Among the benefits brands find in working with influencers:

How does this new breed of influencer agency deliver on these goals, while still allowing creators to remain true to the values and credibility that attracted their fans in the first place? How does the brand manager decide among the thousands of firms that have sprung up?

It can indeed be confusing.

To learn more, I talked with Taylor Klick, founder of IVVI, a Toronto-based influencer strategy firm with clients across North America such as Samsung, Adidas and Universal Pictures. IVVI has built an artificial intelligence engine that analyzes billions of YouTube and other videos to discover rising talent to create more efficient campaigns. IVVI was one of the first companies in IDEABOOST’s Network Connect program.

“Our goal is to wipe the web -- we are forging virality by gathering the right mix of influencers that have anywhere from 50,000 to two million followers – the right people who are influential enough, and enough of them; that’s where you can create a movement.”

IVVI’s predictive analytics technology seeks out influencers with spikes in views and subscribers, as well as growth in engagement, such as likes, comments and sharing.

IVVI also provides support in negotiating with influencers, planning live influencer events, and assessing ROI and other results of their campaigns. “By the way,” says Klick, who counts many YouTubers as personal friends, “Content creators hate being called ‘influencers.’”

Other agencies compete with different strengths. For example, WhoSay, founded by Steve Ellis, represents some 2,000 influencers and celebrities on an invitation-only basis, which reflects the company’s roots with the Creative Artists Agency. WhoSay also produces branded content featuring their roster, and distributes across multiple channels. To underscore just how mainstream influencer marketing has become, WhoSay was acquired by media giant Viacom earlier this year (and Viacom also acquired VidCon as they bulk up on digital media).

Influential is an AI social data and activation platform powered by IBM Watson that matches brands to audiences using machine learning on Facebook, Instagram, Twitter, Snapchat and YouTube. The site woos influencers, talent agencies and brands in a kind of multi-sided marketplace that delivers granular data about each party to the others.

Traackr is an enterprise-wide system for influencer discovery, management and analytics with an emphasis on scaling these influencer relationships across a large organization.

Sprinklr calls itself the number one “social suite for the enterprise,” in effect subsuming influencer marketing within the broader digital and social toolset for large companies and brands. Sprinkler helps brands with social listening, social advertising, social media management, and content marketing, the last being what often involves the recruitment of influencers. 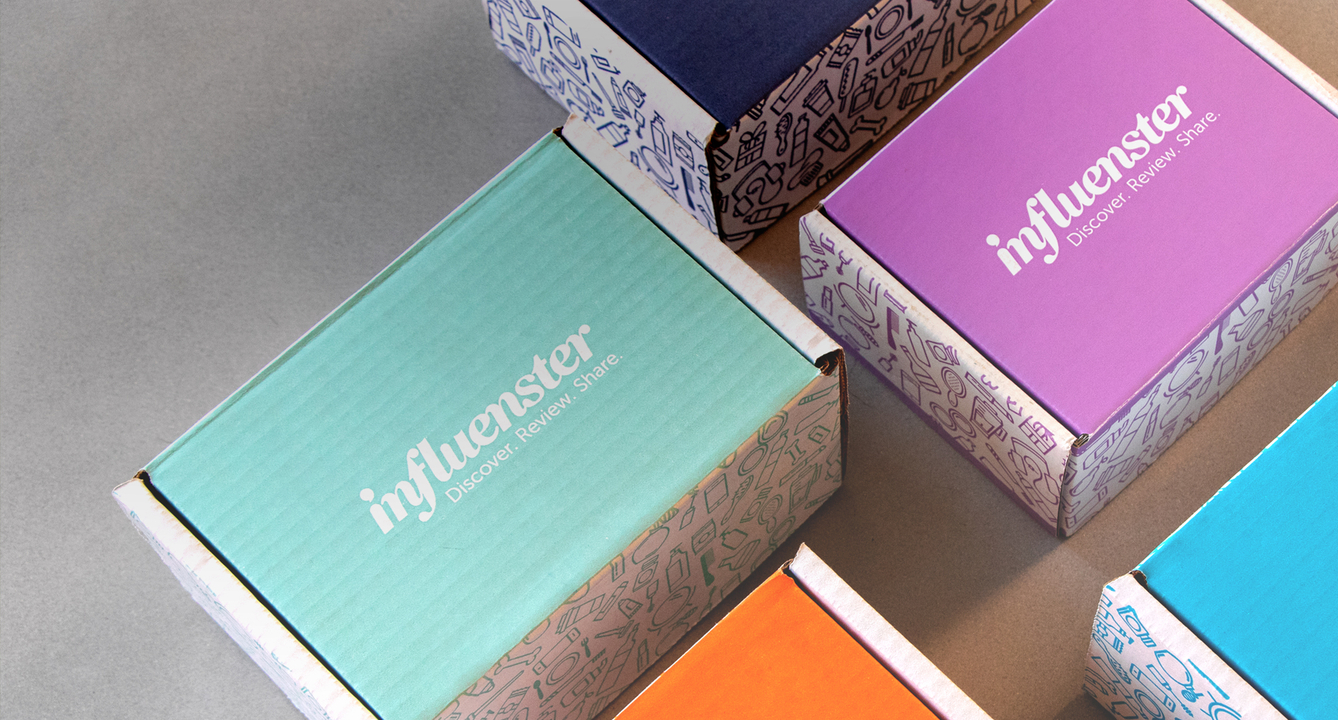 Taking the opposite approach, VidIQ is a technology suite aimed at brands, agencies and networks seeking to optimize audience for their own YouTube channels. Launched in 2011, the company is used by more than 30,000 YouTube channels.

Another audience-focused platform is Influenster, which aggregates millions of consumer reviews of thousands of products. While it isn’t strictly an influencer network of video creators, Influenster uncovers product trends, a kind of mass-market version of Product Hunt.

The frenzied growth of social media influencers, audiences and the agencies that link them to brands has had some growing pains, including such issues as “brand safety” – fake accounts, computer-generated influencers (bots) – all issues that have plagued the internet and social media overall.

Each of these agencies claim, with no small amount of self-interest, that they are the essential link to secure and authenticate followers and to carefully select and manage influencers who will not damage a brand with their hijinks or fraudulent numbers. So fraud protection becomes part of the suite of services in an industry that increasingly depends upon technology as a differentiator from the larger PR and marketing industry of which it is a growing part.

Nick DeMartino is a Los Angeles-based media and technology consultant. He served as Senior Vice President of the American Film Institute. He has been part of the IDEABOOST team since its launch in 2012, now serving as chair of its Investment Advisory Group.

Notes From Silicon Beach - Can the Blockchain Disrupt Entertainment and Media?