Six years ago, ApprenticeA Productions was one of the inaugural startups in the CFC Media Lab’s IDEABOOST Accelerator. Today, their Buffer Festival is a thriving tech and new media conference that draws hundreds of prominent YouTubers and digital content creators for a weekend of talks and presentations. The 2018 event took place at the St. Lawrence Centre for the Arts in downtown Toronto on September 27th to 30th, with guests being treated to a glimpse at the future of digital media.

That future includes Flipside VR, another startup in the IDEABOOST Accelerator Cohort 7. Both Flipside and CFC Media Lab sponsored the Buffer Festival Creators’ Lounge that weekend, demoing the former’s Flipside Studio in a high-profile showcase – one that speaks to the success of IDEABOOST in mentoring promising Canadian entrepreneurs.

Flipside is an animation tool that turns a room scale VR headset like the Oculus Rift or HTC Vive into a full motion-capture studio. With Flipside, creators can rapidly storyboard and edit animated videos or livestream animated content like they’d livestream a video from their phone.

“This is a way to make animated content faster so you can keep up with YouTube’s monetization rules,” says Rachael Hosein, the CCO and co-founder of Flipside VR. “You have to push out a lot of content and get a lot of minutes of video, which is almost impossible if you’re doing it in the traditional way.”

“People are looking for time savings,” says Flipside CTO and co-founder John Luxford. “YouTube’s algorithms prioritize long-form content, so an animator becomes challenged, versus someone who can whip out a phone and record until their battery dies. Something that can reduce the time becomes a really assistive tool.”

That’s what gives an app like Flipside transformative potential. On YouTube, special effects seldom get more ambitious than a green screen. Content needs to be relatively cheap to produce, which leads to a chorus of talking heads who deliver monologues to a fixed camera while a photo montage or a video game plays in the background. That visual stasis often reflects functional necessity rather than artistic intent. 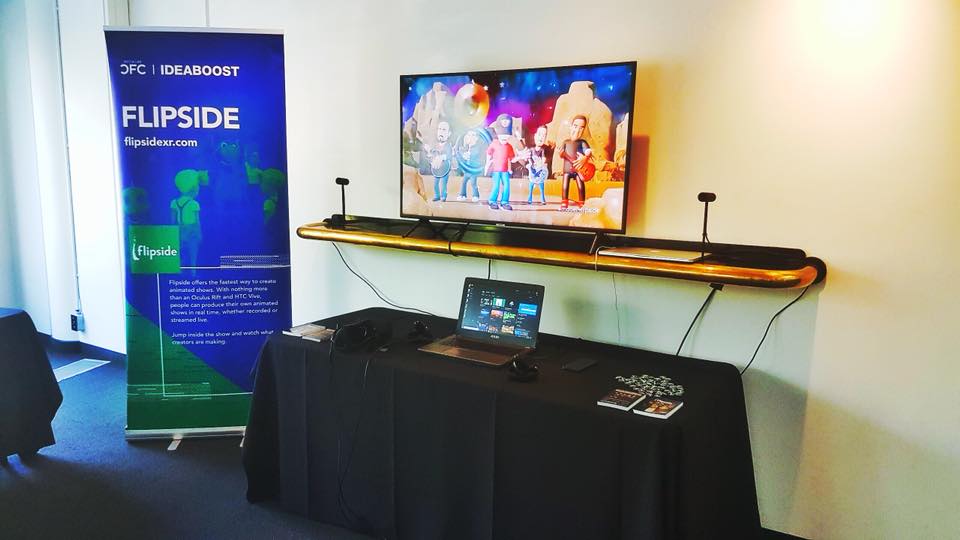 “A lot of ideas stem from what’s possible with technology,” says Luxford. Changing the formula is risky when YouTube incentivizes speed and consistency over originality, even for those who want to experiment with the form. Flipside makes it easier (and less expensive) to get something different in front of an audience, allowing creators to present new characters and settings at a fraction of the cost.

“Digitization has democratized the content world,” says Scott Benzie, the CEO of Buffer Festival. “What once took years of training is now tangible for anyone. For Flipside, it has enabled storytellers to become animators. In the right hands, that could be an amazing vehicle for change.”

“If I were to do this without the use of VR or mo-cap, I would have to find a 3D modeler to make a model, find someone to animate that model, get an actor to voice it over, and then use that footage to compose a show. That’s a big ask,” says Hosein. “Technology and accessibility go hand in hand.”

There’s no telling what new content will look like, which makes it exciting. The videos that people make with Flipside will reflect the different creative visions of the people using it, whether it’s a fully animated series or a one-off episode of a live-action channel akin to the claymation episode of a TV show like Community.

Even that single-use case represents a massive shift in the digital paradigm. Flipside may be the app that many creators didn’t know they needed, a user-friendly tool that allows them to take chances that once would have been prohibitively expensive.

“Flipside is a great partner for us,” says Benzie. “Our creators are always looking for new technology and new ways to explore storytelling. Flipside provides a glimpse into the future of content and consumption.”

“As the technology is getting leaner, people are becoming more receptive to it,” says Hosein. “It’s been great to get people who wouldn’t consider this as an option, to hear them brainstorm how they would use it. That’s giving us fresh ideas.”

The Creators’ Lounge offers a mutually beneficially exchange. Buffer Festival guests are introduced to genre-shaping technology that allows them to stay ahead of the market. Flipside, meanwhile, gets the opportunity to speak to and learn from its future customers. The honest feedback helps the company evolve and deliver a more appealing product.

“You have the opportunity to talk to a YouTube creator and learn the priorities, their thinking, and the business,” says Luxford. “We’re coming at it from a totally different vantage point. If you’re not connected to them, your ideas may not connect with their reality.”

“We’re finishing things as we go, but we’re hoping that a show or two emerge from this,” he says. “We’re hunting for people who might become users.” 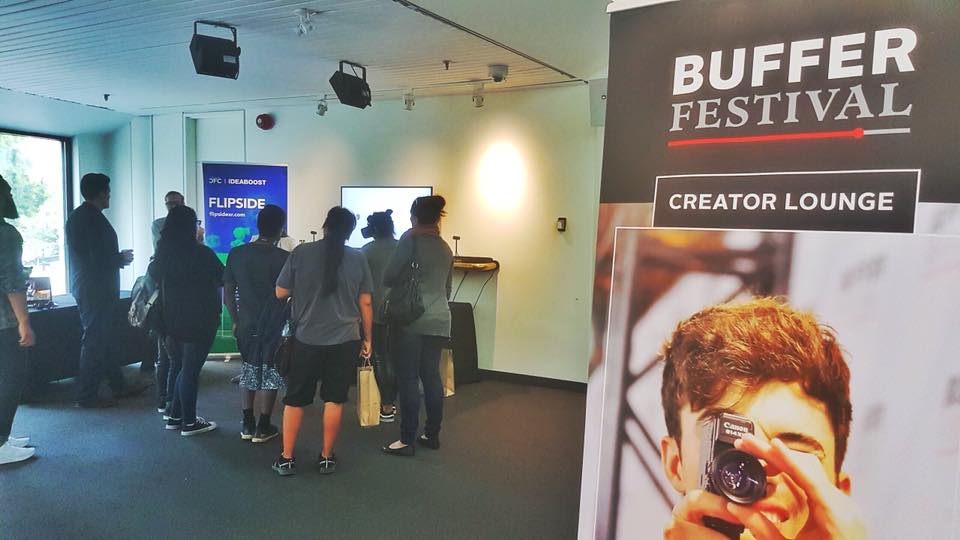 As the venue for that conversation, the Creators’ Lounge also demonstrates the value of programs like IDEABOOST. Buffer Festival is itself a success story, having grown from an independent startup into an international new media showcase and a thought leader in the sector. It now provides a platform that in turn nurtures smaller startups like Flipside, becoming an IDEABOOST alumnus that can return the favour.

“If we could go back there’s a ton of stuff we would do differently,” says Benzie. “I think the best example we can set is to not get hung up on our mistakes and setbacks. They’re part of the process and I wish we had come to that realization sooner.”

As one of the most prominent investors in that pipeline, the CFC Media Lab is simply fostering a healthier, more stable ecosystem for Canadian startups. IDEABOOST empowers companies like ApprenticeA with the knowledge and experience they need to stand on their own merits.

“[The CFC] know people that would be hard, as an independent studio, to connect with. Having someone to make those intros has been a great bonus,” says Hosein.

“They give you mentorship and opportunities,” says Luxford, describing conferences like Buffer Festival. “This seems to align with your target demographic. Why don’t you come showcase?”

Initiatives like the Creators’ Lounge ensure that IDEABOOST will continue to produce successful companies – and that the CFC Media Lab’s network will continue to expand – in the years to come. Flipside VR is the latest beneficiary, inheriting the legacy from ApprenticeA Productions as a Canadian startup with a groundbreaking new idea that deserves to reach a wider audience.