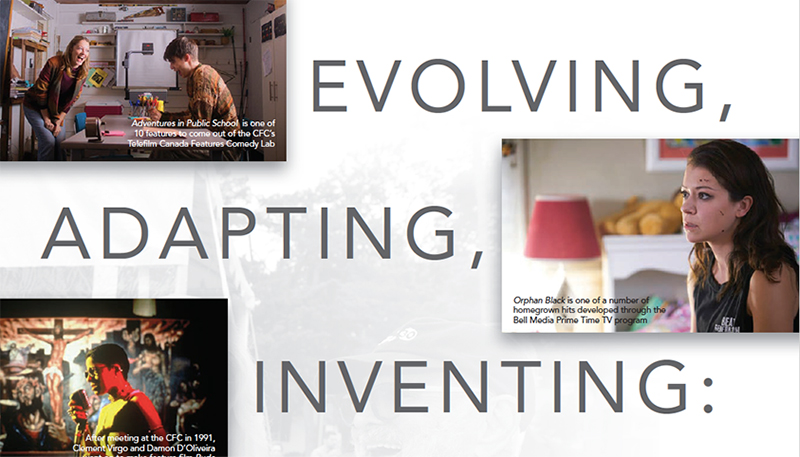 In their September issue, Playback profiled the CFC on the occasion of its 30th anniversary. Freelance journalist and film critic Linda Barnard interviewed key CFC alumni and executive staff for the piece, including our founder and CEO Norman Jewison on his evolving vision for the organization.

Discover the origins of the CFC, and how it has substantively grown over its 30-year run. What began as a centre focussed exclusively on training filmmakers, the CFC has transformed into a place that supports, develops and accelerates the content, careers and companies of Canadian creative and entrepreneurial talent across the spectrum of screen-based and digital industries.

30 Productions CFC Had a Hand in Making