From Script to Score to Screen: The 2018 Slaight Music Residency Showcase

Kathryn Emslie, CFC’s Chief Programs Officer, welcomed guests to the showcase and provided a glimpse into what these four residents have accomplished over the course of their nine-month residency, “They’ve been busy creating original music for more than 49 different productions, collaborating with more than 32 different film and TV creators, they have participated in more than 125 workshops, sessions, exercises, meetings and case studies, and they’ve met with some key power players in the global film and TV industry.” She continued, “They are leaving our doors with a substantially increased body of onscreen work, many new relationships, they are more confident in their skill sets and are more than ready and willing to take on [scoring for] film and TV.”

CFC CEO Slawko Klymkiw took to the stage to thank the program’s title partner, “We would never have been able to run this program without the support of Gary Slaight and The Slaight Family Foundation; their belief in Canadian music has allowed this program to prosper.” He went on to thank the program’s incredible mentors, as well as Program Chairs Juno Award-winning singer-songwriter Marc Jordan andcelebrated composer and musician Lesley Barber.

Last night’s showcase event included the premiere of a cinematic piece from each of the four residents, based on a 3-minute visual concept that reflects aspects of their creative voice and that features an original song and/or composition in a cinematic and compelling way. This exercise enabled the residents to experience the full script-to-screen process. Take a look at – and have a listen to – their pieces below:

Following the screening of the cinematic pieces, the residents were called on stage to accept their certificates of achievement, which were presented by Gary Slaight and Marc Jordan. 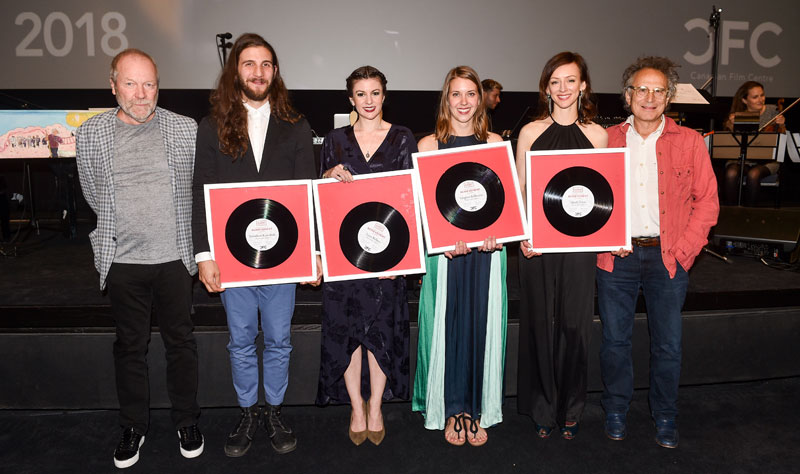 Guests were then treated to a special live musical performance by the four residents, who were joined by a string quartet, which included Slaight Music Residency alumnus Michael Peter Olsen, as well as alumnus Dillon Baldassero on synthesis. The performance was a tribute to some songs and score in film that were selected by the residents as points of inspiration for each of them, and included musical selections from Portishead, Jóhann Jóhannsson, Philip Glass, Harry Warren and Mack Gordon, and Sufjan Stevens. Select scenes from each film were projected on the screen behind them throughout the nine-minute compilation. 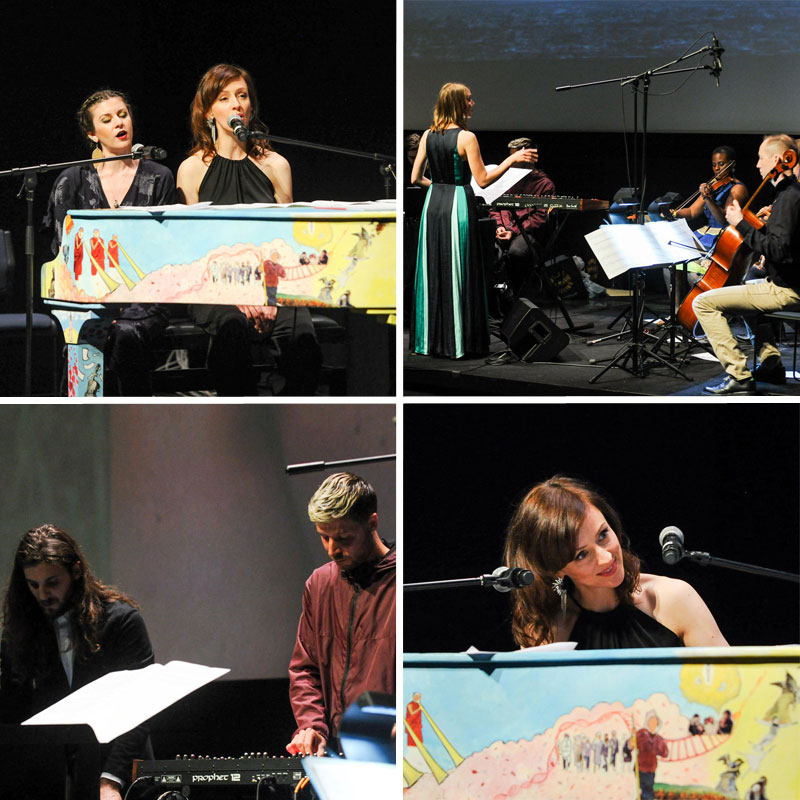 The 2017/18 residents performing at the showcase.

The six individuals who have been selected to participate in the 2018/19 Slaight Music Residency were also announced at last evening’s showcase: Suad Bushnaq, Jason Couse, songwriting duo Ashley Jane and Timon Wientzek of In the City, Stephen Krecklo and Antonio Naranjo. Stay tuned for the full 2018/19 residents announcement, which will be available on our website tomorrow.