There’s always something new to learn in an industry that changes as rapidly as Virtual Reality (VR). That was evident throughout the third annual Virtual and Augmented Reality World Conference and Expo, which took place at the Rogers Communication Centre in Toronto on June 16-18. Better known as “VRTO,” the event featured some of the biggest names in the worlds of Virtual and Augmented Reality (AR), who were on hand to discuss everything from screens and headsets to the growing importance of blockchains in digital security.

VRTO attracts a range of people and companies. Keynote speaker and Second Life creator Philip Rosedale has been pioneering immersive online worlds for more than two decades. A company like AccessAR, a fashion startup that uses AR to allow clients to digitally try on glasses, jewelry and other accessories, is a relative newcomer. Both are vital to the VRTO mission, which blends age and enthusiasm in its search for innovative new applications of VR technology.

“That spirit of discovery strengthens the ecosystem,” says Keram Malicki-Sanchez, the founder and executive director of VRTO. “Anybody who’s established needs to stay with the times. Companies that put everything on the line teach people what the future might look like.” 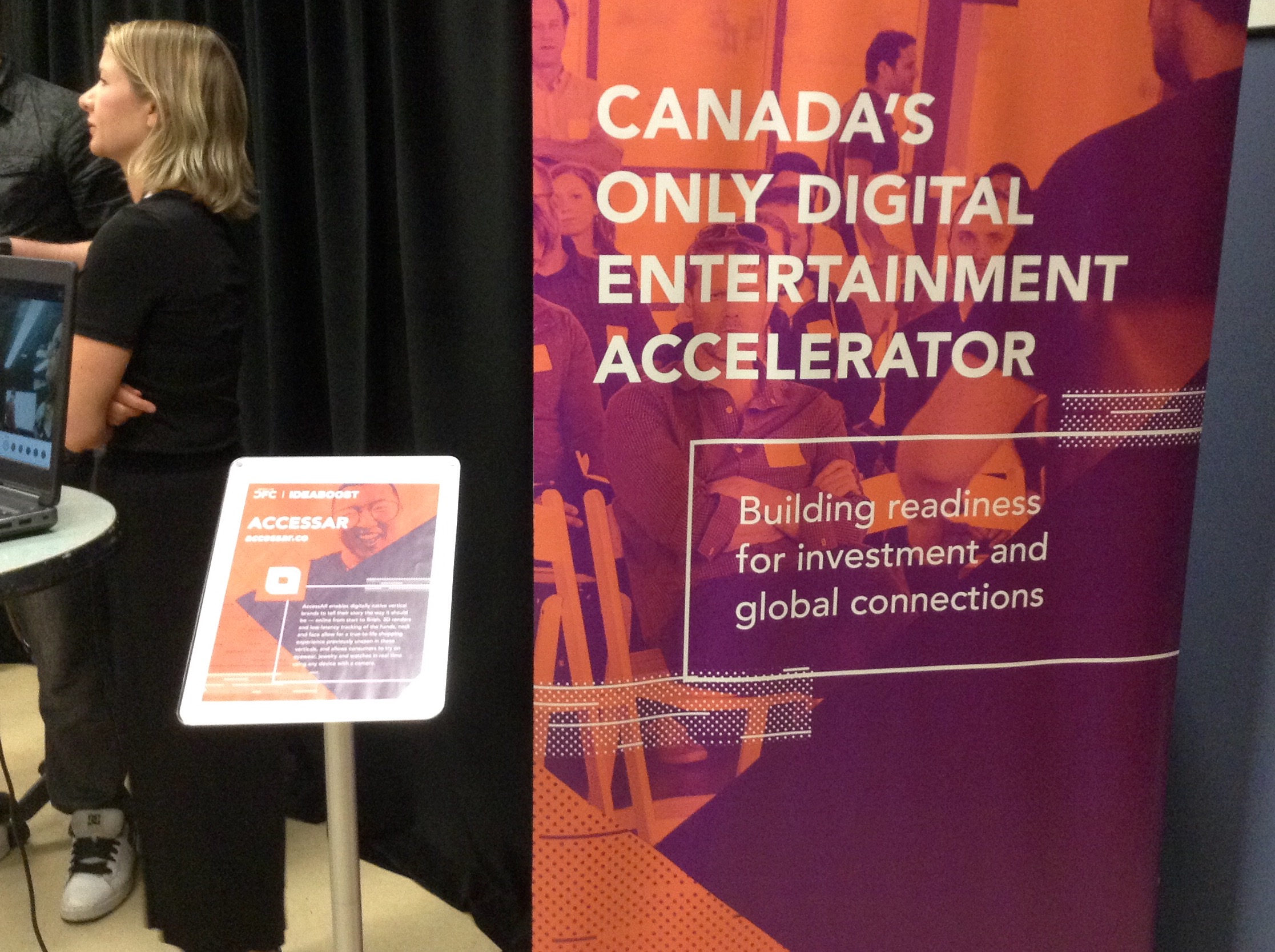 VRTO was designed as a forum where companies at both ends of the economic spectrum could meet and exchange ideas. As a sponsor and an exhibitor, the Canadian Film Centre (CFC) Media Lab has been a crucial partner, a relationship that continued in 2018 with the IDEABOOST AR Zone and the IDEABOOST Startup Zone. Both booths gave VRTO floor space to multiple members of the IDEABOOST Network Connect community, including the aforementioned AccessAR.

“The CFC represents a way to foster and incubate nascent companies,” says Malicki-Sanchez. “They’re trying things that haven’t been tried before, so it’s essential to have that kind of organization helping these people along in the germination phase.”

“Keram and his team have created a very welcoming and supportive environment where ideas are exchanged freely and meaningful connections are made,” says Kori Golding, the President of Albedo Informatics, which is currently developing LARGE (Location-Based Augmented Reality Gaming Engine). For companies like Albedo Informatics, a booth at an event like VRTO is one of the perks of being in IDEABOOST.

“It’s nice to feel like you’re a member of a tech community and exhibit without having to deal with the application and the high seas,” says Chrissy Gow, the CEO of AccessAR. Gow met with many potential employees and potential investors at VRTO. Tapping into that wider network can have other tangible benefits for small startups that don’t have the resources (or the inclination) to handle every problem internally.

“[VRTO] is a great opportunity to meet content creators that are looking to get into VR or are already in the VR space,” says Aria Shahingohar, the Technical Lead at  PCPVR, which is developing an intuitive new platform for entertainment companies looking to create VR content. Though Shahingohar is confident in the product, PCPVR focuses on tech. The company doesn’t have the infrastructure or the expertise needed to populate its platform, and VRTO is an excellent place to find partners that can fill that role.

“We get to understand how we fit in, and how we can collaborate,” says Srivinas Krishna, the CEO of Geogram, a mobile app that allows users to create and share interactive, location-based AR and VR content.

“We just met a gentleman who’s trying to do something in the winery space, and what he was describing is what we’ve been doing for the past five years in other spaces. It gave us a chance to talk about how we can bring our technology to bear on what he’s doing.”

According to Krishna, it can be just as beneficial to find overlaps. Many startups face similar challenges. If someone else has already solved an issue that’s been causing trouble, there’s no point in wasting time that could be dedicated to a more essential task. Events like VRTO allow companies to compare notes and more easily spot redundancies.

“We’ve met a ton of industry professionals who have experience in the field we’re in,” says Gow. “In terms of troubleshooting, we’ve had some great ideas thrown our way.”

That sense of mentorship is one of the most important takeaways for many VRTO attendees. It’s comforting to know that someone else has been there before, and it can give a fledgling startup the confidence it needs to keep moving forward.

“Everyone has problems,” says Gow. “Keep iterating. That’s what everyone else is doing, so there’s no reason to be ashamed of it.” 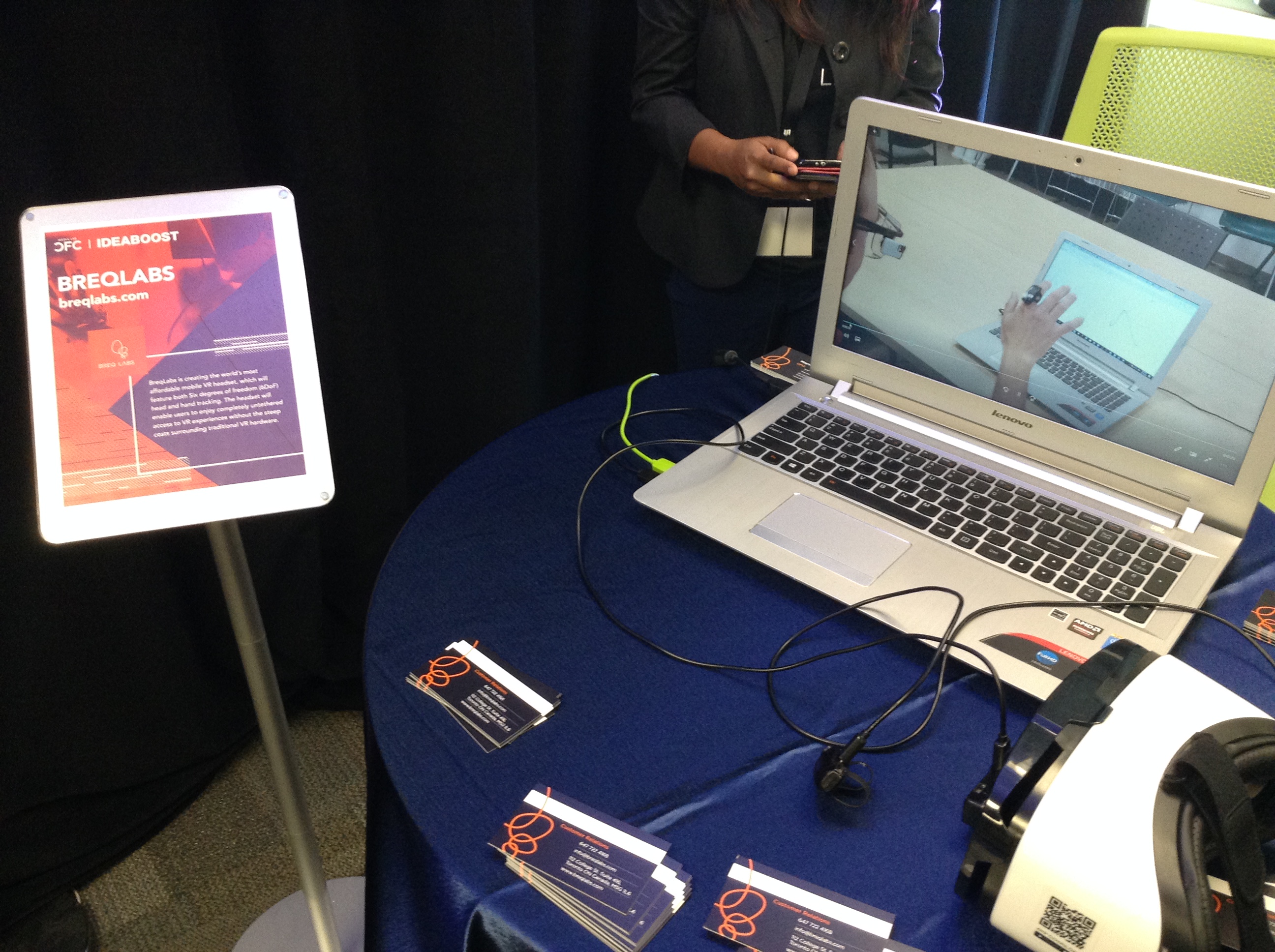