We’re gearing up for the 10 th year of the CBC Actors Conservatory, Canada’s only full-time comprehensive professional onscreen acting program. The conservatory is renowned for offering a transformative artistic experience that strengthens the performers’ instrument, builds their professional and creative skill sets, and empowers them to navigate career and marketplace opportunities.

The Actors Conservatory now boasts an impressive 74 alumni – alumni who are recognized industry-wide, in Canada and abroad, for their unique and exciting talent. Alumni who have landed lead roles on a range of hit TV series in a variety of genres (like Annie Murphy on Schitt’s Creek, Giacomo Gianniotti on Grey’s Anatomy, Emily Coutts and Patrick Kwok-Choon on Star Trek: Discovery, Alex Paxton-Beesley on Pure, Emmanuel Kabongo on Frankie Drake Mysteries, Kawennáhere Devery Jacobs on American Godsand the list goes on …) and roles in hit feature films (like Canadian Screen Award-winning actor Nabil Rajo for his performance in Boost, and Erin Carter and Grace Glowicki in Suck it Up). Actors Conservatory alumni are garnering international industry attention (like Kawennáhere Devery Jacobs making The Hollywood Reporter’s 2017 list of Canada's Rising Stars: 15 Breakouts Making an Impact in Hollywood), are creating exciting content, and are enriching the global entertainment landscape. Alumni of the conservatory have inspired tremendous interest in this program – the work they are doing and their long list of successes are the best tools for recruiting future residents!

And now, we are thrilled to welcome eight talented actors into this year’s program. The Canadian talent pool is deep and strong – as a result, our selection process was harder than ever. As Kathryn Emslie, CFC’s Chief Programs Officer, explains, “The CBC Actors Conservatory continues to attract wonderful actors that reflect an exciting range of backgrounds and experiences, stemming from theatre, dance, musical theatre, improv, comedy, TV, film and yes – even Cirque du Soleil! This year’s actors have much to offer our community and our creative industries; we’re delighted to have them join our program and we can’t wait to see them get to work!”

Get to know our 2018/19 CBC Actors Conservatory residents below. We asked the incoming residents what character from a notable film or TV show has inspired them and why. Read their answers and bios:

Character Annie is inspired by: “Anne Bancroft (The Miracle Worker). I find myself attracted to characters that ignite a polarized response in me. I fell in love with her violent relentlessness, layered with surprising humour. And those spectacles!” 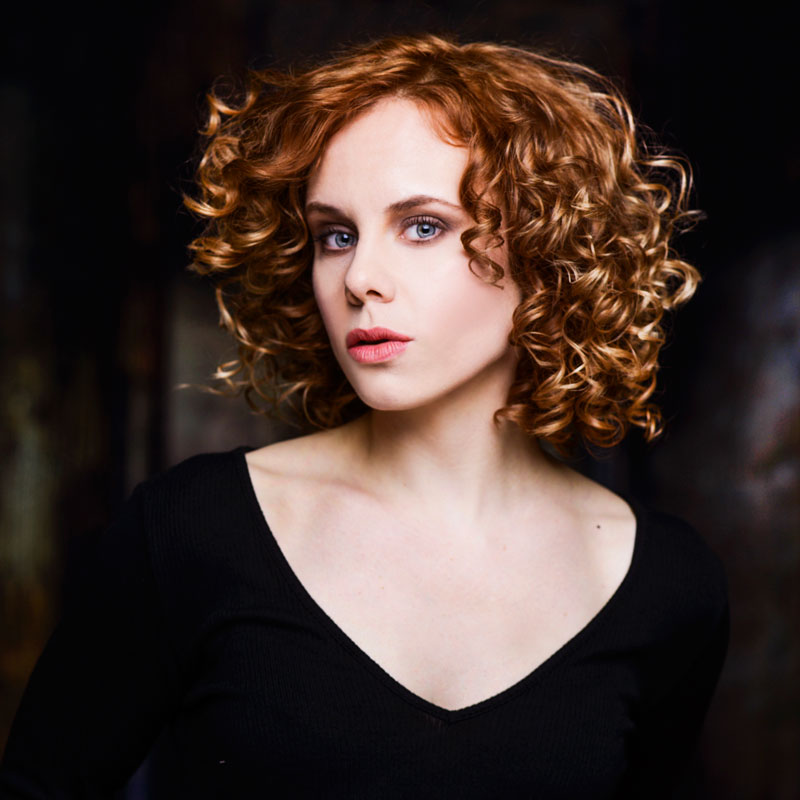 Originally hailing from Halifax, NS, Annie Briggs is a graduate of the American Academy of Dramatic Arts in NYC. Her select screen credits include Murdoch Mysteries, Before The Dark: Digital (Shaftesbury), Dark Matter (SyFy), Couple-ish (Square Balloon) and Luvvie (short). Briggs is best known for her work as "Lola Perry/The Dean" in four seasons of the multi-award-winning webseries Carmilla as well as the feature film adaptation, The Carmilla Movie. Most recently, she co-created, wrote and starred in the new Shaftesbury digital series CLAIREvoyant. Briggs has worked with a variety of Canadian theatre companies, including Neptune Theatre, Single Thread Theatre Co., Food for Thought, Festival Players of Prince Edward County, Chester Playhouse and Shakespeare by the Sea.

Character Vivien is inspired by: “Maria in The Sound of Music is an inspiration. I mean she sings whenever she has feelings about anything. Brilliant.” 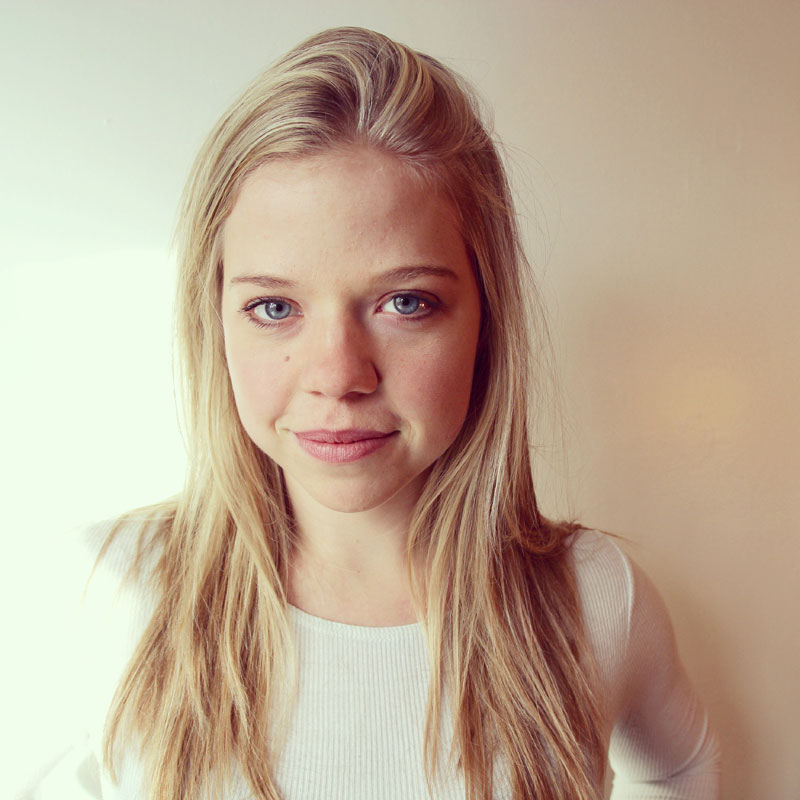 Vivien Endicott-Douglas is best known for her work on stage with many of Toronto's foremost theatre companies. She was recently nominated for a Dora Mavor Moore Award for Outstanding Performance in Nightwood Theatre's production Lo or Dear Mr. Wells.Endicott-Douglas has starred and guest starred in several films and television series, including Hemlock Grove, Copper, Murdoch Mysteries, Rookie Blue and The Line, and was nominated for an ACTRA Award for Outstanding Performance for her work in the feature film The Shape of Rex.

Character Eric is inspired by: “Joker in The Dark Knight makes me question the dimensions of complexity possible in character work and has me itching to get innovative.” 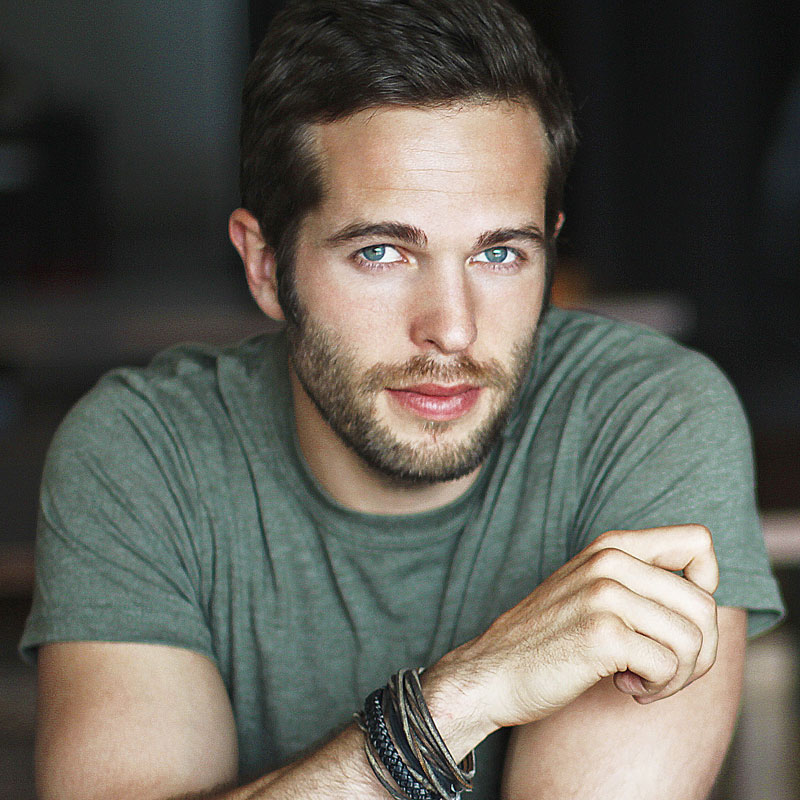 Eric Hicks is a Saskatchewan born actor who starred in more than 30 short and independent films before joining ACTRA in 2015. His credits include Quantico (ABC), The Strain (FX), Reign (CW) and a recurring role on all three seasons of the multi-award-winning detective series Cardinal (CTV/eOne). Most recently, Hicks landed the recurring role of Detective Ken Tucker on Season 2 of Bad Blood (CityTV).

Character Daniel is inspired by: “The Terminator (Terminator 2). If ever I get slowly lowered into a pool of molten steel, I'm going down with my thumbs up. And screaming.” 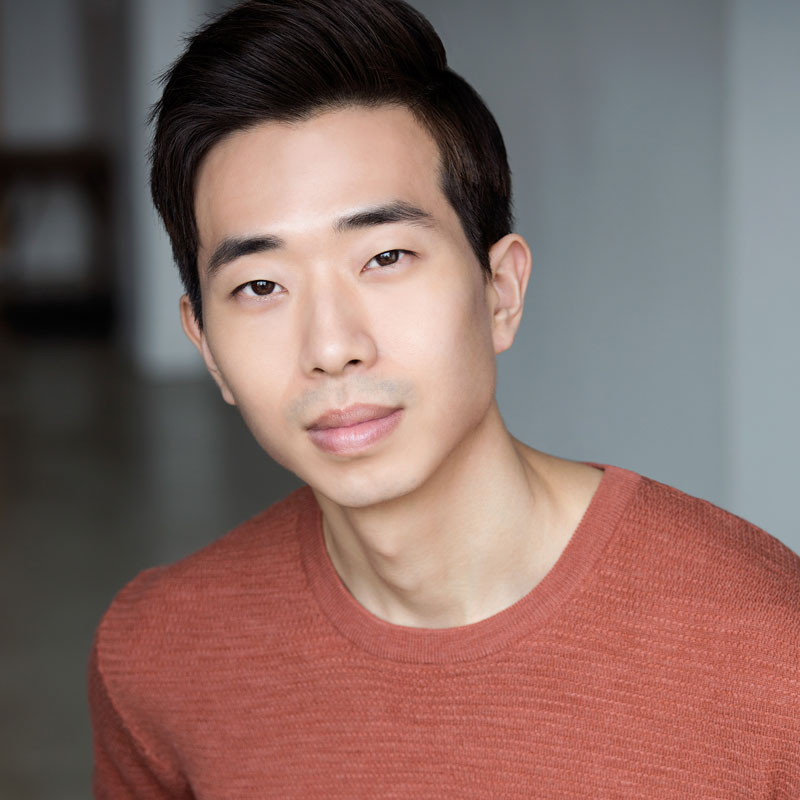 Daniel Jun is a Korean-Canadian storyteller with an eclectic track record. He was born in Taiwan and grew up in China, New Zealand, Korea and Canada. In addition to being a dedicated actor, he is also a former Marine sergeant, a professional street dancer, a McGill alumnus, and an avid shower singer. Jun has worked with Cirque du Soleil and Tangente, and his recent screen credits include Designated Survivor, The Hummingbird Project and the lead in the indie feature Stand Up Man.

Character Brandon is inspired by: “Daniel Day Lewis in There Will Be Blood – the first time I saw what work and commitment looked like.” 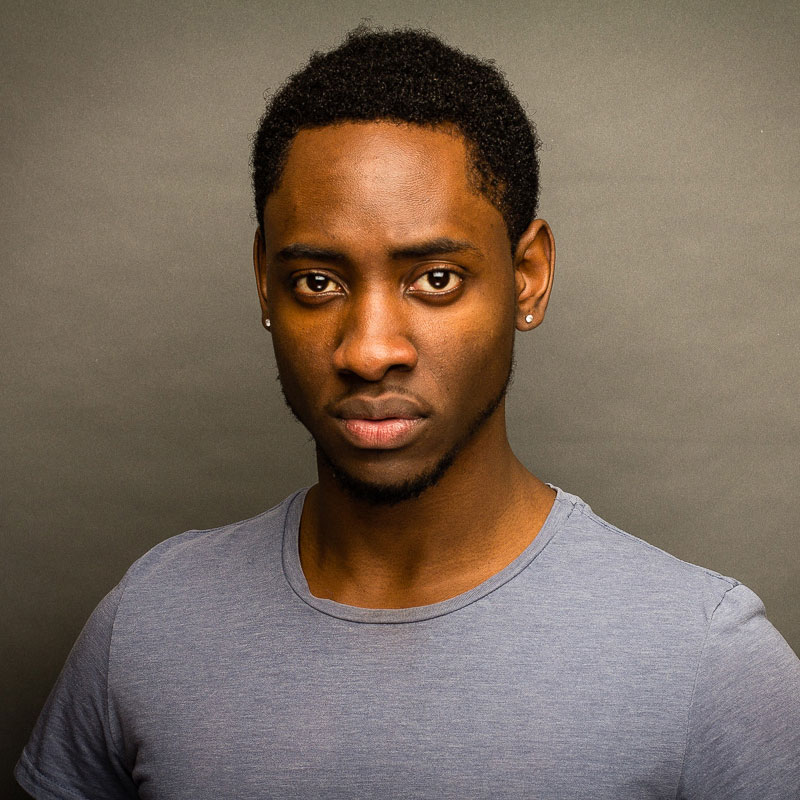 Character Michelle is inspired by: “Harriet. M. Welsch from Harriet the Spy inspires me to be intrigued by perspective. She also inspires me to dance to James Brown in a potato costume.” 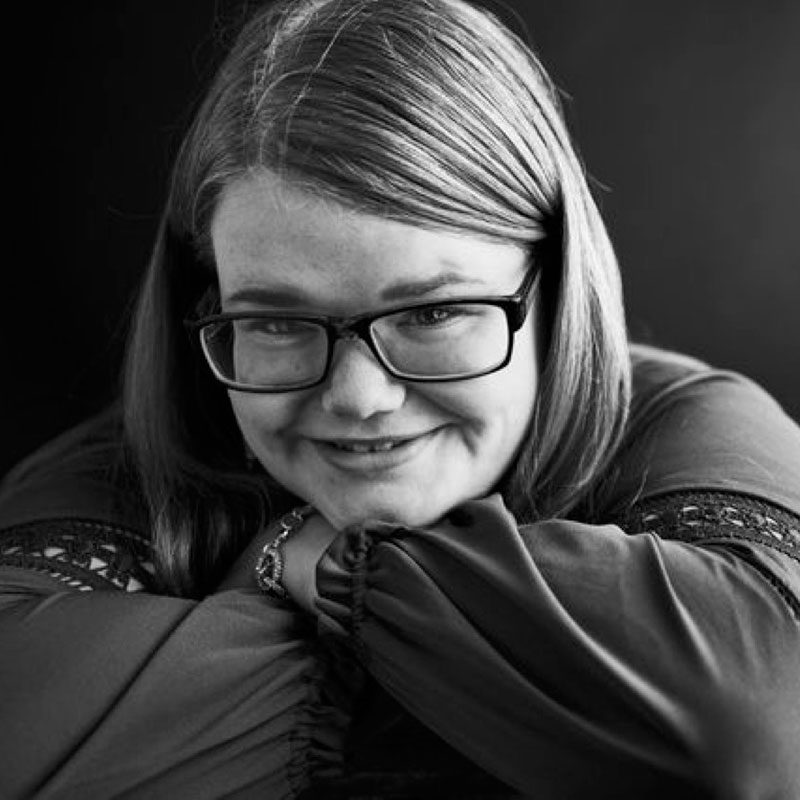 Michelle McLeod is a Toronto-based actor and comedian and a graduate of the University of Guelph’s Theatre Program, Humber College’s Acting for Film and Television Program and the Second City Conservatory Program in Toronto. McLeod’s credits include the lead role in Pat Mills’ Don’t Talk to Irene (TIFF 2017; 2018 Canadian Comedy Award for Best Feature Film), Angry Angel, They Eat Your Teeth, and most recently, the feature film Natalie.

Character Araya is inspired by: “I watched The Mask a million times. A guy with a green face became anyone he wanted, saved the day and he got the girl.” 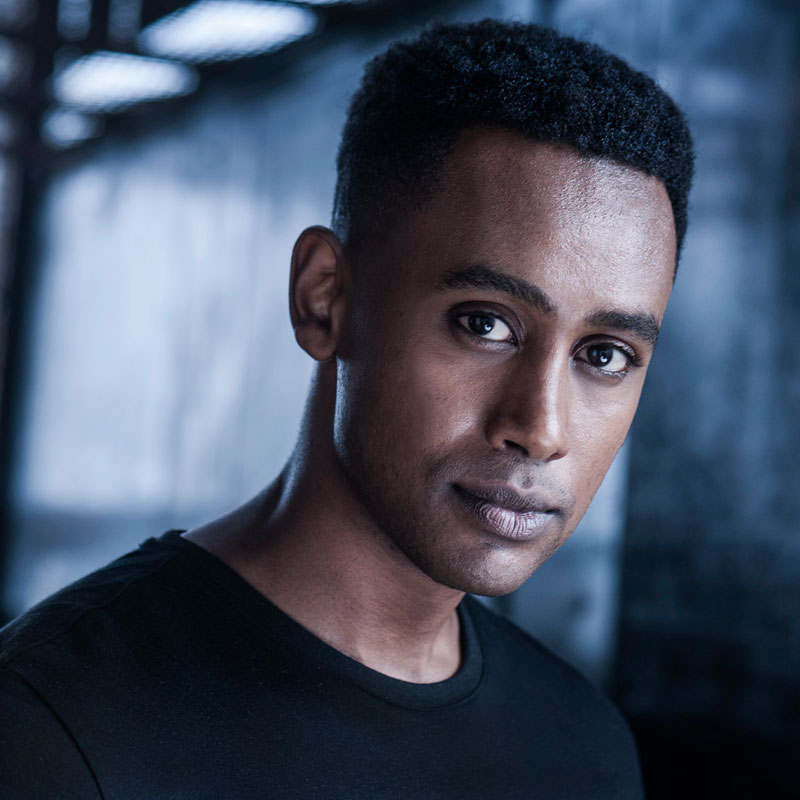 Araya Mengesha is a Toronto born and raised actor. Mengesha’s stage credits include Breath of Kings (Prince Hal/Henry V) and Rice Boy for the Stratford Festival, as well as War Horse and The Lion King (Young Simba) for Mirvish Productions. His screen credits include recurring roles on TV series Anne with an E, Shoot The Messenger, Hemlock Grove and Rogue, as well as appearances in Man Seeking Woman,Saving Hope and Mystery Hunters, and films Run This Town (upcoming), Jean of the Joneses, Cul de Sac and Nurse.Fighter.Boy. Mengesha is a graduate of Ryerson Theatre School.

Character Nicki is inspired by: “Christine Baskets on FX’s series Baskets is the most heartwarming, heartbreaking, hilarious character I've ever seen. She is so genuine – the comedy never feels scripted.” 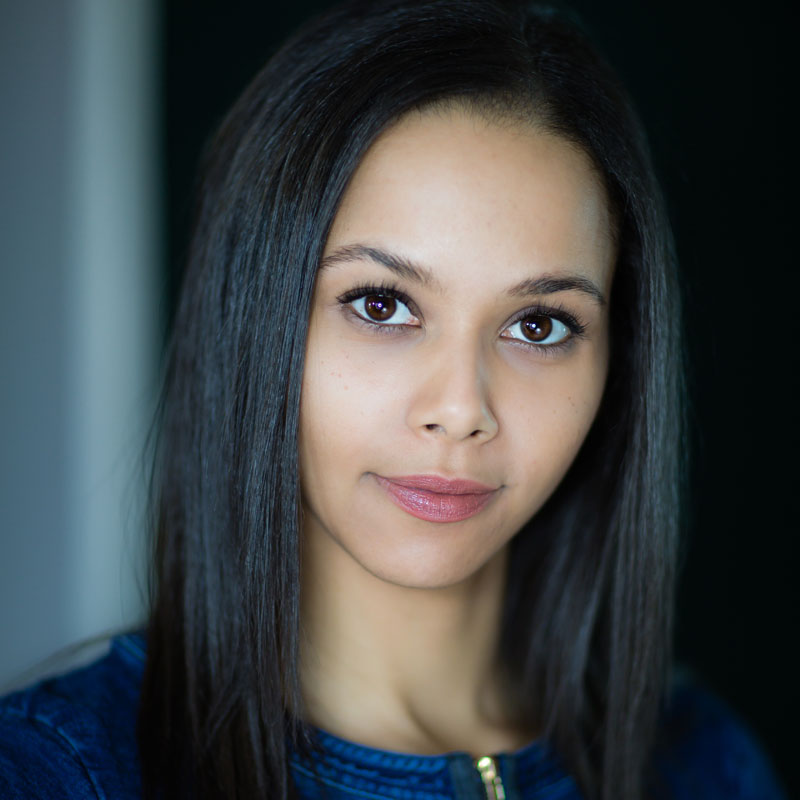 Nicki Whitely is a Toronto-based actor who became an ACTRA member at the age of 11. Her television credits include Workin’ Mom’s (CBC), Conviction (ABC)and a recurring role on The Strain (FX). Whitely is especially proud of her role in the TV movie Betty and Coretta (Lifetime), where she played Attalah Shabazz, the eldest daughter of slain civil rights leader Malcom X.Her training includes classes at Neptune Theatre School in Halifax, NS.

These eight residents will start at the CFC on Monday, July 16, 2018. Stay tuned for more updates on their activities throughout the six-month program.