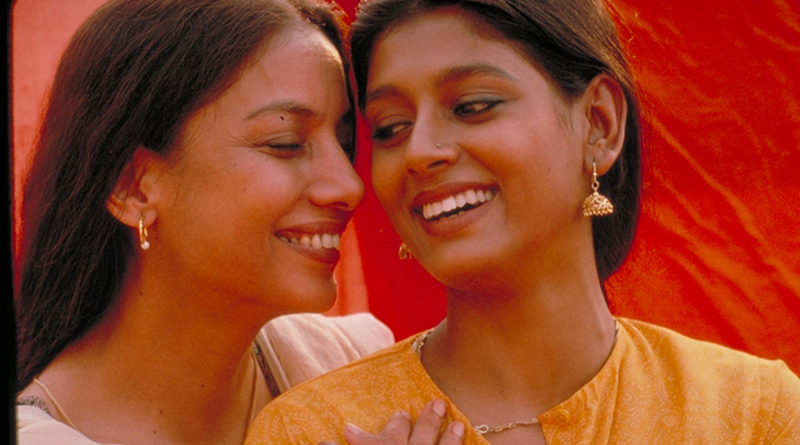 June marks the start of Pride in Toronto and many other places worldwide. Here, the month-long celebration of lesbian, gay, bisexual, transgender, queer and two-spirited (LGBTQ2) lives, politics, art and culture culminates in a massive parade attended by two million. Yet this year’s celebrations may be more muted. Sobering reminders of homophobia persist, like a documented increase in hate crimes and a serial killer who targeted gay men, especially immigrants of colour. Angry, fearful and grieving, many seek community-driven solutions like the recently launched #UntilWereSafe campaign, and a dedicated moment of silence during this year’s parade.

Equal parts mourning, protest and joy, Pride celebrations echo a longer history seen onscreen in Canadian films. To honour this history, we’re digging into the vault for an admittedly partial look back. These nine queer films forged new worlds and lives via documentary, fiction, social critique and aesthetic experimentation. Together, they reframe desire from a queer lens that enriches our wider Canadian cinema.

Set in a gritty Toronto, Outrageous was way ahead of its time. It starred Craig Russell as a drag queen performing and supporting a childhood friend escaping psychiatric institutionalization. Made in the shadow of New York’s 1969 Stonewall rebellion (widely seen as the start of Pride), Outrageous challenged staying in the closet; be true to yourself, not blend in, was its motto. A powerhouse as Peggy Lee or Barbra Streisand, Russell made the film better known than most cult classics; the film not only played at the Toronto International Film Festival (then called the Festival of Festivals) and the Berlin Film Festival, but at Berlin, won Russell the Silver Bear for Best Actor. 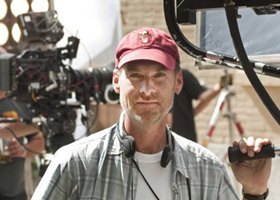 Decades before his heartwarming Breakfast with Scot, CFC alumnus Laurie Lynd made the short film, RSVP, which B. Ruby Rich included in her famous “new queer cinema” essay – a cinema favouring edgier aesthetics that challenged assimilation and heterosexual indifference to AIDS. RSVP opens with Sid (Daniel MacIvor) after the death of his partner, Andrew, of AIDS. He turns on CBC’s classical music radio program, “RSVP,” for his request of Jessye Norman singing Berlioz’s "Le Spectre de la rose." Sid then calls family members. As each listens to the program in their time zone, they flashback to Andrew’s life. An eloquent study in grief with minimal dialogue, RSVP so moved Norman that she joined Lynd at its Toronto International Film Festival premiere – and held his hand through the screening.

Picture pulp fiction paperbacks’ salacious covers of good girls gone bad. The documentary Forbidden Love uses them as a point of departure for interviews both hilarious and heartbreaking with butch-femme lesbians of the mid-twentieth century. A vibrant lesbian subculture emerges in the film, amid an underground bar scene that offered respite – and threat, given frequent police raids. Produced by the National Film Board’s Studio D (the Women’s Studio), it premiered at the Toronto International Film Festival and helped galvanize a growing circuit of international queer film festivals.

In 2017, CFC Features’ 1995 feature RUDE had its 4K restoration at the Toronto International Film Festival. Directed by CFC alumnus Clement Virgo and produced by fellow CFC alumni Damon D’Oliveira and Karen King, it was the first Black-written, directed and produced feature film in Canada, and auspiciously debuted at Cannes. RUDE portrayed a surreal triptych of three urban characters struggling for redemption one Easter weekend. Among the three was Jordan (Richard Chevolleau), a promising but gay-questioning boxer who participates in a gay-bashing. Intriguingly, Virgo’s later 2007 screenplay for Poor Boy’s Game tracked another gay boxer, also sparring with himself.

Indo-Canadian filmmaker Deepa Mehta’s Fire was the first of her acclaimed Elements Trilogy. The film was set in India about two sister-in-laws, the older and more melancholy Radha (Shabana Azmi) and Sita (Nandita Das), who fall in love. Fire ignited a controversy in India as the first mainstream film shown there that explored lesbianism. In one tender scene, Sita says to Radha, “There is no word in our language that can describe what we are, how we feel about each other.” The film answers that heartbreaking moment, not simply with a single word, but rather, a whole narrative of female independence.

Léa Pool’s Set Me Free subtly depicts a girl’s coming of age, which Pool suggests was semi-autobiographical. Teenage Hanna (Karine Vanasse) lives in 1960s Montreal with her father and depressed mother. At high school, she’s crushing out on her best friend and a female teacher. She also loves watching and mimicking Anna Karina in Godard’s classic, Vivre Sa Vie, a motif that sketches how onscreen characters help us make sense of ourselves. Poignant and bittersweet, it won the Special Prize of the Ecumenical Jury at the 49th Berlin International Film Festival, and the Best Canadian First Feature Film at the 1999 Toronto International Film Festival.

Long before Big Little Lies, Wild and Dallas Buyers Club, Jean-Marc Vallée leapt into Canadian hearts with this French-language drama with a killer soundtrack; 10 per cent of the budget, including Vallée’s forefeited salary, went to the rights.

Set in Quebec also in the 1960s, the film explores the nascent sexuality of teenage Zac (Marc-André Grondin), and his rifts with older brothers and father, whom he admires. Like Hanna in Set Me Free, C.R.A.Z.Y. shows that coming out is both liberating and lonely, achieved at the cost of family. One of 2005’s highest-grossing films in Quebec, it was nominated for 45 awards and won 38. In 2015, the Toronto International Film Festival Critics ranked it one of the Top 10 Canadian Films of All Time.

CFC alumnus Stephen Dunn wrote and directed this award-winning debut, developed through CFC’s Cineplex Entertainment Film Program and featuring CFC alumni Todor Kobakov’s music and Bryan Atkinson’s editing. By 2015, the queer coming-of-age film was familiar, but Dunn puts a new spin on it via magical realism. Oscar (Connor Jessup) dons and envisions creative makeup, a practice he hopes will lead him to New York to study special effects makeup for the movies. Haunted by a horrific gay-bashing that he witnessed as a child, Oscar moves tentatively toward his desires – and a confrontation with his father. Closet Monster won Best Canadian Feature Film at the 2015 Toronto International Film Festival, and then ran as part of TIFF’s Canada's Top Ten.

Bonus Tip: CFC alumna Ingrid Veniger’s recent Porcupine Lake is set in Ontario’s cottage country, about the shifting friendship of two preteen girls, but you can also catch Veniger’s experimental live soundtrack film, He Hated Pigeons, at Toronto Harbourfront’s newest festival, Brave: The Festival of Risk and Failure, in July. And while you’re there, meet one of the queer cinematic icons of all time, John Waters, in the flesh.

Summer TV and the CFC: Where to Catch our Alumni this Season