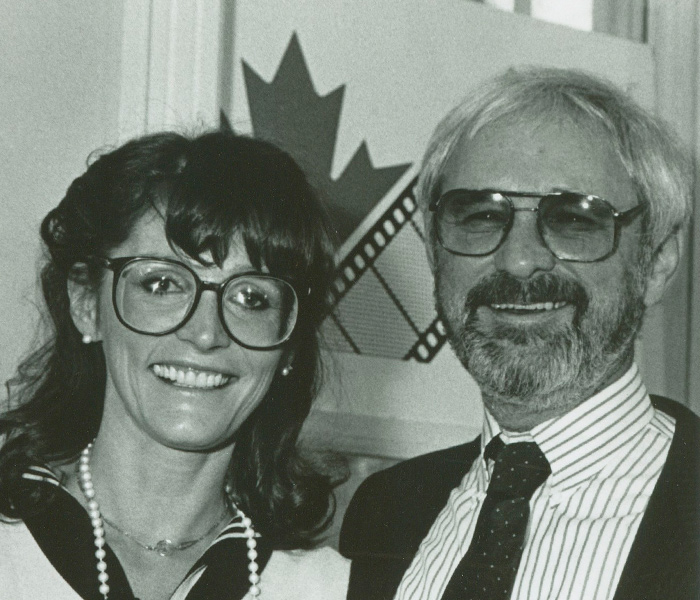 Margot Kidder with Norman Jewison in 1989.

The CFC is saddened to learn that Canadian actress Margot Kidder, known for her roles in films such as the original Superman film series and Black Christmas, has passed away at the age of 69.

In addition to her acting career, Margot was also a resident of the CFC, completing the Cineplex Entertainment Film Program (Directors’ Lab) and Short Dramatic Film Program in 1989 and 1990, respectively. Although she would later call America home, she was born in Yellowknife, NWT, in 1948, and would live in various Canadian cities throughout her youth.

Margot began acting in the ‘60s, landing her first major feature film role in Gaily, Gaily, directed by CFC Founder and Chair Emeritus Norman Jewison. Throughout the ‘70s, she was cast in genre films such as Brian De Palma’s Sisters and Bob Clark’s Black Christmas, winning a Canadian Film Award for her performance in the latter film.

In 1978, Kidder landed the biggest role of her career, playing Lois Lane opposite Christopher Reeve’s Clark Kent in Superman: The Movie. She would reprise the character in three sequels, and go on to star in the original Amityville Horror film.

Whether she was working on Canadian films and series, or gracing marquees across the globe, Margot was an undeniably charismatic creator and performer. She will truly be missed.