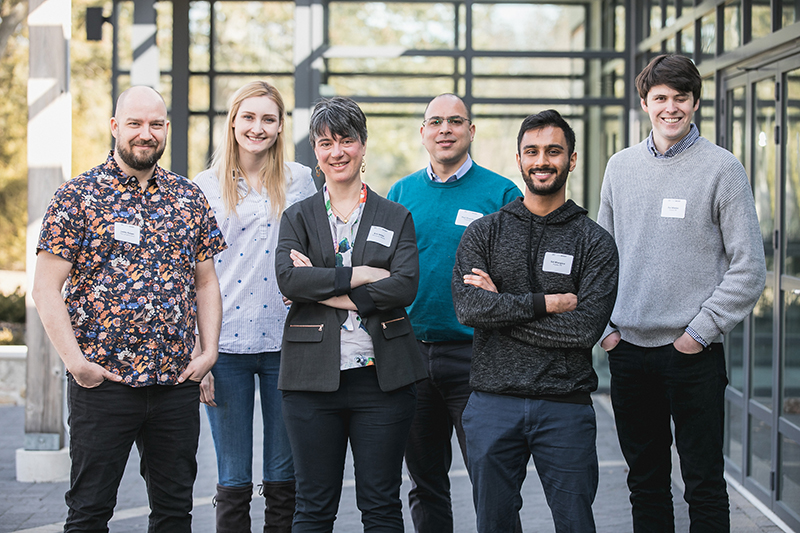 Five stellar startups – The Campfire Union, Creatubbles, Discourse Media, Paddle HR and Penta Medical – arrived at the Canadian Film Centre (CFC) on March 23, as CFC Media Lab’s IDEABOOST Accelerator got underway. These five companies are “Cohort 7” because 2018 marks the seventh time the Accelerator bootcamp has run since launching in 2012.

Based in Toronto and tailored to select digital media-focused startups, the four-month Accelerator offers a bespoke curriculum powered by a team of experienced staff, mentors, executives and investors. After 10 finalists pitched to a jury of IDEABOOST faculty and mentors, these five were selected and invited to join.

The Accelerator operates as one part of CFC Media Lab’s wider IDEABOOST program, designed for companies building the next generation of technology-based media, sports, leisure and entertainment products and brands. Since 2012, 33 media and entertainment technology startups have been accelerated, raising more than $800K in investment on average per company. The full program has supported 84 startups through a variety of programs and services, including the community affiliates program, Network Connect; the Accelerator; and a post-Accelerator alumni program for companies entering the marketplace.

The Campfire Union develops virtual reality media platforms for immersive video and user-generated VR content. People gather around the campfire to share stories, make music and embrace life. The campfire is a platform of expression they represent in their products.

Their product Flipside offers the fastest way to create animated shows. With nothing more than an Oculus Rift or HTC Vive, people can produce their own animated shows in real time, whether recorded or streamed live. As a real-time animation software company, Flipside empowers creators to make animations quickly and with as much agency as possible. It replaces the traditional studio with a virtual one, allowing creators to perform all aspects of production to make compelling content at a fraction of the cost.

Creatubbles believes that global interconnectedness does not necessarily mean gravitating to the lowest common denominator. Instead, they leverage technology to create a kinder, more humane and more aesthetic world, one in which a plurality of possibilities can be understood and explored, and where nuance is valued.

These core ingredients create a safe global community of creators of all ages. With users in more than 50 countries, Creatubbles lets people share their experiences and creations safely, whether at home, school, events or other activities. They seek to connect the dots between natural human creativity, technology and business to inspire and bring out the best in us, including our youngest and most vulnerable. The company’s API allows any third-party app, platform, site or solution to save creative output directly to Creatubbles, positioning it as the logical aggregation point for children's authoring tools.

Their primary product consists of journalism packages based on in-depth original research, data journalism, and deep engagement with impacted communities. In a radical departure from traditional media, they produce journalism with their audience, resulting in relevant, nuanced content that responds to specific needs, and succeeds in engaging segments of the Canadian public that other media outlets have failed to reach or have outright ignored. Here, the story, rather than the production cycle, determines the format. Whether the story is told best with a custom data app, narrative podcast, long-form multimedia article or live event, that’s what they produce.

People voluntarily leave their jobs most often because of a perceived lack of opportunities, especially when many organizations are so complex that their employees cannot see the next viable job. By recommending great career options, Paddle HR helps organizations keep top talent and employees build rewarding, diverse careers. Its matching algorithm, powered by 330 million peoples’ career histories, trains its machine-learning models to predict subsequent career moves. The product leverages this intelligence, not only to offer high-level analytics to human resources leaders about internal mobility, but also to provide employees exciting internal career choices.

Penta Medical offers a modern approach to physical rehabilitation. They develop precision tools for the treatment of chronic musculoskeletal conditions.

Their first product, Helios, allows patients to use a clinically proven treatment at home, every day. The software control system gives patients the same level of oversight as a physiotherapist, and intelligently selects the ideal treatment plan for their injuries. It's intended to be simple and easy to use — the opposite of traditional treatment tools.