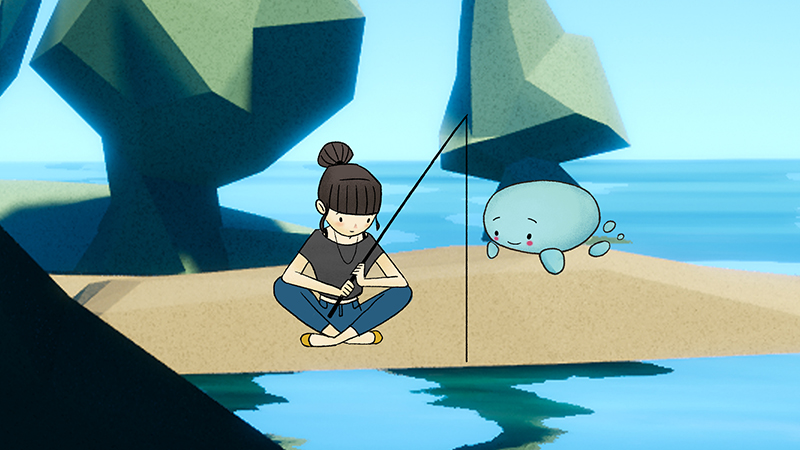 What happens when an animator-artist-filmmaker sets out to make a virtual reality (VR) experience for the first time? You might be surprised at how much it’s like other film production – delays one minute, then full steam ahead the next, and ever-evolving.

CFC alumna and Toronto-based animator Lillian Chan recently made a VR experience for tweens, Yumi and Boom. It screened at the Reel Asian Film Festival this month, where Chan was this year’s Canadian Spotlight Artist.

Produced by the Canadian Film Centre’s Media Lab (CFC Media Lab) and Seneca College School of Creative Art & Animation, Yumi and Boom is the first episode of an interactive, virtual reality series that brings mindfulness and short-form, character-driven stories into immersive media. Young girl Yumi befriends a capricious creature, Boom, in a story that guides viewers through mindfulness techniques like body scans. Its key goals? For tweens to become more adept at emotional regulation, and to make mindfulness a credible experience. 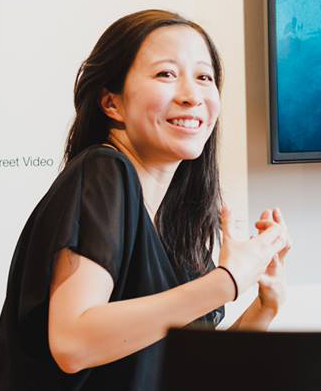 "Yumi and Boom, my latest project, is inspired by the hope that empathy, self-regulation and mindfulness can be taught to youth in a light-hearted and easy way."

On November 13 at the Reel Asian Film Festival, fellow animator Howie Shia interviewed Chan. He described her work animating and designing children’s content and programming for clients that include Disney, Kid Koala, and Nelvana. Chan’s earlier cross-media entertainment property, Ramen Party, was developed in the CFC Media Lab’s IDEABOOST Accelerator with John Poon. It introduces preschool children and their trend-savvy parents to culture, music and food through quirky characters based on Japanese food ingredients.


Yumi and Boom took in four stages, shifting gears right up to when it because headset-ready.

Stage One: VR for Tweens 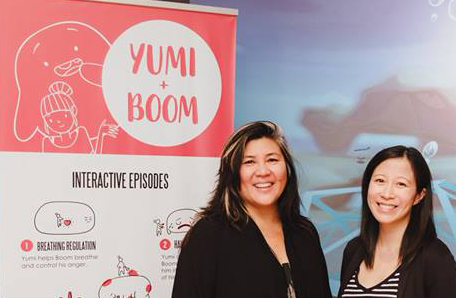 Intrigued, Chan and Serrano envisioned 2D, non-interactive animation with two characters who would undergo one narrative event in a character-driven story for younger audiences. Beyond these limits, Chan had ample freedom to explore story possibilities. She drew inspiration from Calvin and Hobbes’ short but sweet comic strips. Chan was also learning more about mindfulness meditation for children, and wondered whether VR could be a useful tool. She began integrating the concept into her sketches.

Stage Two: A New Drawing Board

Chan was initially skeptical of VR’s capacity to provoke emotional experiences – until she played the game Light Spirit. Its simple aim: tickle a ghost to make it laugh.

Haptic feedback made Chan feel as if she was being tickled, too. VR wasn’t gloomy, violent or dystopic. It made her laugh. It got Chan thinking about Yumi and Boom inducing similar states, which met one of Chan’s goals as an animator: to make social justice-focused animation.

Chan next met with Serrano and Mark Jones of Seneca College’s School of Creative Art and Animation. They brought in the student lab at Seneca to model some of Chan’s preliminary underwater scenes in Maya, and experimented with “gaze-based VR,” a non-interactive mode in which the viewer’s gaze selects content.

As summer closed, however, people working on the production needed to finish their coursework and move on. Chan had to pull back. The production went on hold. 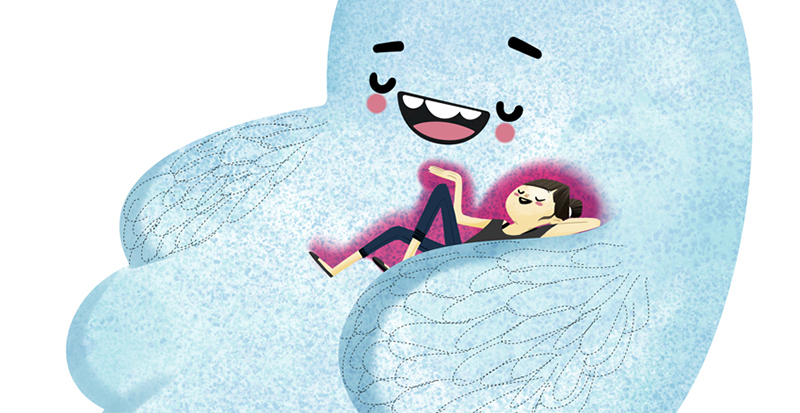 Without Seneca’s student modelers, a developer, or other resources, Chan started researching her concept with M. Lee Friedman, a child psychiatrist in Toronto who works with children on mindfulness meditation practices, referred to Chan by the Centre for Mindfulness Studies. Friedman discussed techniques that VR might facilitate:

Serrano and Jones approached The Working Group (TWG), who were interested in supporting preliminary stages of a VR project – and had a unity coder to loan.

The unity coder enabled Chan’s 2D creations to come to life. Yet the time spent revealed that continuing on this path wasn’t feasible. It would get too expensive.

So it was back to the drawing board, literally, while the search continued for a developer. Chan reflected on making the character Boom as simple and expressive as possible, and turned to a technique she knew well from non-VR projects – storyboarding. That led her to early ideas about the narrative, featuring Friedman’s suggested techniques.

The production’s final stage had a Hollywood ending when Matthew Whelen of GoodTH.Inc came on board. He had a method of building an animatic of traditional storyboards in Final Cut and then pushing it into 3D. He needed a project to test; Yumi and Boom needed animation. A match.

For Chan, this was a gamechanger. She could draw in 2D and Whelen translated her work in a day. Other members of the creative team came on board: StoryBoard artist Samantha Tran; Lead Level Designer and Artist Sarah St. Laurent; Composer John Poon; and 2D Location Designer Cornelia Li; and at last, a developer – Chan’s friend Nick Fox-Gieg had met developer Gabriela Kim Passos at a Dames Making Games conference, and after introducing her to Chan, Passos signed on. The Reel Asian Film Festival provided the ultimate motivator – a deadline! The team mobilized in weeks, with unreal speed (and little sleep!) to create a working prototype. 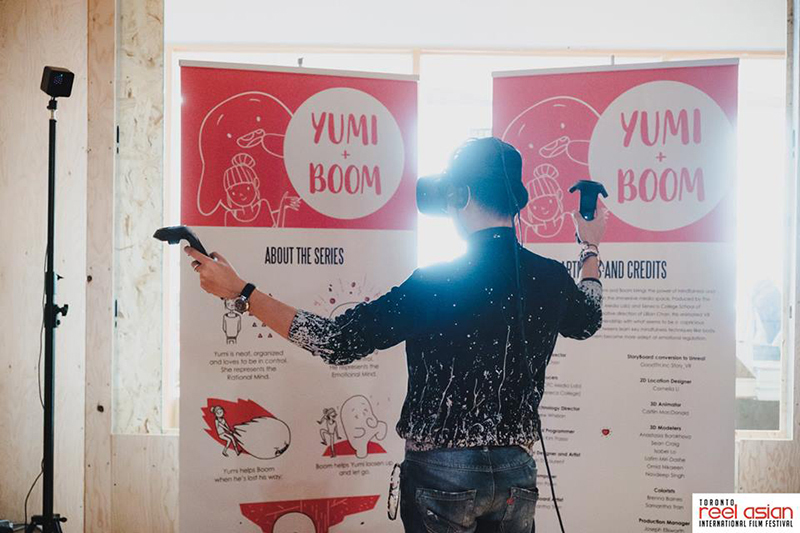 A participant tries out 'Yumi and Boom' as a demo at the Reel Asian Film Festival.

Yumi and Boom premiered as a prototype on Thursday, November 9 in Toronto at 401 Richmond. The festival provided key user testing, which will be valuable for new iterations and episodes. People reported an immersive, emotional experience of learning mindfulness through this sweet story of friendship.

Producers are now moving toward building a more finished product – and looking for partners to help them reach that next stage. Like many non-VR film productions, the people making it along the way often worried it may never materialize, but we’re glad it did – and we can’t wait to see what comes next!