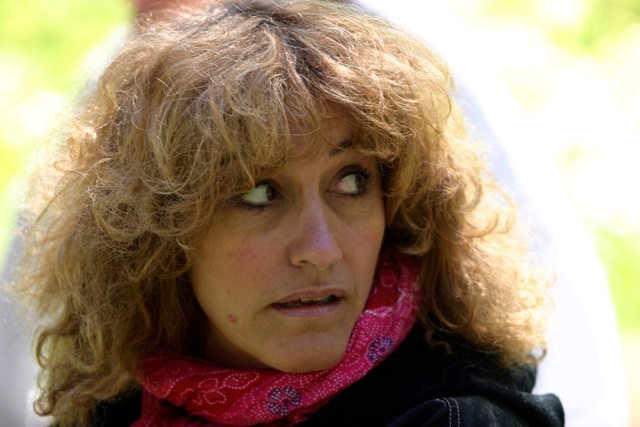 Alumna Michka Saäl passed away suddenly in Montreal on July 9, 2017 after a brief illness. She had recently returned from Paris following a two-week run of her latest film, A Great Day in Paris. A crowdfunding campaign will be launched soon to help defray the costs of completing her final film, New Memories, which is in post-production.

Born in Tunisia in 1951, Michka immigrated to Quebec in the 1980s, completing two film degrees at the Université de Montréal in 1988-90. By the time she arrived at the Canadian Film Centre in 1993, she had already made a short- and medium- length fiction and her first documentary, The Sleeping Tree Dreams of its Roots. She went on to write, direct and later self-produce seven more films. Her film Prisoners of Beckett was nominated for two Gemini Awards in 2007, including Best Writing in a Documentary.

Her early films revisit the journey between “here” and “there”, breaking down notions of time and distance to reflect on the lingering effect of memory on the present. Drawing on dance, poetry, theatre and music, her later films explore the no man’s land between documentary and fiction. In one of several tributes held by the film community in Quebec this fall, the Montreal International Documentary Festival described her films as “a coherent body of work grounded in openness to the world, discovery of the other and a love of the arts.”