Delving into Immersive Media at Elevate TO: Market Insights 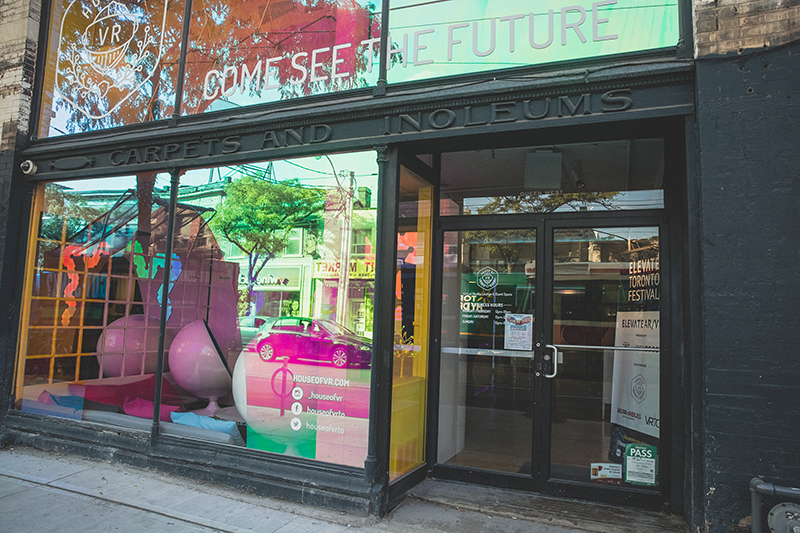 The House of VR in downtown Toronto, ready for Elevate AR/VR guests. 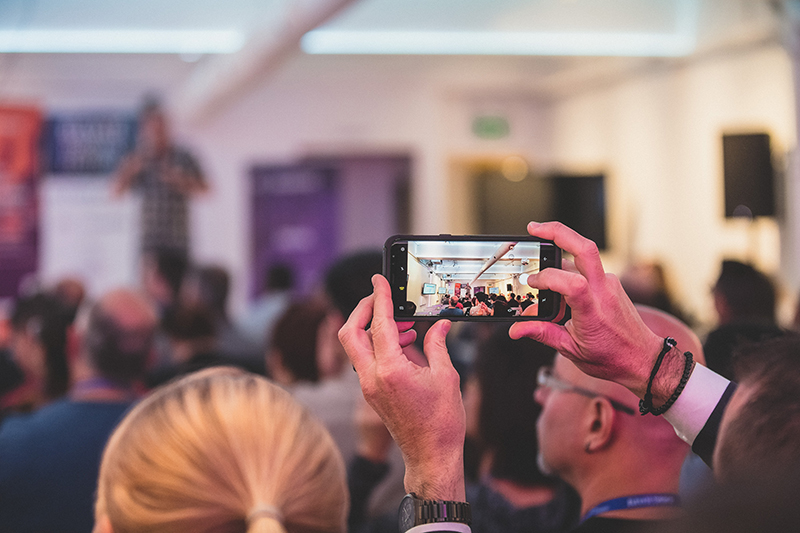 A full house for Kristian Roberts, presenting the latest data on Canadian VR from 'Pulse on VR'.

Speakers and participants took on these topics with enthusiasm and expertise. The day offered plenty of high-value networking and play in VR/MR green-screen games. The House of VR was the ideal spot to draw audiences, new technologies and experiences into one zone where VR currently is flourishing. 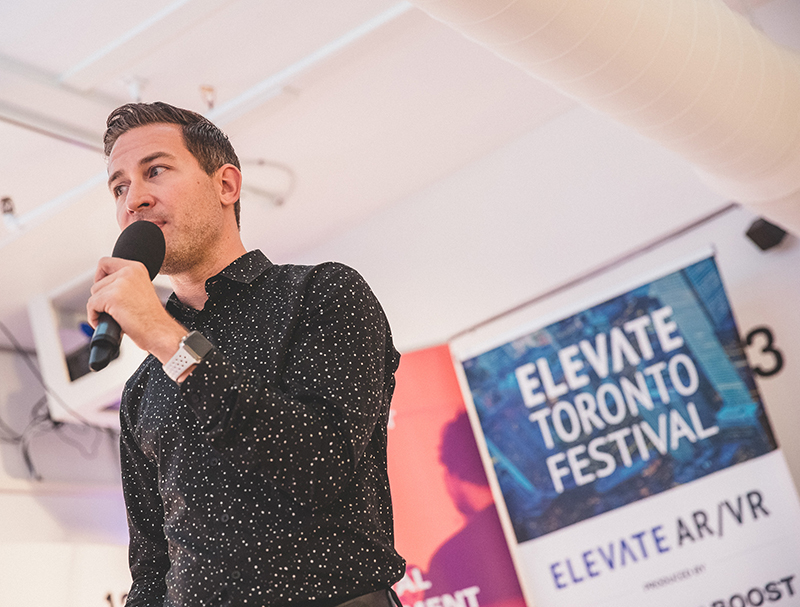 Elevate AR/VR’s morning lineup started with the ethical implications of immersive media technologies, and then led into the latest market insights and predictions. Ana Serrano, CDO, CFC, and Managing Director, IDEABOOST introduced our first speaker, Tom Emrich, Partner, Super Ventures. He spoke on AR/VR's impact on diversity and the ethical implications of wearables.

Wearables, Emrich said, were like other nascent technologies: they have no intrinsic capacity for good or ill at first; only uses and users determine that over time. On the “good” side, he gave examples of VR as an “empathy tool” in human resources training. In one program, an employee selects an identity position unlike his or her own (e.g., a different race, gender or sexuality), and then experiences scenarios in VR as that person. After, the employee identifies instances of unconscious bias, which are then cross-referenced against those that were missed. As a result, the employee better sees and feels from other perspectives.

For Emrich, avatars are central to wearables’ capacity to advance empathy and render identity as more fluid. Yet these tools, through a facile change in settings, can do the opposite: strengthen prejudice. People might select seeing only one race or gender with wearables – the ultimate silo. Or as privileged groups gain access to wearables, others will get left behind – an updated digital divide. Emrich speculated whether headsets would one day be as required a component of classrooms as computers. What kind of adults will these future uses of VR shape children with or without access into? Emrich’s talk raised both hopes and alarm bells, parallel tracks with no easy answers as to which road wearables may take . 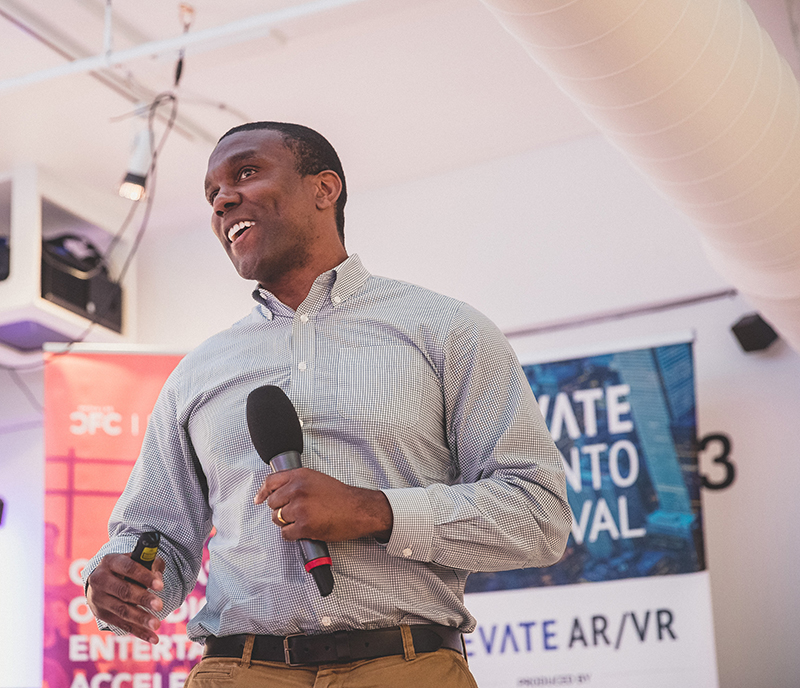 Clifton Dawson, Principal Analyst, Greenlight Insights, followed Emrich’s ethical speculations with a detailed breakdown of market intelligence. He focused on the contemporary state of AR and VR, offering predictions for their development and expansion in the next five years. He joked that his company actually likes all the “mucky research work that drives companies to invest” – work the audience definitely appreciated!

In his presentation, Dawson shared from company reports projecting that VR will become a $15 billion industry next year, and $75 billion in five years. The proliferation of new and affordable headsets would drive this projected growth most directly – an idea supported by the increasing presence and popularity of location-based VR globally. More VR arcades, lounges and entertainment spaces – like House of VR – show public demand is already intense, and with this growth, especially in the Asia-Pacific region, Dawson added there already is a corresponding demand for more unique content – good news for creatives!

AR development, as Greenlight Insights predicted, would be bigger in North America initially, but get outpaced in Asia-Pacific. AR customers surveyed are already extremely tech-savvy and informed users with smartphones. They take AR up primarily for interactive gaming. Dawson projected AR growth would reach $15 billion by 2023, adding that for both AR and VR, growth is being largely driven by users, who often innovate the technologies they use to better meet their needs. 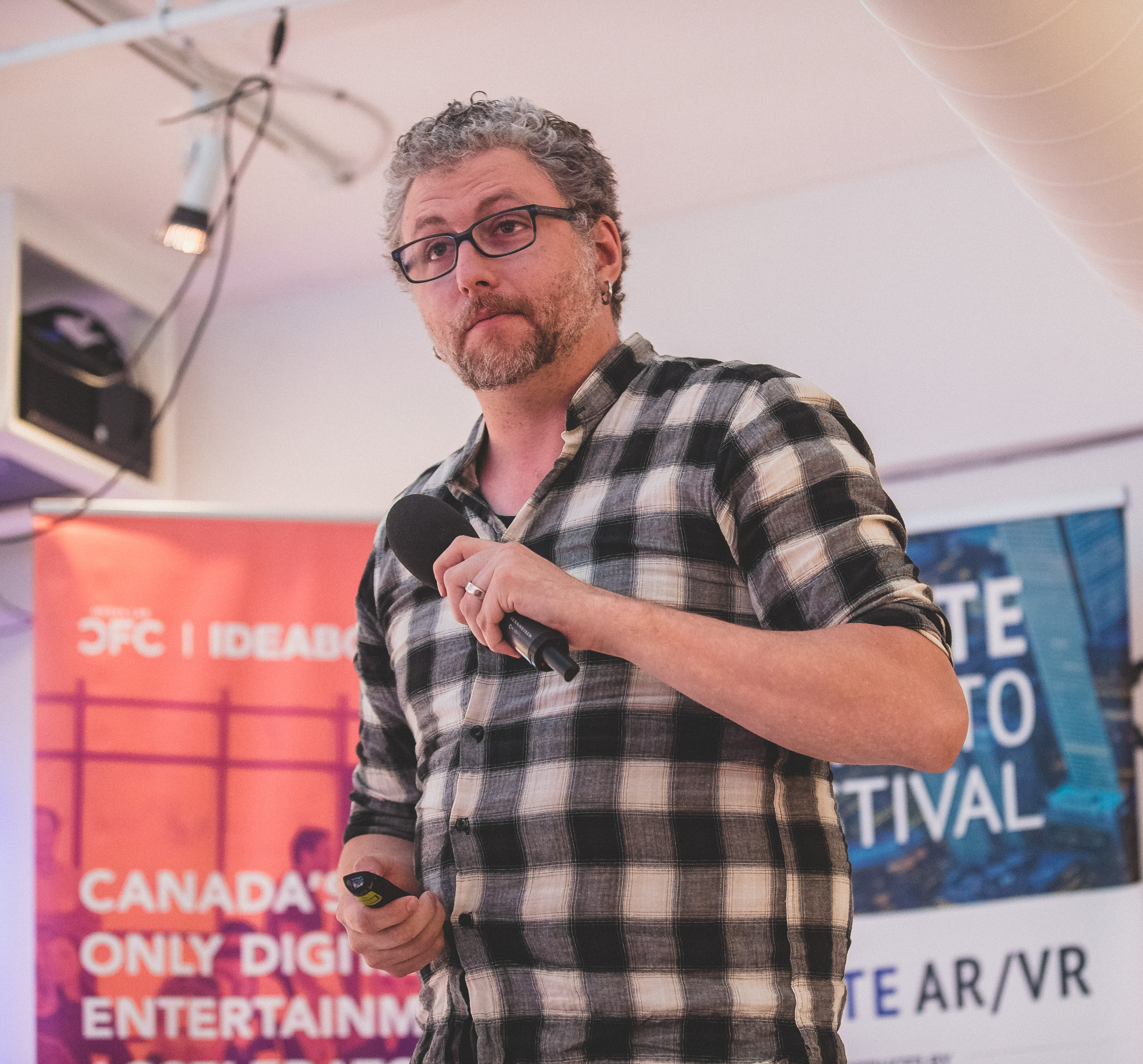 Kristian Roberts, Partner, Nordicity took the stage next. He shared highlights from the new Pulse of VR: A Living Ecosystem Study, launched in June 2017 by CFC Media Lab and OMERS Ventures in collaboration with Nordicity. This study currently tracks 200 Canadian companies, based in Ontario, Québec, Manitoba, Alberta and British Columbia, with additional insights gathered from California. As Roberts said, it focuses on who is making what for whom, specifically in Canadian VR today.

Some of the key data Roberts shared was that, of the companies who participated, 75% are also making content-creation tools, with VR projected to go mainstream in 2019 to 2022 – in other words, just around the corner.

Overwhelmingly, Roberts noted, VR currently is being produced for entertainment purposes the most, such as film and gaming, along with other sectors like education, tourism and hospitality and live events, among others. Roberts also highlighted three key obstacles slowing down the expansion of VR as mainstream:

All three obstacles were ones the afternoon panelists returned to, so stay tuned for more next week. In the meantime, we invite everyone to take a closer look at the data Roberts drew from. For Canadian VR content creators and companies, Pulse on VR also represents an opportunity to “get listed” – to be seen as central to this ecosystem as it evolves and, ideally, goes mainstream.

Head to pulseonvr.ca today to get listed, update your data, or check out what we know so far. 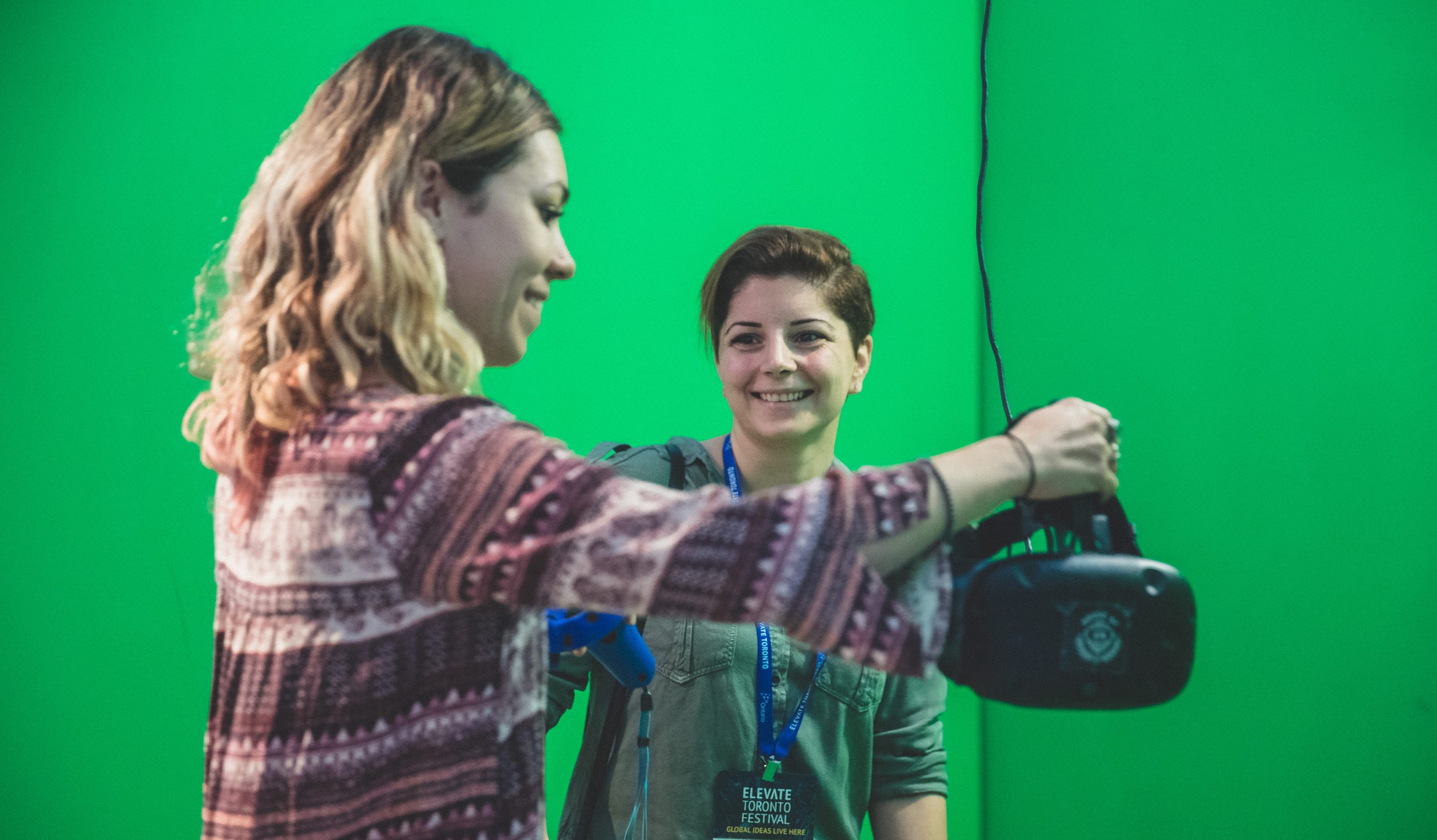 Celebrating the Launch of 'Pulse on VR'