Imagine that an artist in Vancouver wants to collaborate with an artist in Paris on a 3D model for a design project, and they want to do it in real time. Sounds like a potential logistical nightmare, but thanks to MasterpieceVR, a new virtual reality application developed by Ottawa’s Brinx Software, it’s as easy as sitting in the same room together - if not easier.

While a beta version of MasterpieceVR was launched on Steam in January as a tool for collaborative sculpting, painting and modelling in virtual reality, the last several months have seen the team at Brinx working hard to develop the infinitely more feature-filled premium version of MasterpieceVR, set to launch at the end of July. The technology of MasterpieceVR is simple (and fun!) enough for anyone to use, regardless of technical skills, but the premium version will also have an abundance of new features that makes it suitable for professional artists and designers to use on even the most complex projects. And, it allows them to learn and work on these projects at previously unheard-of speeds. 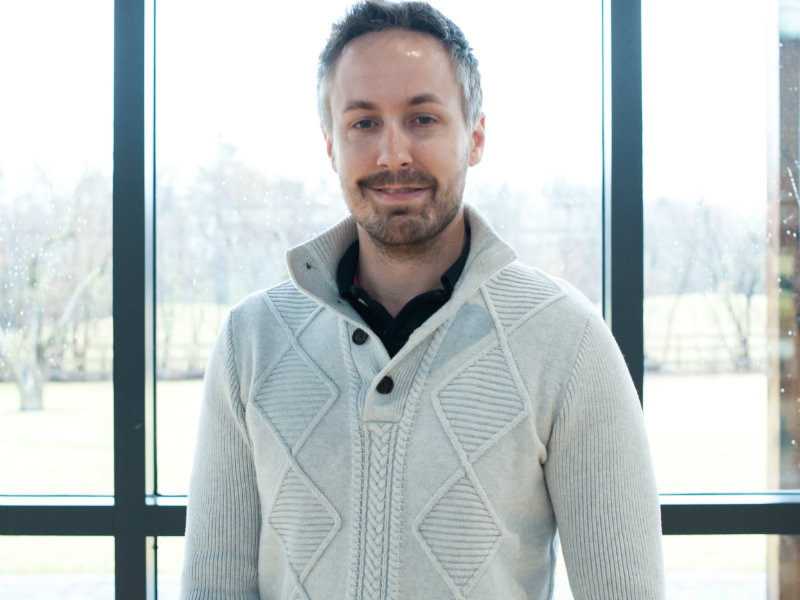 Here, Brinx CEO Jonathan Gagne chats with us about his company, its upcoming launch and the unique challenges that come from working in the VR space.

What inspired you to develop MasterpieceVR?

Jonathan Gagne: About two and a half years ago, I decided I wanted to start a company, and then right about the same time, I had tried the developer kit for Oculus Rift (virtual reality headset). I was blown away. It was instantly clear that I was looking at something from the future, and that I had to get into that early. This was early 2015. Then we spent some time exploring the VR space. We tested out a few different ideas, but each time it became clear that content creation was the big problem that needed to be solved, and that this platform (VR) was something that could do it better than any other platform that existed. After trying out a few things, it became clear that virtual content is a big problem, it’s a big industry and there’s a lot of potential for it to be disrupted. So this is what we eventually settled on and we never looked back.

How does MasterpieceVR differ from anything else on the market?

Gagne: MasterpieceVR is the only collaborative 3D sculpting app in the world that lets any users from around the world come together to create 3D models for games, movies and 3D printing. In particular, it’s very good at creating in the ideation phase and for rapid prototyping, and also for 3D concept art.

Who is the ideal user of MasterpieceVR?

Gagne: The ideal user is an artist who needs to make 3D content. There’s the 3D digital artist, and they would like our software because we are seven times faster than traditional software that the artists are using right now. There’s also the 2D digital artist, and they love it because for the first time in their lives, they can now use their 2D digital knowledge to create 3D. Instead of spending hundreds of hours to learn how to sculpt, they can now do it in under a minute. 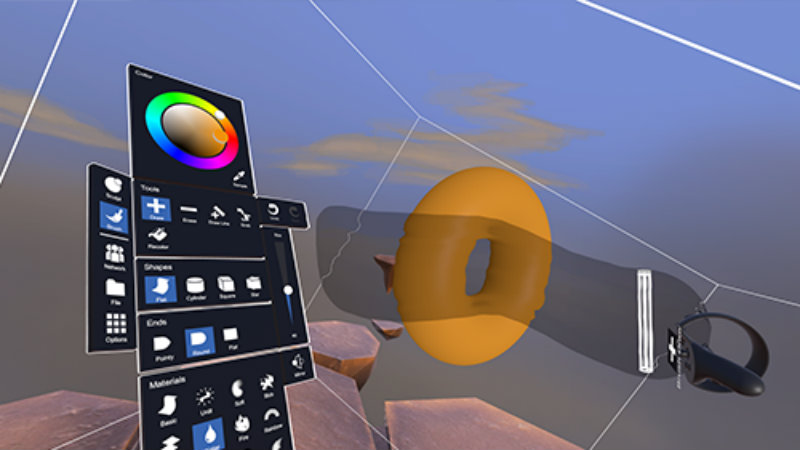 What are some of the greatest challenges faced by entrepreneurs in the VR space?

Gagne: It's very challenging building a product for a market that will be massive, but doesn't yet exist. No one has large revenues in the market yet, and that makes it also harder to get funded because of the extra risk. On the bright side, this sharpens our game, since we have to learn to be lean and fight to stay alive.

Nobody who really understands the VR space -- not a single one -- is saying that it’s not going to happen. It’s all about when. So it’s really just figuring out when to jump on the train. And if you want to compete against billion-dollar companies, then you have to start early. Because with a new technology, everybody starts on the same playing ground. If you’re in an existing market and you’re up against a giant, you’ve got no chance. But in this market, you do, because you can’t just throw an infinite amount of resources to something that’s not well understood. It just doesn’t scale as well. So this essentially puts us all on a similar playing ground.

What have been some of the greatest rewards in your work so far?

Gagne: Building MasterpieceVR has been tremendously rewarding. The entire team and I are passionate about it because we know we are building the future. It's also reassuring when every day someone comes up to you and says something like, “Wow, this is incredible,” or when an artist tries it with a big smile and says, “I've been waiting for this my whole life.” 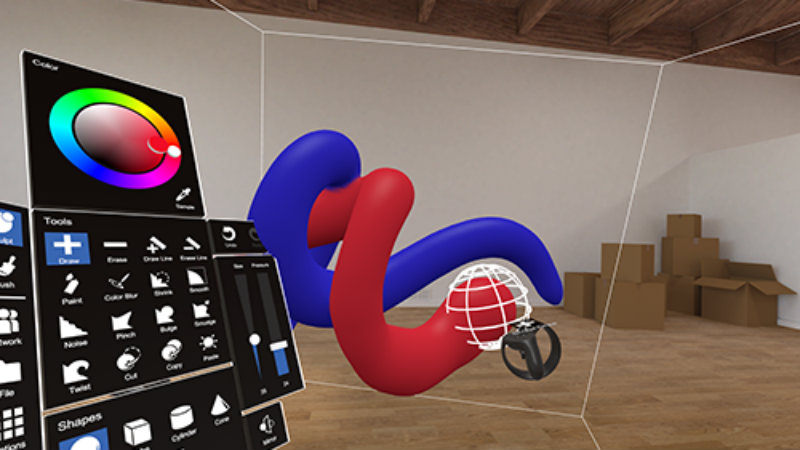 What prompted you to join CFC Media Lab's IDEABOOST accelerator?

Gagne: We joined IDEABOOST because we were consistently referred to it by several people who we strongly trust. Having gone through the program, I can honestly say that I am extremely impressed and there is no doubt in my mind that this is a world-class accelerator.

The free version was a product that was fun to use. The premium version locked down all the kinds of features that a professional would need. It has the features that you could actually use as part of your workflow. There’s been more work put into this version that we’re launching than the entire previous free version. It’s really a major upgrade.

What's up next for MasterpieceVR?

Gagne: We have our major launch coming at the end of July, backed by one of the biggest computer graphics card companies, AMD. They’re helping us launch. On top of that we’re raising money right now for a financing round -- $1.5 million US, which is about $2 million Canadian, and then we’ll use that to grow the business, to hire world-class employees, and basically to scale the company. For the first part, it’s really about scaling the company up. We have 14 people at the moment, so we’ve got a good number of people now, but we’re definitely looking to grow. We’re excited about the future. It’s been a tough battle, but over the past few months we’ve finally gotten over some of the hardest parts, and the future’s looking very optimistic.

IDEABOOST Accelerator is a four-month boot camp for tech companies that want to achieve success and scale in the media and entertainment ecosystem. An initiative of the Canadian Film Centre’s Media Lab, in partnership with Corus Entertainment, IDEABOOST provides high–potential Canadian startups with seed investment, mentorship and access to its network. Join Network Connect to find out more.

Celebrating the Launch of 'Pulse on VR'