I like to see how a specifically deliberate, designed score, especially one that comes from a fresh, outside kind of approach, can unconventionally impact storytelling. That’s something I look for when I’m watching films.
Lesley Barber

Shaping songs and scores for screen-based stories requires more than talent. It demands collaboration, versatility and a keen sensitivity to subtle shifts in tone – in other words, a “fresh” vision that generates an “unconventional impact” on storytelling onscreen.

We are excited to announce this year’s talented music creators in the Slaight Music Residency, who possess these skills in spades. On Monday, July 17, they will join residents in both the Cineplex Entertainment Film Program and the CBC Actors Conservatory. For the first time all of these three programs’ start dates align, which will enhance collaboration and further build our creative community. 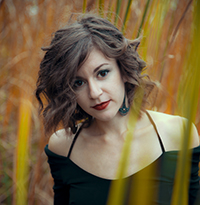 Lora Bidner is a Toronto-based singer-songwriter and film composer. She won 1st Prize, Best Original Score in the 2016 SOCAN Foundation Awards for Young Composers and Young Audio Visual Composers, for her original score written for the animated short, Missing. Bidner’s original song, "3,000 Volts," was also nominated for Best Story Song in the 15th Annual Independent Music Awards, held in November 2016. Bidner is signed to New York-based publisher, Memory Lane Music Group. Her critically acclaimed nine-track 2015 album, To The North, touches on themes of human pathos, self-discovery and folklore. Hosting two sold-out album release parties in Ottawa and Toronto, To the North received radio play on CBC Radio One and attention from media outlets such as Exclaim!, Huffington Post, Ottawa Showbox and Apt 613. As a performing artist, Bidner has shared the stage with Juno-awarded/nominated artists, including SoCalled, Craig Cardiff, Justin Nozuka, Lynn Miles, Jim Bryson, Jill Barber, Danny Michel, Hannah Georgas and Dar Williams. Bidner completed her Bachelor of Music at Carleton University and a Masters in Music Technology and Digital Media at the University of Toronto. 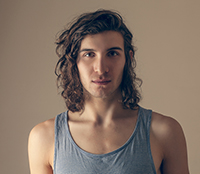 Jonathan Kawchuk is an award-winning composer from Alberta. He has scored the feature films, Memento Mori (National Film Board of Canada), for which he was nominated for a 2017 Alberta Film and Television Award in the category of Best Original Musical Score (Non-fiction Over 30 Minutes), and Clara (Serendipity Point Films), as well as the Norwegian documentary web series, Fra Ungdommen, and a video feature for Vogue Italia. Kawchuk has experience writing internationally for multiple short films, theatre projects and sound installations. As a technician, he worked on albums for Nico Muhly and Ben Frost, and as an assistant sound tech for the Philip Glass Ensemble on Music in 12 Parts, in London. Kawchuk also is signed to Paper Bag Records as a recording artist. For his debut album, he lived and recorded in natural environments across Europe, North America and Asia. Kawchuk studied at multiple institutions and completed his Bachelor of Music, Honours, First Class, at the Liverpool Institute of Performing Arts. In addition to his formal education, he has held a recording internship in Iceland, learned gamelan in Indonesia, and studied wildlife field recording in England under Chris Watson (Frozen Planet, Nova).

Virginia Kilbertus is a composer for film, television and video games. She has worked with numerous prominent orchestras and ensembles in North America and Europe, including the Budapest Art Orchestra and Hilary Skewes studio orchestra at the renowned Air Studios in London, England. Kilbertus has scored multiple short films and video games by emerging filmmakers and game designers, and mentored with Canadian screen composer Rob Carli. Kilbertus has continued to work with Carli and Jim McGrath. Her credits include work on Darken, directed by Audrey Cummings, and Tulips, Love, Honour and a Bike, by Mike van Diem, as well as original scores for the shorts, Without Arms, Irse, Una Ultima Noche, and the Easy Trigger indie video game, Westernland: Dust to Dust. Kilbertus holds a Bachelor of Music in Composition from McGill University, where she graduated with a citation for Outstanding Achievement in Composition and was awarded the prestigious Helmut Blume Memorial Scholarship. She also holds a Master of Scoring for Film, Television, and Video Games from Berklee College of Music.

Sarah Slean is a Juno- and Gemini-nominated songwriter and recording artist with a multifaceted career spanning more than two decades. Signed to Atlantic Records at 19 years old, she has since released 11 albums in more than 10 countries worldwide, toured North America, Europe and Scandinavia, and shared the stage with artists such as Rufus Wainwright, Bryan Ferry, Alanis Morrissette, Feist, Daniel Lanois and Andrew Bird. Slean is an accomplished composer, penning scores for all of her own albums, as well as other pop artists (e.g., Hayden, Trent Severn, Song for Africa), classical ensembles and dance companies. She has performed her songs and scores with renowned string quartets with orchestras in Canada and internationally (including on the TEDGlobal stage in Edinburgh). Her 2011 album, Land & Sea, featuring her scores for a 21-piece orchestra, was dubbed “a masterpiece” by The Montreal Gazette and an “awe-inspiring panorama of the mature poet and musician” by The Toronto Star. Classically trained since she was five years old, Slean routinely collaborates with cutting-edge contemporary classical ensembles like The Art of Time, and has been invited to sing world premieres by Canada's award-winning composers, Christos Hatzis and Glenn Buhr. A voracious reader and lover of the arts, she has published two volumes of poetry, starred in short films and a Gemini Award-nominated movie musical, and held numerous exhibitions of her paintings. Her latest album, Metaphysics, was released in 2017.