The CBC Actors Conservatory Sets the Stage for Onscreen Success


From the moment you say 'action,' this is the fun part - things should happen that surprise you, excite you, scare you, turn you on, make you laugh. If things aren't surprising you, when you say 'cut,' whisper things to the actors that will make them do things that do surprise you.
Jill Soloway

As Canada celebrates 150 years, CBC and CFC celebrate talent that reflects our country’s values and opportunities. CFC is proud to announce that the CBC Actors Conservatory will begin on Monday, July 17 alongside our Cineplex Entertainment Film Program and Slaight Music Residents. For the first time all of these three programs’ start dates align, which will enhance collaboration and further build our creative community.

“CFC is thrilled to be welcoming eight talented performers/actors from across the country to the CBC Actors Conservatory,” said Larissa Giroux, CFC’s Executive in Charge of Music & Acting Programs. “Their diverse backgrounds represent the best that Canada has to offer and their commitment to the craft of acting and storytelling is unmatched."

The CBC Actors Conservatory offers actors a transformative artistic experience that strengthens their instrument for the screen and expands their onscreen portfolio. This full-time, six-month program balances artistic expression and creative collaboration with the demands of the international screen entertainment industry. 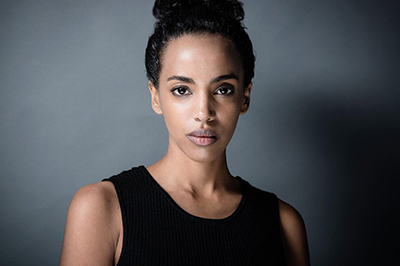 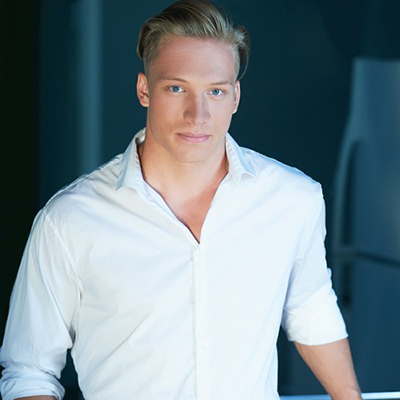 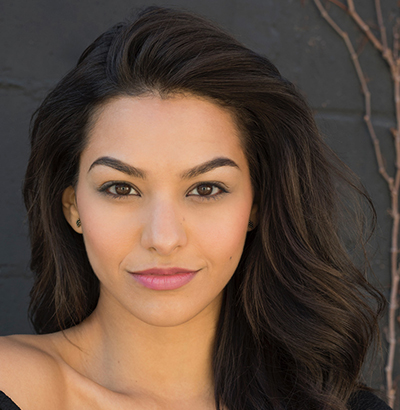 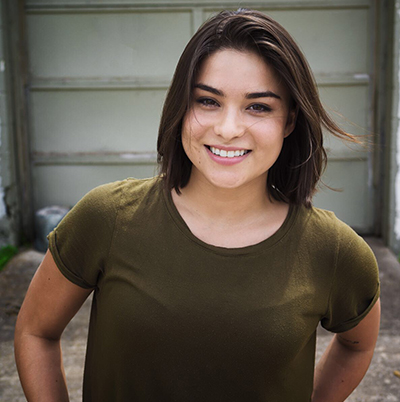 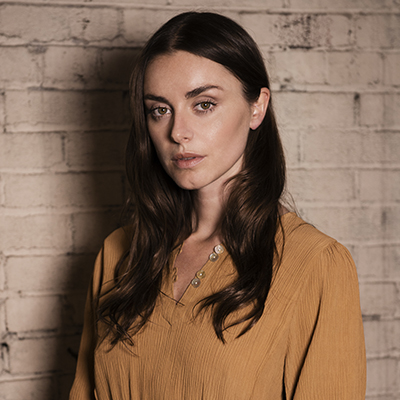 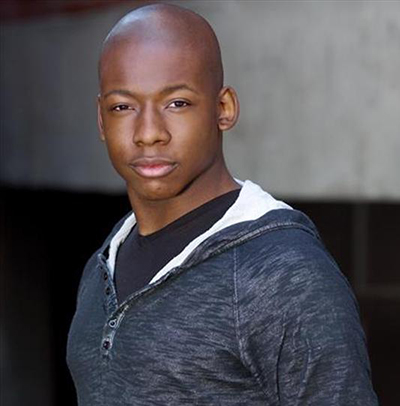 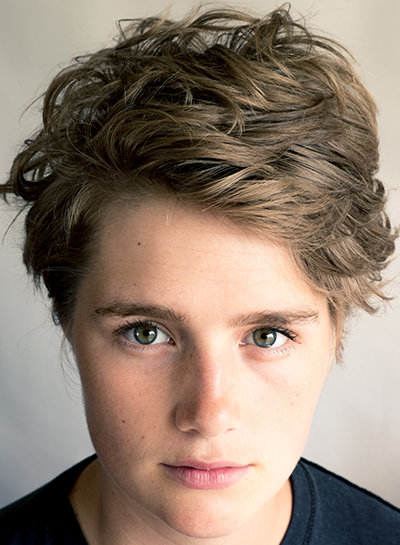 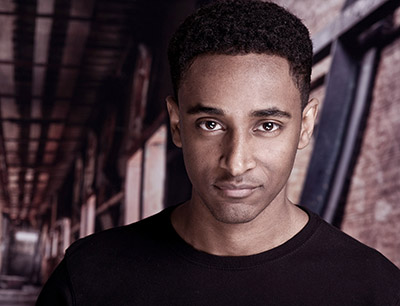 Getenesh Berhe is a Canadian actress and performance artist of Eritrean and Ethiopian descent. Her recent television credits include Kim’s Convenience, Private Eyes and Man Seeking Woman. Upon completion of her training at the Stella Adler Studio of Acting and Hemispheric Institute at New York University, Berhe began working as a theatre artist in various new works and off-off Broadway productions. As a solo performer, her original piece, Cookies and Cream, was included in La MaMa ETC's 2013 "A Series of One – Solo Festival." As a volunteer in Brooklyn and the Bronx, she has helped introduce classical text to youth in underserved communities.


Tim Dowler-Coltman graduated from The National Theatre School of Canada in 2016. Here, he took part in productions with directors such as Total Liquidation (Jordan Tannahill), The Listening Room (Tanya Rintol), Orlando (Eda Holmes), Richard III (David Latham), and as the eponymous lead in Hamlet (Alisa Palmer). Since graduating, he has performed in Orphans (Coal Mine Theatre) and Skylight (Berkeley Street Theatre/Larry Moss). Currently, Dowler-Coltman is in SoulPepper Theatre’s production of Vimy. Prior to his move to Toronto, Dowler-Coltman performed at The Citadel Theatre in Edmonton in productions as varied as Macbeth (Peter Hinton), Sister Marry Ignatius, The Pillowman, A Christmas Carol and Oliver! (Bob Baker). Dowler-Coltman has numerous short film acting credits as well, with films such as The Depths 3D (Skyward Motion Pictures), Ashram 69 (Triple 7 Films), Dead End Drive (Loose Change Films/AMA) and Stitches (Joe Media Group). Most recently, Dowler-Coltman received a Dora nomination for outstanding performance at the 2017 Annual Dora Mavor Moore Awards.


Humberly Gonzalez was born and raised in the city of Punto Fijo, Venezuela. Her film and television credits include Saving Hope, Shadowhunters, Orphan Black and Kodachrome. Gonzalez also collaborated with Ubisoft as a motion capture performer in an upcoming video game directed by Zeke Norton. She recently played the lead in the CFC production, STARFIGHTERS, Laura Good’s Bell Media Prime Time TV Showcase piece. Gonzalez’s passion for television and film started when she took part in Don McKellar’s short film, It’s Not You, which premiered at the Toronto International Film Festival Shorts Program in 2015 and then went to the Sundance Film Festival. She holds a Visual and Performing Arts Diploma from Keyano College, and is a 2015 graduate of The National Theatre School of Canada.


Kawennáhere Devery Jacobs is a film and television actress, born and raised on the Mohawk reservation of Kahnawake, QC. Her leading role as Aila in the award-winning feature film, Rhymes for Young Ghouls (2013), resulted in Jacobs being nominated for Best Performance By An Actress In A Leading Role at the 2014 Canadian Screen Awards. Since then, she has also been featured as the voice of Sam in Telltale Games' The Walking Dead: Michonne (2016), as well as the television series, Mohawk Girls (2013-2015).Jacobs recently portrayed the supporting role of Andrea in The Land of Rock and Gold (2016), as well as series regular Tina in the go90 web series, Cold. She also won Best Performance in a Canadian Film at the 2016 Whistler Film Festival for her work in the feature film, The Sun at Midnight (2016). Recently, Jacobs has explored the other side of the camera, with her directorial debut of the short film, Stolen (2016). The film discusses the national issue of missing and murdered Indigenous women in Canada, and won Best Aboriginal Film at the 2017 Yorkton Film Festival. Jacobs was also awarded the BravoFact grant for her short film script, Rae (2017), which is currently in post-production.


Kaelen Ohm is a Toronto-based actor, filmmaker and musician. Her transition from behind the camera as an award-winning director to actor has led to credits in a variety of independent feature and short films, including the American television productions, Hell on Wheels and Taken. Ohm appeared in Alexander Carson’s debut feature, O’ Brazen Age, which premiered at the Vancouver International Film Festival in 2015 and then made its theatrical release across Canada with Canada Screens. In 2016, she starred in the Alberta based short, Guns of Purgatory, portraying the historical figure, Martha Jane Canary. Her music video, Black Moon, which she starred in and directed for her music project, AMAARA, was nominated for Best Music Video at the 43rd Annual Alberta Film and Television Awards. Ohm will appear in the upcoming Sony Pictures TV movie of the week, Flint, directed by Bruce Beresford, as well as the Toronto-based short film, Viaticum, with Peter Outerbridge and Lara Daans.


Libby Osler grew up on a small island in Howe Sound, British Columbia. She discovered her love of acting at age seven while playing the devil in a dramatized sermon at her local church. Osler’s television credits include Proof, Supernatural, Fairly Legal, When Calls the Heart and Stargate Atlantis. She has appeared in the feature films, Seventh Son, No Men Beyond This Point and The Driftless Area. In 2014 she played the eponymous role in Kailey and Sam Spears’ sold-out production of Hamlet at the Renegade Theatre in Vancouver. One of the founding members of Blood Pact Theatre, Osler starred in their 2016 show, Kill Your Parents In Viking, Alberta, a co-production with Storefront Theatre. Osler is a graduate of the Neighbourhood Playhouse in New York City.

Originally from Asmara, Eritrea, Toronto-based actor Nabil Rajo made his television debut in 2014 in the medical drama, Remedy. His subsequent television credits include roles on the series, Rookie Blue and Man Seeking Woman, as well as one of the most-viewed television movies of 2014, Aaliyah: The Princess of R&B. Rajo also played the lead role of Hakeem Nour in his feature film debut, Boost, directed by Darren Curtis. Most recently, he starred as Franco Wicks in the Canadian premiere of Tracy Letts’ hit play, Superior Donuts, at The Coalmine Theatre in Toronto, for which he received a Dora nomination for outstanding performance.

"Every character starts from you and you have to figure out who that is before you can really be free and without self-awareness."