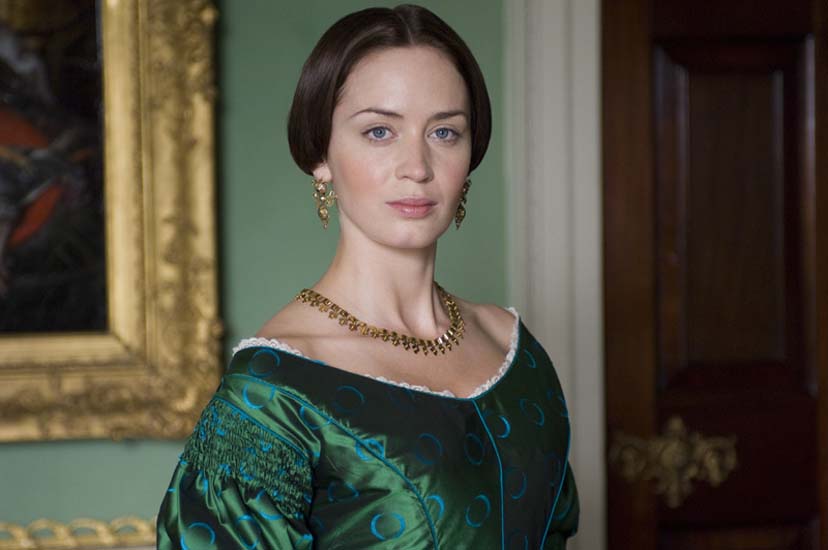 Emily Blunt as Queen Victoria in 'The Young Victoria' (Courtesy of GK Films).

Colloquially known as the “May two-four” weekend, the upcoming Victoria Day long weekend marks the unofficial start of summer here in Canada.

Victoria Day honours Queen Victoria’s birthday, which Canadians have celebrated since Confederation. Queen Victoria was Britain’s longest reigning monarch at the time of her death in 1901 (a duration that only Queen Elizabeth II recently surpassed on September 9, 2015).

However you choose to spend the upcoming long weekend – hanging out at the cottage, watching fireworks or taking it easy – why not spend some time with the Queen herself? Here are some of the best onscreen stories, songs and games that feature this special member of the Royals front and centre.

Also known as Her Majesty Mrs. Brown, this 1997 British drama was directed by John Madden (Shakespeare in Love, The Best Exotic Marigold Hotel). Judi Dench stars as the Queen – a role for which she received an Academy Award nomination for Best Actress. Billy Connolly and Gerard Butler costar, with Butler making his film debut. After the death of her beloved husband, Prince Albert, the Queen withdraws from public life. The court appoints a former servant of the prince, John Brown (Billy Connolly), to help her recover. While Brown's unorthodox approach draws the Queen out of her shell, their growing closeness stirs scandalous rumors.

This 2016 eight-part British drama series was first created by Daisy Goodwin and stars Jenna Coleman of Dr. Who fame in the lead. It depicts the early years of Queen Victoria’s rule, from her accession to the throne to her infatuation with Lord Melbourne, and from her courtship and early marriage to Prince Albert (Tom Hughes) to the birth of their first child. Catch up now, as an upcoming second season of the series is planned; it will follow Victoria's struggles as a mother, wife and Queen navigating new and often conflicting responsibilities.

Queen Victoria was the only British monarch to be honoured by name in the title of the 1969 rock song, “Victoria,” by The Kinks. Since then, the English rock band The Kooks, English post-punk band The Fall, American alternative rock band Cracker, and American rock band Sonic Youth have all covered the song. Have a listen to the Kinks sing her praises.


Closer to home, Canadian singer Leonard Cohen refers to her in his 1972 song, "Queen Victoria," which was based on his 1964 poem.


And then John Cale later covered it.

You might not picture Queen Victoria as an action hero or computer game avatar, but she even shows up here!

Victoria: An Empire Under the Sun

In this 2003 Paradox Interactive grand strategy game, a player must guide a country through the Industrial Revolution, warfare and other historic events.

Queen Victoria probably does not spring to mind as a character who’d appear in this popular 2015 action-adventure video game, developed by Ubisoft Quebec, but even here she reigns.