Alexa Roeper, CEO and co-founder of Penta Medical, took top prize for her company’s product, Helios, at the inaugural Canadian Female Founders Hardware Cup. It took place during the We Are Wearables Toronto event, which took place on March 28 at MaRS and featured six female founders, working on a range of products from connected toys to wearables for athletes to mixed reality technology.

The Canadian Female Founders Hardware Cup, the brainchild of IDEABOOST’s Ana Serrano and WWTO’s Tom Emrich, is the only pitch competition for female founders that feeds into the prestigious and highly competitive annual Hardware Cup in Pittsburgh, a city known for its dense hub of hardware innovation, robotics and advanced software activity. 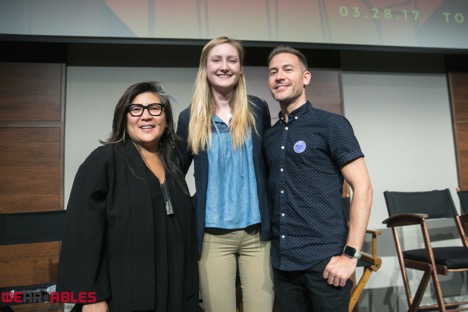 Helmed by AlphaLab Gear’s Managing Director Ilana Diamond, an entrepreneurial executive and a model for the Canadian Female Founders Hardware Cup, this year’s Hardware Cup finals will have a grand prize that includes $50,000 US investment and a showcase slot at Computex Taipei, the leading trade show and global startup platform. It will take place on April 19 at AlphaLab Gear.

Helios is the first wireless infrared therapy wearable that allows users to take full advantage of infrared therapy without the inconvenience of daily physiotherapy appointments. We asked Alexa Roeper about advancing to the Hardware Cup finals, what it means to be a female entrepreneur in a male-dominated space and her advice for other entrepreneurs.

What does it mean for you to advance to the Hardware Cup in Pittsburgh?

Alexa Roeper: We're excited to have this opportunity to make connections in Pittsburgh, since the U.S. is our target market. While we plan to continue manufacturing in Canada, in the long term we plan to begin selling in the U.S. immediately following our FDA approval in the coming months. The U.S. offers a larger network of professional athletes who need to recover quickly to be able to play their scheduled games. They are interested in products like ours that increase the efficiency of existing systems. We think going to Pittsburgh is an important early step for us entering the market.

What specific opportunities does participating in the Hardware Cup pitch represent?

Roeper: Aside from the trip to Pittsburgh and the connections that we will make there, the most valuable thing we have gained so far is a relationship with CFC Media Lab’s IDEABOOST. They have a very strong network both in Canada and the U.S., and we can't wait to start working with them. Their expertise in the entertainment industry is exactly what we need as a company that's targeting professional athletes as our early adopters. 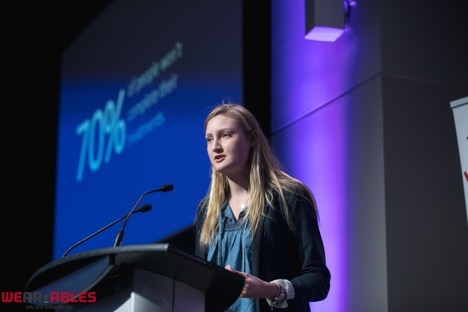 What are you looking forward to the most during the Hardware Cup?

Roeper: I'm so excited to meet all of the international companies at the Hardware Cup! This is my first international pitch competition. I'm looking forward to speaking with other founders and learning about the startup ecosystems they're from around the world. This is also the most excited I've ever been to be competing. The international teams all have amazing products that I'm genuinely excited to learn about.

Are you comfortable with the gender component to Canadian Female Founders Hardware Cup?

Roeper: The Canadian Female Founders Hardware Cup was the only qualifying competition for the Hardware Cup series that was focused on female entrepreneurs. Specifically in the hardware space, often less than eight per cent of founders and engineers are female. I think in this case, highlighting that and showcasing the women who are working on really amazing companies in the hardware and robotics space is unbelievably valuable. Gender equality is an extremely sensitive issue. I've heard many opinions on people from either ends of the spectrum — some suggesting we're not doing enough to support women working in minority female industries and others saying that specifically supporting women is unfair to men and/or makes women feel as though they didn't earn their spot. Both groups of people have solid reasoning behind their opinions. In short, though, yes, I am comfortable, and I'm very thankful that it was done.

What recent business challenge have you solved/won that made you proud?

Roeper: We're publishing our first paper on the efficacy of our device, which demonstrates the device significantly increases the rate of healing. This research is being done on a medical sciences grant from the Ontario Centres of Excellence. Our lab team has been working unbelievably hard to produce high-quality research.

Best advice you received, or want to impart, about being an entrepreneur?

Roeper: It's never too early to start working on your idea or seeking funding! It's difficult and inefficient to make progress with very little to no funding. You owe it to yourself to take your ideas seriously.

Find out more about the Hardware Cup.