One of the most wonderful days of the year is upon is – Wednesday, April 19 is National Canadian Film Day! More than 1700 events are being planned coast to coast.

On this day we celebrate the contributions and creations of our country’s multifaceted filmmakers. They’ve given us a treasure trove of stories and images that, woven together, reveal us in all our grit, emotion, diversity and complexity.

First, starting on April 19 at midnight, we’ll be streaming the multiple award-winning CFC short film, BIG GIRL for 24 hours. The video below will only be available to view from midnight on April 19 until midnight on April 20. Don't miss this rare chance to see nine-year-old Josephine learn that letting people in can lead to wonderful things.

In the film, nine-year-old Josephine (Samantha Weinstein) openly resents her mother (Patricia Fagan) for having a newfound love life. When her mother introduces her to a new boyfriend (Kris Holden-Ried), Josephine gives him the cold shoulder. A bittersweet battle of wills erupts, both heartbreaking and hilarious.

CUBE at the Royal Cinema in Toronto


We’re also excited to be at Toronto’s Royal Cinema for the 20th Anniversary screening of CUBE. This surreal, atmospheric sci-fi classic of seven strangers trapped in a seemingly-endless maze of rooms was co-written and directed by alumnus Vincenzo Natali and produced by CFC Features.

NOW Magazine’s Norm Wilner is hosting this extra-special National Canadian Film Day event, which will reunite CUBE’s key creatives and cast for a discussion with the audience. It’s free, but make sure to insure your spot here. 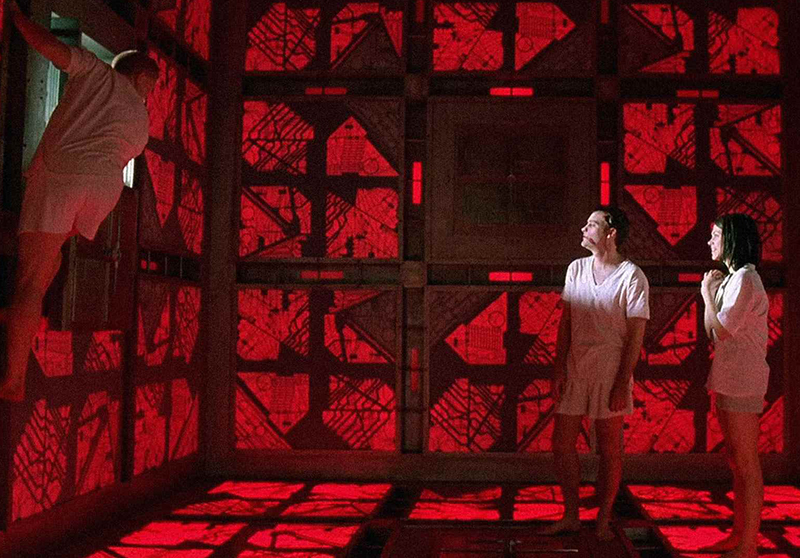 In Conversation with Suck It Up Cast and Creatives


We’re also marking the day by holding a special invite-only In Conversation with several of the key CFC alumni behind the upcoming feature, Suck It Up. We look forward to hearing from director Jordan Canning, lead actress Erin Carter, editor Simone Smith, composer Ben Fox and producers Marc Tetreault and Jason Levangie. They’ll share their insights on this beguiling indie, which premiered at Slamdance 2017.

In Suck It Up, estranged best friends Ronnie (Grace Glowicki) and Faye (Erin Carter) are grieving the death of the same man. Garrett was Ronnie’s brother and the love of Faye’s life. When Faye finds Ronnie spiraling down an epic bender, she grabs her friend for a journey through the mountains of British Columbia.

No doubt everyone will soon be enjoying Suck It Up in festivals across Canada. In the meantime, get a first look at the trailer here:

Finally, be sure to visit the CFC Collection on iTunes. It includes CFC Features’ films, as well as a variety of films developed at the CFC and produced by CFC alumni – perfect for enjoying National Canadian Film Day wherever you live.

Our friends at REEL Canada present National Canadian Film Day, so head to their website and discover what’s happening on screens near you!