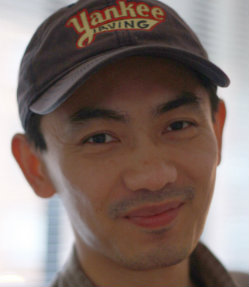 Yan Chen first met Travis Rice in a figure drawing class five years ago. They were both Americans living in Australia with a shared interest in the arts and science fiction. Eventually they would team up to co-found LENS Immersive (LENS) and create the world’s most advanced streaming technology.

LENS is a virtual reality platform and content creation house, but its heart is its unique compression codec technology, TORII (pronounced tor-ee), which provides higher VR resolution and streaming at double the speed. With this new technology, the company is making leaps and bounds in the world of data compression for creative content. Yan Chen shares some of the challenges he’s faced and what it’s like to run a start-up.

What inspired you and Travis Rice to create LENS Immersive?

Yan Chen: The idea behind LENS is that everything is moving onto the cloud. The world is moving in that direction and all data, no matter how large or how complex, will eventually need to be streamed from the cloud. So the whole experience of downloading an app, video or game will go by the wayside quickly. We thought VR would be a good first application of the ability to stream large amounts of data because VR video is 4K resolution or higher. We felt the VR industry needed a platform to be able to stream that content; hence, we created the LENS Immersive platform to do exactly that.

The company was launched in 2015. What have you learned about running a startup over the last couple years?

Chen: My friend likes to say that when you run a startup, you’ve got to have a really strong back. That’s definitely true [laughs]. One of the things we learned is how to operate a business from all aspects, whether it’s operations, marketing, engineering or business development — we’ve learned all the facets of what it takes to run a successful business. We’re a very small, lean team. I think it’s a great skill to stay lean and still get everything done.

TORII is the world’s most advanced streaming technology. Did you create the technology yourself?

Chen: Yes, TORII is completely proprietary. So while I’m the CEO, I’m also the CTO and work with a great team of engineers. They come from all walks of life, but one thing they share in common is that they are brilliant at computer science and math. Data compression is a very specialized field and there are few people in the world that do it, so it’s kind of impossible to go out there and just find a data compression expert. You have to breed that in-house with the right foundational skills.

How long did that take to develop and what challenges did you face?

Chen: We started in July 2016, so we haven’t even been doing it for a full year. I think the biggest challenge is not so much the technical aspects — we’ve always known we could do it. The challenge is convincing everyone else that we can. I think common sense would say, if you haven’t done it before, what makes you think you can do it now? Common sense would also dictate that giant companies like Google and Facebook and Cisco are all trying to do the same thing. What makes you think you can beat them to the punch? I have to remind them that all those companies started with a small idea as well. None of them were giants and they grew into that from one or two brilliant ideas. It’s that process of convincing, showing everybody that we can do exactly what we set out to do — that’s been the largest challenge.

What prompted you to join CFC Media Lab’s IDEABOOST Network?

Chen: Almost one year ago when we heard [CFC Media Lab Founder and Chief Digital Officer] Ana Serrano talk about VR and content here in Sydney at a conference called 360 Vision. She espoused some strong ideas on how content and creativity comes from stories themselves, not the medium. VR is a great medium, but it’s simply a new tool and it’s not going to reinvent storytelling or how a person perceives a story just quite yet — not until we learn how to leverage it and add it to our storytelling arsenal. So we really loved her message. We liked hearing her stay true to what we think our core beliefs are. That made us want to join CFC because we thought she was such a wonderful spokesperson and really strong in her ideas. 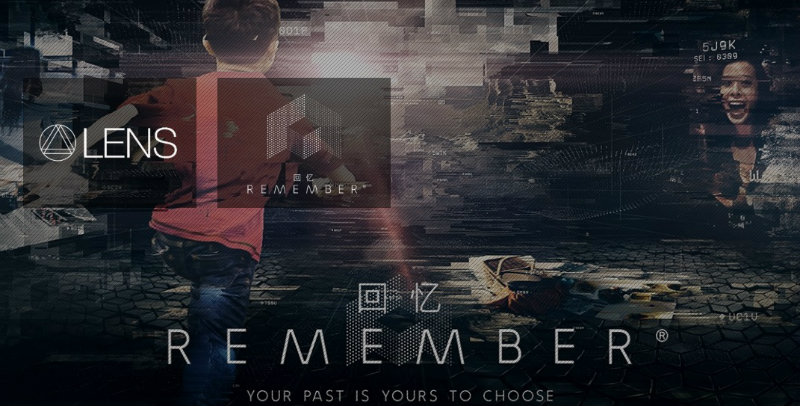 LENS recently launched its first digital series, Remember. Can you talk a little about that project?

Chen: Remember encompasses some of our content strategy’s core tenets. Remember is a short story about a dystopian future where an AI/VR Interface has taken over the memory of a person and manipulated her memory to his own nefarious ends. The end of the episode alludes to what those ends are. Remember is important for us because it showcases one of the things we believe in, which is also one of Ana’s points: good storytelling can happen in all mediums. So we have Remember in both VR and standard television format, which tell exactly the same story in slightly different cinematic ways.

Do you think the premise behind Remember is something that could actually happen one day?

Chen: [Laughs] Absolutely. The premise is really a look through the lens of our predictions of the future. Remember is a little bit dystopian, a little bit dark, but I think the core idea — digital assistance in a virtual 3D world that can help us with our day-to-day lives, even to a point where it can insert or delete our memories — is very much a reality. The new Ghost in the Shell movie is alluding to that end as well. A lot of great science fiction properties are heading down the same track.

Can you share any VR trends to look out for?

Chen: I think one of the trends to look out for in the near future is a replacement of 360 videos with VR videos. In VR everything has to be stereoscopic; only with that do you have a strong sense of presence and immersiveness. I think that’s going to be a trend that’s going to take the industry by storm. I think we’re going to see a lot of 360 cameras that are not stereo-worthy quickly become stereo-worthy, and we really feel that the whole 360 aspect is here to stay for VR.

How do you see LENS Immersive growing over the next two years?

Chen: LENS Immersive in VR is really a showcase of our technology. We see that in the next two years that we’re going to take our encoding technology, TORII, and start expanding that into AR and 3D streaming. And that’s always been our goal, to take our core technology and apply it to new aspects, industries and verticals. So I think you’re going to see LENS staying strong in VR, but also branch out in 3D streaming and AR streaming.

This interview has been edited and condensed for publication.

IDEABOOST Accelerator is a four-month bootcamp for tech companies that want to achieve success and scale in the media and entertainment ecosystem.An initiative of the Canadian Film Centre’s Media Lab, in partnership with Corus Entertainment, IDEABOOST provides high–potential Canadian startups with seed investment, mentorship, and access to its network.