The Canadian Cinema Editors announced the nominees for the seventh annual CCE Awards this morning. We are pleased to share that 12 CFC alumni received nominations for their work on 15 different projects.

Congratulations to our alumni and all nominees for the 2017 Awards! The winners will be announced at the Awards Ceremony, to be held on June 1 in Toronto. 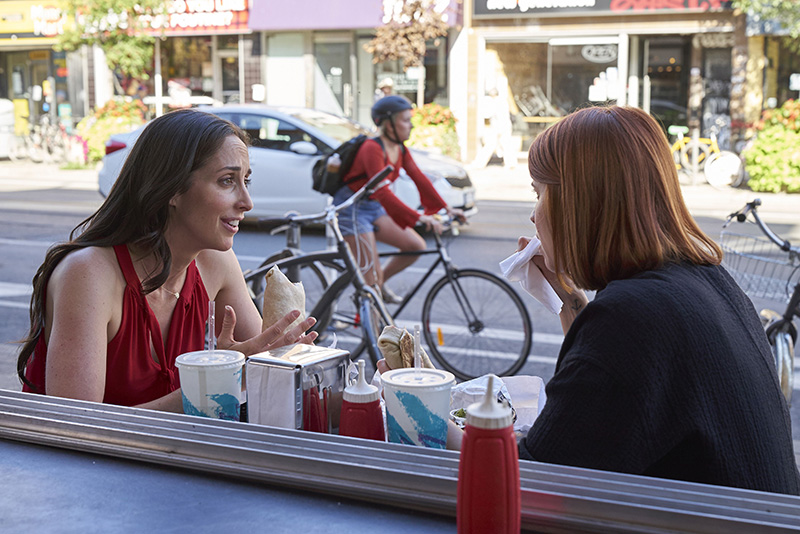 A scene from 'Bare' in 'Workin' Moms', a CCE Award-nominated episode edited by Jonathan Eagan.

Read the announcement for the CCE Awards and full list of nominations here.