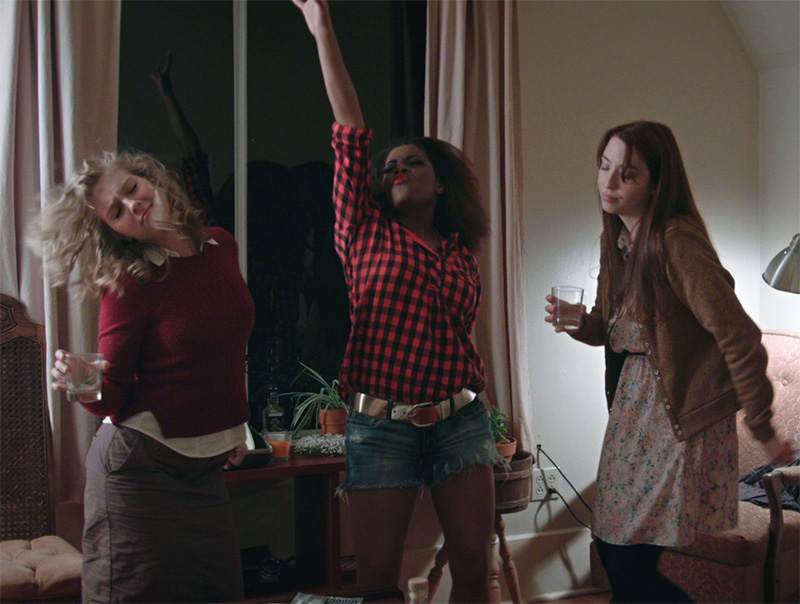 “With involving characters and a tremendously talented ensemble cast, ‘Sensitive Parts’ makes you hope for the day that Prost gets to work his magic with a higher budgeted film.” –Richard Propes, 'The Independent Critic'

With National Canadian Film Day right around the corner (April 19), here’s your chance to help bring new Canadian voices to the fore!

A dramedy shot in Vancouver, Sensitive Parts tells the story of Dolore (Carolyn Yonge), a young woman trying to overcome her social anxieties. When Dolore introduces her new boyfriend Ruin (Sean Marshall) to her best friend Sinead (Jennifer Kobelt), she learns they share a less-than-platonic history.

Join the conversation and get updates:

"Part rom-com, part social drama, Sensitive Parts is an intelligent, tactful, and very funny film. Benefitting from an outstanding script from Prost, and an incredible central performance from Yonge, the movie felt like a lost gem from Woody Allen's back catalogue. There is a genuineness to the characters which is the foundation of the film, their interaction is completely believable and their emotions are poignant without feeling saccharine."