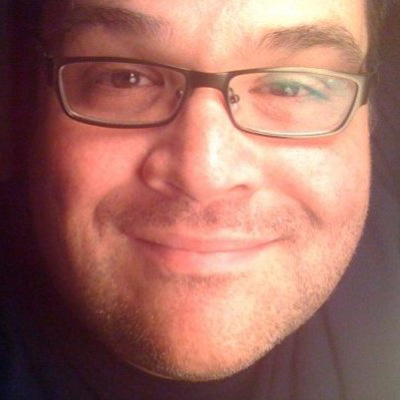 We are deeply saddened to share that our CFC alumnus, mentor and much-loved colleague, Denis McGrath, died on Thursday, March 23, 2017, after an illness. He was 48 years old.

Denis was an alumnus both of CFC Features in 1998, and then of the 2001 Prime Time TV Program – where he met, worked alongside and formed strong enduring friendships with Rob Sheridan and Jason Belleville, among others.

It was Denis, who after completing the Prime Time TV program, made the seemingly simple suggestion to expand the program offering to include the development of each writer’s original series, in addition to the story room experience. This was a significant change that forever altered this program for the better.

It was his commitment to the well-being of writers, to the building up of our creative community, to the pursuit of excellence, and Denis’ own natural ability to share information and teach that made him a sought-after and valued mentor to many here at the CFC, and out in the larger creative community.

Over the years, and no matter how busy he was, Denis always made time to be an advisor, guest and project mentor to our writers, along with hosting the occasional master class and case study with notable guests. So we were delighted when Denis returned in 2011 to head up the CFC’s Prime Time TV Program as its Executive Producer in Residence – a decade after he graduated from this very program. It seemed fitting to officially mark his significant contributions to the CFC in this way.

Denis was an accomplished and award-winning screenwriter, playwright, producer and blogger. He was an excellent mentor, teacher and a dedicated and active member of the Executive Council of the Writers Guild of Canada.

“Whether you did or did not like what Denis had to say, you had to respect Denis’ sharp analytical mind and that his was an extremely well informed and outspoken critical voice,” says Kathryn Emslie, Chief Programs Officer, CFC. "So many have already said this, but Denis’ commitment to our creative and cultural industries will be greatly missed, and while his creative and professional contributions deserve our recognition and thanks, they do not overshadow his personal contributions. Denis was above all else kind, smart, loyal, fun, clever, political, a lover of life and a passionate human being. His largeness of spirit and incredible generosity touched a very long list of people, who were lucky enough to call him friend, brother, son, husband and partner. He will be greatly and dearly missed."

Last Friday, after his death was announced by the WGC, Denis’ name was trending on Twitter. Tributes poured in from far and wide, reminding all of us just how many people have been touched and inspired by Denis both on and off the screen. We here at the CFC join them. We will miss him more than we can say.

Read these three warm tributes to Denis McGrath, one from Etan Vlessing at The Hollywood Reporter; one from Vinay Menon at The Toronto Star. and one from Brad Wheeler at The Globe and Mail.