If you’ve been following the virtual reality posts that CFC Media Lab has published last year, one thing becomes clear -- technology that was once little more than a concept is now in the hands of millions of consumers around the globe.

“You’re starting to see a market. We didn’t have that two years ago,” says Frederic Guarino, guest programmer of the inaugural IDEABOOST Network Connect Summit that focused on VR. With tens of millions of headsets now in circulation (according to the most recent Google announcement, 10 million Cardboards alone have been distributed), Guarino believes that the VR install base is large enough to fuel an even bigger revolution. “Now we’re looking for the iPhone moment. We’re looking for the apps that are going to drive people into stores.” 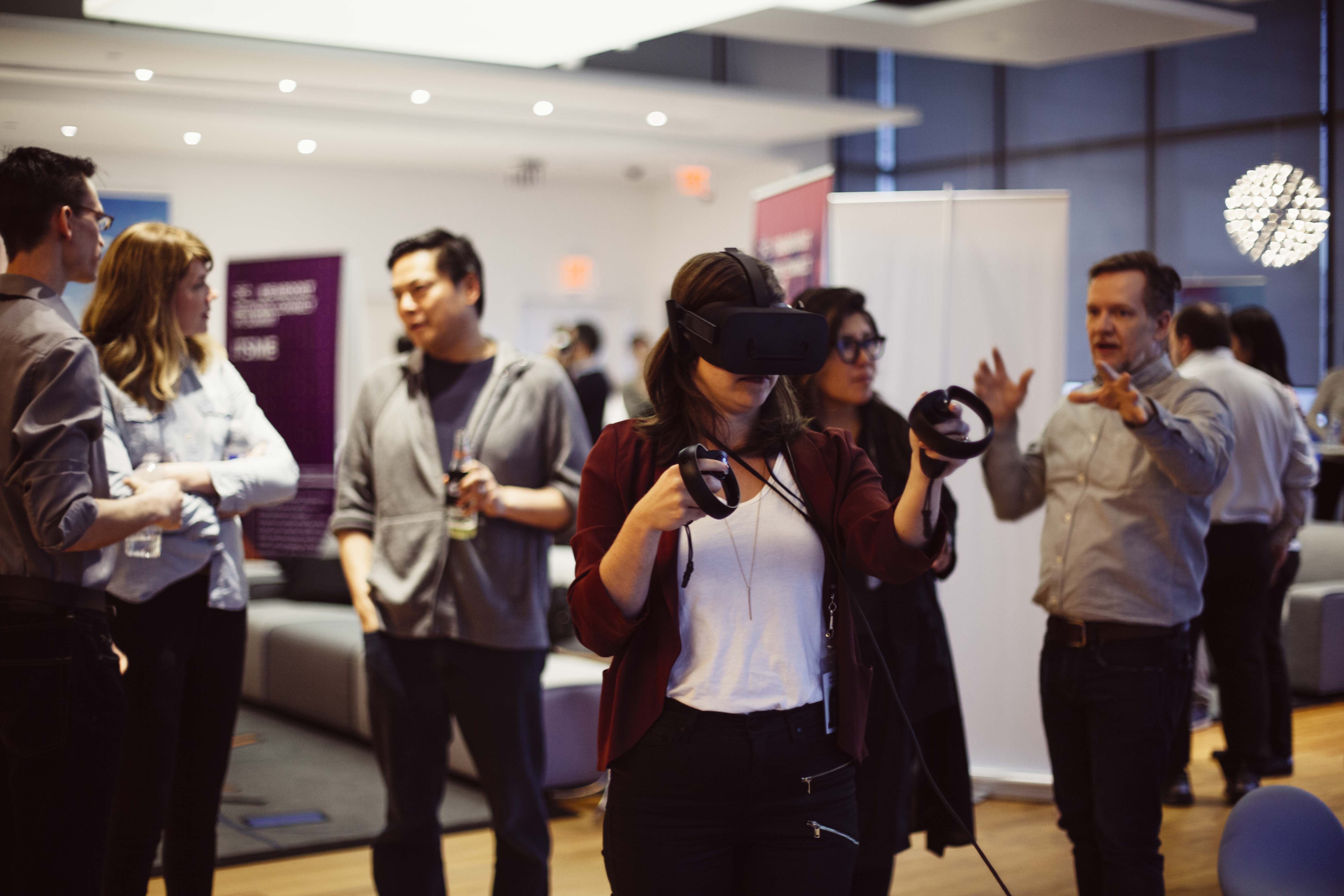 As Canada’s only digital media and entertainment accelerator, IDEABOOST has taken steps to build a collaborative close-knit community of VR startups, as evidenced by the recent Summit, but it also provided entrepreneurs with practical advice to help them build successful businesses. With that in mind, here are five tips for any startup looking to navigate the VR space.

In Silicon Valley, the VR hype was at its peak about two years ago, when venture capitalists (VC) anticipated a rapid transformation of the consumer market. That revolution has not yet come to pass (at least not at that pace). Tom Emrich, a venture capitalist with Super Ventures and a panelist at the Summit, told guests that investors have since become more selective, making things more difficult for startups that are new to virtual reality.

Yet there are still plenty of opportunities. Early sales for headsets are tracking similarly to early sales for the iPhone, and there’s every reason to think that growth will continue. The projections that drove the initial hype were simply unrealistic. While VR remains an unproven commodity for the general public, it will be an easier sell if companies can give consumers a more accurate picture of the landscape.

“For people on the street, it’s still being hyped to them,” says Guarino. “We have to be very clear to the marketplace that no, it’s not The Matrix. We’re on our way, but we’re not there yet.”

The key will be bridging the gap between expectation and reality. VR is no longer science fiction. It is an emerging tech field with obstacles that require tangible solutions. A more grounded approach will remove some of the gloss and give both developers and consumers a better sense of what it looks like now.

2. Entertainment is Not the Answer

The first wave of VR venture capital went to entertainment companies but many of the most profitable applications of VR have been seen in training, education and other practical fields. Those alternatives are attractive to VCs because they provide a more stable business foundation and offer more predictable revenue streams for investors.

“If you were lucky enough to get in on that first bubble, then you would have raised money quickly. If you didn’t have the opportunity to raise money at that time, that’s where your strategy might need to shift to B2B to show where the revenue is going to come from,” says Ana Serrano, the Chief Digital Officer at the CFC and the Managing Director of IDEABOOST.

“The companies that are making money today – and that’s what VCs want to see – are on the service side, whether it’s medical, training, military or some kind of product,” adds Vlad Dascalu, one of the founders of PinchVR and a participant at the Summit.

The takeaway is that if you’re looking to launch a VR venture in 2017, you’re better off creating a product that meets an identifiable need, more so than chasing a recreational still-nascent market. The companies that do so are the companies that will be successful.

“You’re trying to be pragmatic,” says Guarino. “Look at VR as greater than the entertainment space.” 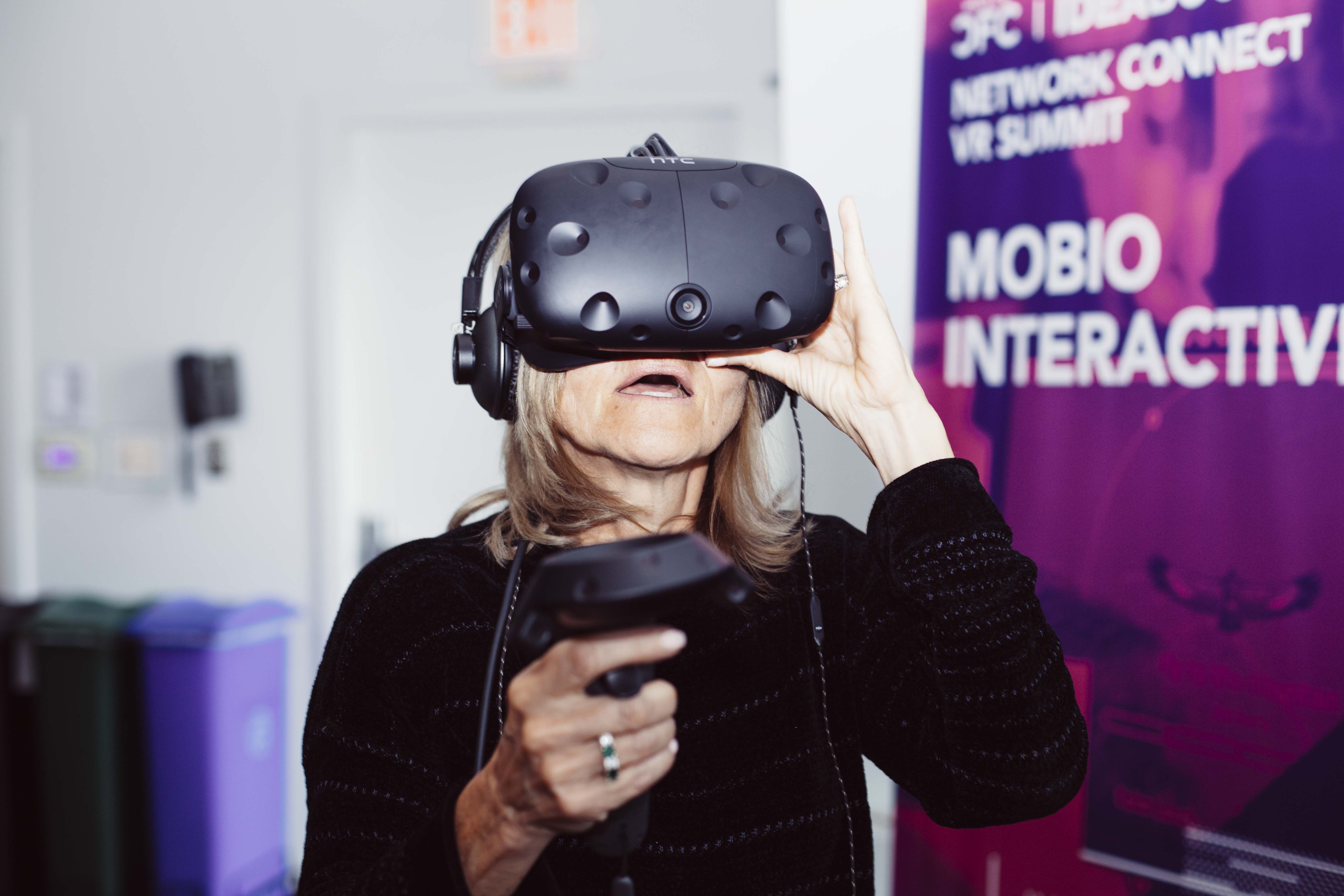 Virtual Reality is not the only platform that utilizes immersive 3D technology. Augmented Reality (AR) and Mixed Reality (MR) blend the real world with the digital world, and many of the skills needed to develop in one are transferable to the others.

That’s why anyone working in VR should be familiar with the latest trends in AR, MR and other related sectors. The emergence of AR and MR has created a new wave of hype in Silicon Valley, so companies that are able to pivot will have a better chance to secure VC funding.

“You need to be as agile as possible,” says Guarino. People are discovering new applications for VR. In many cases, the product you thought you were making is not the product that you eventually take to market. You don’t want to become so attached to your original idea that you can’t transition to a better business model when it becomes necessary.

Startups with a narrow focus will blind themselves to potentially lucrative opportunities. The ability to adapt will be crucial for companies struggling to stay afloat.

From the Oculus Rift to the HTC Vive to the Samsung Gear, the choice of platform is one of the most important decisions facing any VR developer. The market has yet to adopt a common standard, so choosing the wrong headset could be a death knell if that headset becomes the Betamax to a competitor’s VHS.

Fortunately, there are ways to mitigate that risk. With Google’s WebVR, software developers are now able to build directly for the web. The all-purpose platform will chill the impact of any console war and make the VR ecosystem safer for startups active in the space.

The broader point is that you don’t want to limit yourself to one platform. Smart entrepreneurs will want their product to be compatible with as many headsets as possible to guarantee an audience, no matter which hardware manufacturer comes out ahead.

5. Learn from Your Mistakes

Many tech startups don’t get everything right the first time. As with anything else, those that survive are the ones that are able to learn from their mistakes.

PinchVR is an excellent example of what that looks like in practice. The company has created a VR headset with multi-touch controllers that can be shipped through the mail for as little as five dollars. In the past two years, PinchVR has pivoted to focus on immersive B2B marketing solutions. That’s not what Vlad Dascalu expected he’d be doing – he originally thought PinchVR would end up in the entertainment space – but it was the right decision based on the market and the product that PinchVR had been developing.

“I think a lot of companies in VR are technology purists. The focus needs to be figuring out the business problems where VR can disrupt the status quo,” says Dascalu.

Once you do find your niche, you need to be able to scale quickly to exploit that window. No one knows how the VR market will evolve in the next few years. Flexible companies will be well positioned to take advantage of any opportunity. The successful ones will look beyond the hype and idealism to find practical solutions to current problems, wherever they happen to appear.

Applied AI, VR and Millennials to Dominate in 2017