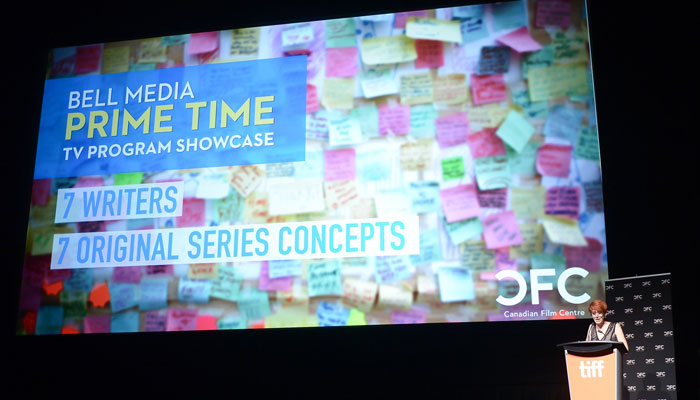 In the CFC’s Bell Media Prime Time TV Program, a successful showrunner serves as Executive Producer in residence, guiding a real world TV story room experience for six to eight selected writers. Writers spend two and a half months working as a story department, developing the executive producer’s original series intended for the marketplace and strengthening their writing, story and collaborative skills. Then, in the latter half of the program, building on the story room experience, they develop their own series concepts through a myriad of workshops, story sessions and marketplace meetings with key industry leaders. The program concludes with an industry showcase event.

During the 2017 Bell Media Prime Time TV Program Showcase at TIFF Bell Lightbox on Monday night, the CFC premiered seven new and compelling TV Teasers from Bryce Gamache, Laura Good, Matt Houghton, Emily Hurson, Karen Nielsen, Hayden Simpson and Justin Rawana. These teasers are tantalizing short promos generated from each writer’s original series concept. They are designed to give you a taste of who these writers are, what kind of material they’re drawn to, their unique voice, and to give you a glimpse into the world, the characters and themes of their original series. This year’s lineup demonstrates real range, both in terms of who these writers are, as well as their exciting series concepts.

Award-winning and dynamic creator, screenwriter and executive producer Karen Walton was among the crowd cheering on the writers and their work Monday evening. An alumna of the Writers’ Lab herself with credits in groundbreaking film and television productions like cult fave Ginger Snaps and hit TV series Orphan Black and The Listener, Walton was this year’s Executive Producer in residence running the story room, working with the writers to develop her original new show, Corridor. 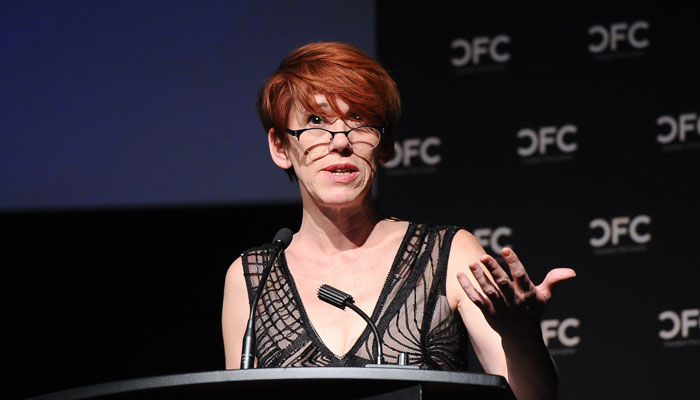 During the showcase event, Walton spoke about her experience in the story room portion of the program, saying that it was an “absolute career highlight” and the “best television room [she] had ever participated in.”

“I say this not only because I’m biased as its leader or guide, but because I had the privilege of working with seven leaders and guides, who taught me as much about the craft, the career, and creating excellent television as I could have imparted to them.”

The CFC’s Kathryn Emslie, Chief Programs Officer, and Slawko Klymkiw, CEO, introduced Monday’s screening with a sizzle reel illustrating the impact this program has had in just the last 3 years alone.

“We’re really proud of the talent and content this program has helped develop,” Emslie said. “But none of this would be possible without our amazing and generous mentors, the incredible support from our industry, and the commitment of our partners.” 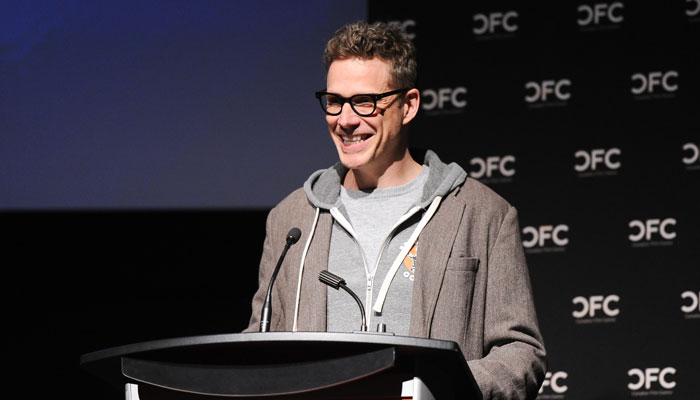 Klymkiw noted how vital our partners are, acknowledging our latest TV sponsor ABC Signature Studios before thanking Bell Media for their longstanding and continued support of the CFC, and specifically this program. He then invited Tom Hastings, Bell Media’s Director, Drama, Independent Production, to the stage. Hastings talked about the rich history of Bell Media as a CFC partner, stating that this program is “the wellspring that nourishes our whole industry.”

“We, on the network side, are only as good as the writers that come to us with ideas, scripts, drive and passion,” he continued. “I just know that many of you will soon be working with us on your own projects and in many rooms, joining many of your alumni who are already in key creative positions at shows across all the networks in this country.”

Walton then joined Hastings onstage for the formal presentation of certificates to the graduating residents. Then the lights dimmed for the screening. 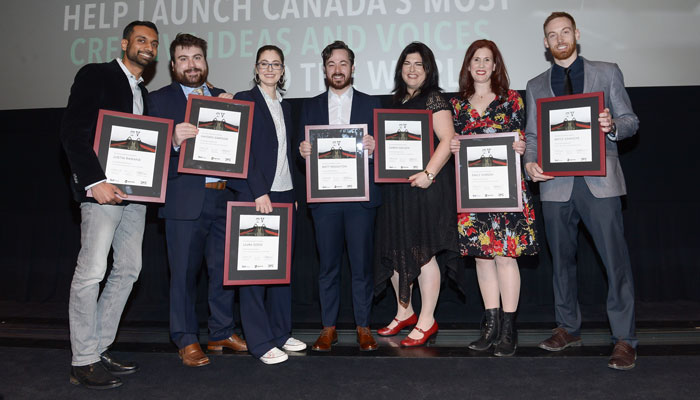 These seven writers’ concise, entertaining promo pieces illustrated not only their specific series concepts, but also their larger creative vision. The promos demonstrated the high-calibre work these writers are capable of generating across multiple platforms and genres.

Take a look for yourself below and glimpse a future hit. Previous CFC-incubated successes include Travelers and Orphan Black, both developed by executive producers in residence and their teams of writers in the program, and Global’s hot new series, Mary Kills People from alumna Tara Armstrong in the 2014 program.

After the screening, everyone headed over to the Studio Event Theatre for a well-deserved reception to celebrate.

The TV Teasers would not have been possible without the talented directors, producers, editors, cast and crew who brought our writers’ words, characters and worlds to life. Special thanks to the 2016/2017 Slaight Music residents for scoring and composing all of the teasers.

Our sincere gratitude extends to our program partners, Bell Media, the Government of Ontario and ABC Signature Studios, for nurturing Canadian talent and for making this program possible.