​Geeking Out at February Freeze: Latest in Screen-Based Technology


In its 16th year, February Freeze is an annual one-day event in Toronto where top industry manufacturers showcase the latest screen-based technologies. Ironically, this year a same-day ice storm made the event live up to its name. Inside, February Freeze gave me a true taste of what it’s like to be on a movie set, albeit one amplified to the extreme. The showroom floor was lit enough to illuminate a small city.

Better Way Lighting was onsite, showcasing a variety of light strips and panels that included RGBW colour-addressable, super-high output lighting, which could potentially be used for intricate micro-spaceship designs. Dedolight had a projection system with cast custom gobos – including the bat signal! – that could project onto distant surfaces with crisp detail. 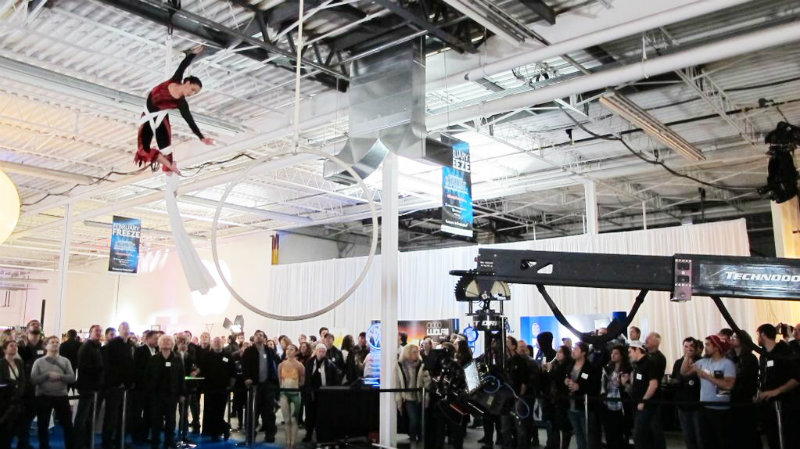 At the centre of the showroom, a crane and high-speed camera setup captured an exhilarating spectacle of silk aerial and hoop acrobatics. A precision remote guided the crane and camera, revealing the images in crisp detail.

Thanks to the latest crane from White, acting and driving on camera has never been easier. The camera and heavy-duty truck combo, with a trailer that can hold the front wheel, means actors can now safely act while “driving” on the road, without the danger of steering astray. 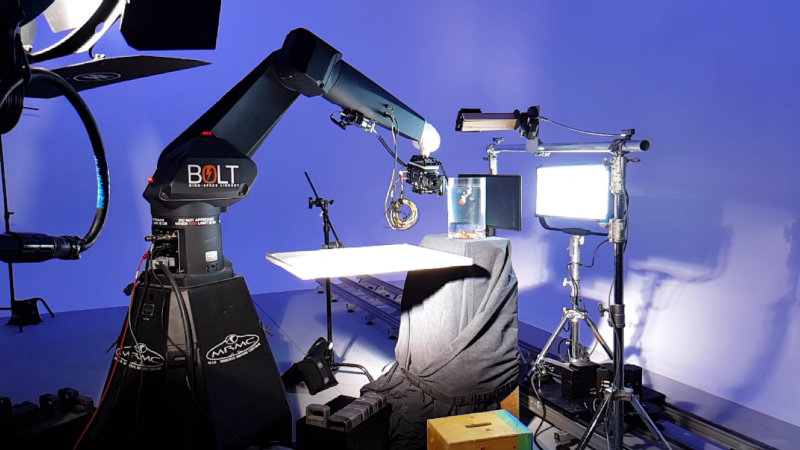 I was impressed by BOLT, the fastest high-speed camera robot in the world capable of cinematographic wizardry. BOLT accelerates to its maximum velocity almost instantly, supporting 1000+ fps shots coming alive with camera motion. A demo filmed onsite showed boots stomping down in mud with droplets spraying ever so slowly through the air. The camera rotated around the boots, perfectly framing the action. 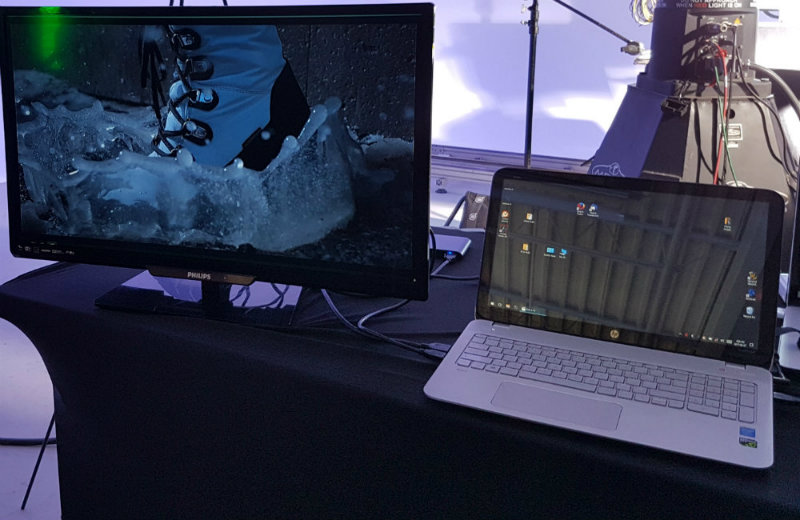 Aerial Mob’s latest professional drones included retractable landing gear and gyro-stabilized cinematographic cameras. Vistek had the Freefly MoVI Pro Handheld Bundle on display, mounted to a stabilization vest. The person wearing the stabilized camera rig controls the Z-axis, and the rest can be controlled through a handheld accelerator/gyrometer sensor operated by a second individual, to keep the shot in focus with wireless video transmission.

I also had a chance visit Quantum Capture, which is now in the William F. White’s building. Quantum Capture enables individuals creating extremely precise and detailed models. It’s great for use in AR/VR and computer animation. which can have full skeletal tracking, using a 100+ and growing DSLR rig. 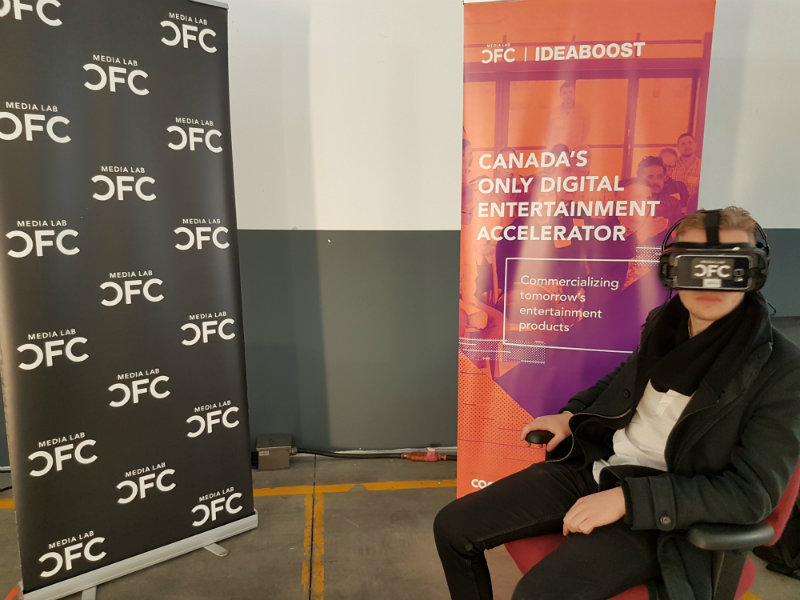 CFC Media Lab showcased two 360 videos. They screened The Closet, produced by our very own Ana Serrano and directed by Ian Tuason, about a young man who investigates strange supernatural forces in his new home.

It was amazing to see all the leading-edge technology in the film, media and VR industry on display. I already can’t wait for next year’s event.

Who's Who of VR Showcase Latest Works at Cannes 2016

Applied AI, VR and Millennials to Dominate in 2017