On Monday, January 9, the capacity audience at TIFF Bell Lightbox Cinema 2 caught a sneak peek of Workin’ Moms, the new CBC series created by Catherine Reitman. We were treated to two episodes of the new half-hour scripted comedy, followed by a panel discussion with its leads, writers and producers.

The CFC was delighted to attend, and especially pleased that four of our alumni are involved – director Paul Fox, editor Jonathan Eagan and actors Varun Saranga and Gabe Grey.

Workin’ Moms tests the modern ideal that women can have it all – work, children, relationships. The series follows four women who befriend each other in a mommy-and-me group: Kate (Catherine Reitman), a PR star; Anne (Dani Kind), a no-nonsense psychiatrist with two children and an unplanned-for third on the way; Frankie (Juno Rinaldi), a real estate agent struggling to stay positive despite postpartum depression; and former sorority girl-turned-IT worker Jenny (Jessalyn Wanlim), waking up to her edgier side.

Together, these women juggle love, careers and parenthood while returning to the workforce. The result is a bittersweet chronicle of their funny, sad and sometimes surreal experiences as working moms.

In her introduction, Bonnie Brownlee, Executive Director, CBC Communications, Marketing, Brand and Research, said that before production on the series started, she knew it would engage audiences with its “authentic, funny and thought-provoking material.” Sally Catto, General Manager of Programming at CBC, added it was a comedy that would make people “linger and think” and “honour the truth of being a mother. 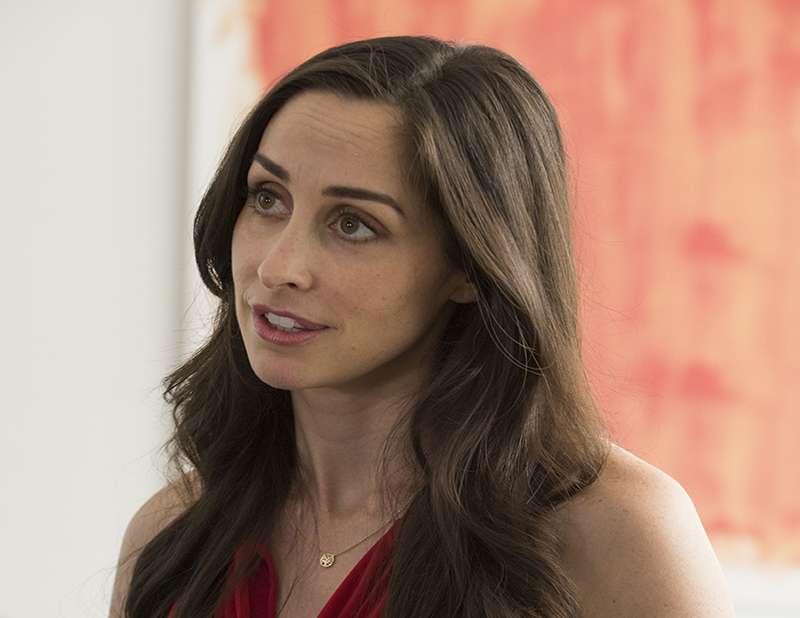 Catherine Reitman as her character, Kate.

Series creator, executive producer and star Catherine Reitman spoke briefly before screening the first two episodes. She created Workin’ Moms, in part, to speak to women like her who “got pregnant and then got scared” – especially as they returned to their careers. She saw both humour and pathos in the resulting “identity crisis."

The conversation kicked off with Reitman discussing how Workin’ Moms was based on her experiences. She headed back to work six weeks after giving birth to her first child. Scenes were derived from real life, like when her own preschool group shut her down from trying to delve into her fears. The moderator breezily turned the conversation back to yoga; Reitman’s edgier topic apparently “wasn’t on the docket” that day.

Reitman was pregnant when the series was greenlit. Her real-life second baby, Liam, is featured in one poignant scene at the end of the second episode. Kate struggles to produce enough breast milk and get her baby to accept it. Others pressure her to try formula, but that leaves her feeling increasingly inadequate.

During the panel, three of the female leads discussed the audacious series opening: the leads bare and discuss their breasts. The largely female cast and crew created a supportive environment that enabled that vulnerability – and set a tone for the series. 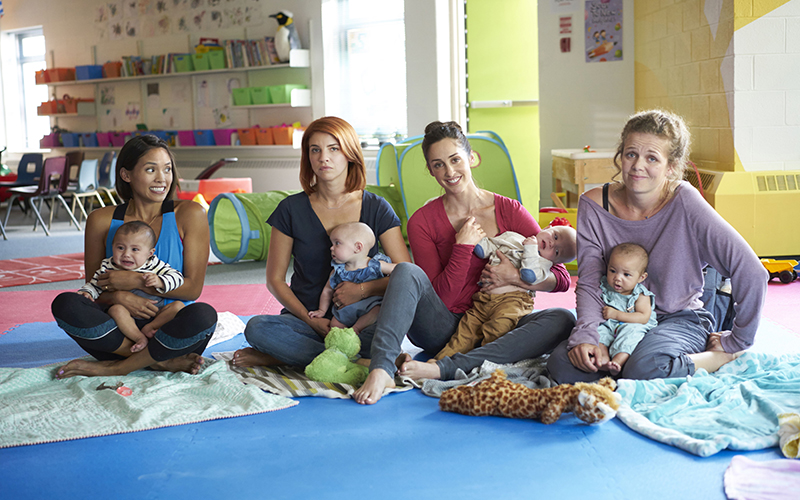 Reitman, Kohler and Moore discussed the writers’ room, and how they were rejecting a sunny, simplistic “mommy-com.” They sought real women’s experiences, with honesty and fears, not the usual suspects on TV like mothers without flaws, or “just a single adorable one,” they all laughed.

Sternberg added that mothers are often put in a “societal cage,” constrained by expectations. By establishing a truly collaborative and largely female writers’ room, the series challenges this cage, showing mothers who are smart, strong, sexual, angry, terrified, tired and confused – sometimes all in the same episode.

Everyone noted how humour can exist even in the most heartbreaking moments of motherhood, like living with postpartum depression. So often, Reitman said, it’s portrayed as completely debilitating. Yet for many women, falling apart isn’t an option. They keep getting up while facing their demons down. Rinaldi described her own postpartum depression and how it shaped her role. She was most proud of her own character’s arc and its “dark hilarity."

“Dark hilarity” captures Workin’ Moms’ tone well, for the best comedy embeds serious stuff in the laughs. We look forward to knowing these four flawed, funny women more in the months to come.

Workin’ Moms airs on CBC on Tuesday nights at 9:30 p.m. Catch up on missed episodes here. 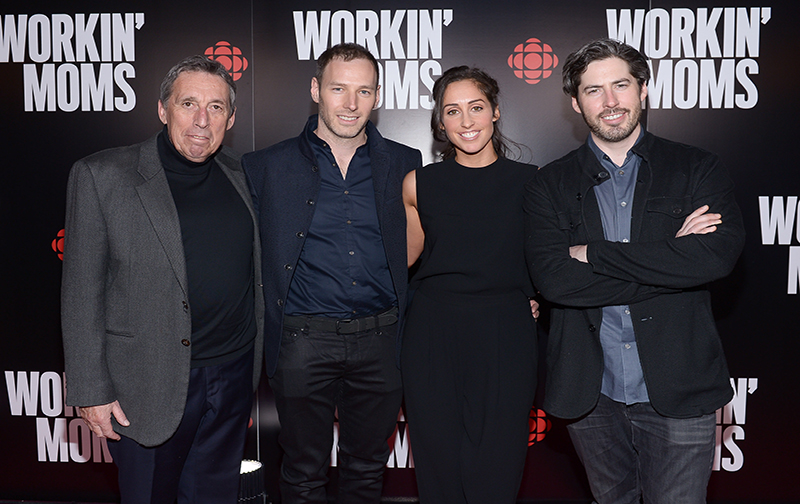