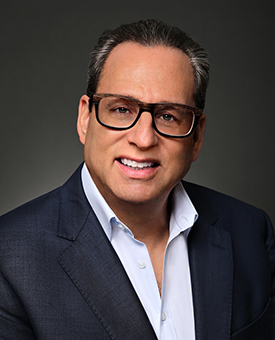 Entertainment One is a global independent studio headquartered right here in Canada with an exemplary track record in television, film, music and distribution. Since 2008, John Morayniss has led eOne Television as Chief Executive Officer, growing the TV business from revenues of $100 million to close to $400 million. In his role, he oversees development, production, financing, licensing and worldwide distribution of original programs and acquisitions across all genres.

Currently, eOne Television plays a role in many of the most raved about series including producing Mary Kills People (created by recent CFC resident Tara Armstrong, with CFC alumna Tassie Cameron as Executive Producer) for Global. They are also behind Global’s hit crime procedural, Private Eyes, starring Jason Priestley as a hockey player turned PI. Based on G.B. Joyce’s The Code, the series was created by CFC alumna Shelley Eriksen and recently renewed for 18 episodes. They are the worldwide distributor of the new Kiefer Sutherland action series, Designated Survivor, and Conviction, both through their studio venture The Mark Gordon Company. Their impressive catalogue includes Bitten (developed by CFC alumna Daegan Fryklind), Saving Hope, Call Me Fitz and The Book of Negroes, as well as factual programs and documentaries from eOne companies Paperny Entertainment and Force Four Entertainment.

The CFC recently sat down with John Morayniss to talk about how he nurtures creative talent, what kinds of ideas he thinks have traction, and how he stays inspired.

CFC: How did your association with CFC come about?
John Morayniss (JM): My first association was when I snuck into the BBQ in the early days when I was young lawyer working at Alliance. I didn’t get an invite but I so badly wanted to go to that BBQ. [Laughs]. Now I get an invite and get to go through the front door, and my relationship with the CFC is multifold.

I’m on the board, eOne is a big supporter and beneficiary of the CFC, with an incredibly strong connection to former alumni across TV, film and music. From Secret Location now being an eOne company to being the studio behind Tara Armstrong’s Mary Kills People – if you go through most of what is currently on eOne's slate, you will find some level of connection with the CFC. That’s how prolific and impactful that organization has been over the years.

CFC: What has surprised you the most about the CFC?
JM: When I step back and look at what has come out of the CFC – the variety of programs from film and TV, to the writing, acting, directing and producing talent to music and digital media – they really touch every area of the content business. The impact that the CFC has made in Canada and around the world in elevating Canada's creative brand is extraordinary.

CFC: What are some unique challenges when it comes to nurturing Canadian talent and finding new voices?
JM: One thing that can be a challenge for Canadian talent is that it's a lot harder to be heard when you're right next door to the United States, the biggest and most successful exporter of entertainment in the world. As a Canadian, you have to be bolder, louder and work twice as hard to be heard and stand out.

CFC: How do you approach creating Canadian content that has global commercial potential?
JM: No differently than any other creative undertaking anywhere else in the world. The approach requires taking creative and financial risks, discipline, trial and error, betting on talent, respecting the voice and vision of the creator, having faith in the creative process and relying on a little bit (or a lot) of luck. The process of marrying creative and commercial elements to create a global hit is alchemy and isn't about checking boxes to make sure you have the right international elements to make it appealing to a global audience. It's more about specificity of story and authenticity of character.


CFC: How do you approach innovation and risk-taking in your job?
JM: There’s creative risk-taking and there’s commercial and financial risk-taking, and the two go hand-in-hand. Our business is a confluence of art and commerce.

First and foremost, we put our faith in talent and know how important and necessary it is to take risks on new, fresh and unique voices, which is one reason why the CFC is such an exciting and important institution in Canada. Second, you have to take financial risks and be able to take many kicks at the can before you get it right. That's why size does matter – when you’re at a certain size, you can create a portfolio of content where you're able to place bigger bets and risk failing and still live to fight another day.

Third, it’s also about collaboration and partnership – whether it's a shared creative vision, or a complimentary business relationship, or a sharing of financial risk that lets you take more chances to get it right, partnerships are key. And, the Canadian track record and experience in co-productions and complicated partnerships make us uniquely positioned for success in the global marketplace.


CFC: Was there any one creative person you met or admired that inspired you and your career trajectory?
JM: I started in the business in 1991 when Robert Lantos gave the okay to hire me as a junior business affairs executive at Alliance. I really learned so much from him and the fantastic team that was working there back then. Passion was always in overdrive, the creative process was respected, business acumen was expected and hard work was rewarded.

And, for pure creative inspiration ... I've had the pleasure of meeting, on a number of occasions, Mel Brooks. I've never met anyone as funny as Mel, nor anyone who exudes such pure joy about his art.

CFC: What are your top three life lessons?
JM: First, learn and grow from the adversity you face in life. Turn those bad times into teachable moments. Second, try to always look at the positive side of everything, including people. Always give people the benefit of the doubt and see the good in others. And third, laugh a lot and don’t take anything too seriously, including yourself.